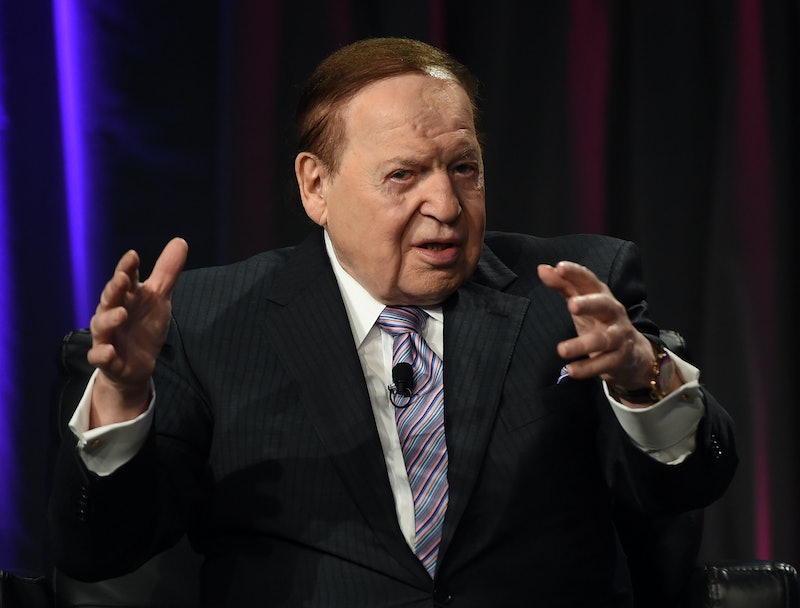 On Monday, Forbes published a list of the richest person in each U.S. state and how much they're worth. Among the 50 people named, the usual suspects are all there: Bill Gates, Larry Ellison, and Jim Walton, to name a few. What stands out, though, is how many of the people on this list have become intimately involved in the political process since accumulating their wealth. It seems that becoming filthy rich makes people want to get more involved in politics, to put it lightly.

Some of the most well-known mega donors in the country are on this list. They include Charles and David Koch, the libertarian billionaires and major power players in the Republican Party; Sheldon Adelson, the casino tycoon who spent $20 million trying to elect Newt Gingrich in 2012 and is now backing Donald Trump; Jon Huntsman Sr., father of former Utah Governor and GOP presidential candidate Jon Huntsman Jr; and hedge fund manager Ken Griffin, who spent millions to elect Illinois Gov. Bruce Rauner in 2014.

Those are all conservative-leaning billionaires, but a few liberals made the list, too. The richest person in Nebraska is Warren Buffett, who's become a staunch advocate for progressive tax reforms and even has a proposed economic policy named after him.

There's also Pierre Omidyar, the eBay founder who created the rabble-rousing investigative journalism site The Intercept and recently gave $100,000 to the NeverTrump PAC. Gates, meanwhile, has donated to Democrats on multiple occasions, though in much smaller amounts.

Rounding out the list is Ellison, who's given to both Democrats and Republicans but has recently leaned more towards the GOP, and Thomas Frist, Jr., brother of former Senate Majority Leader Bill Frist.

To be sure, plenty of the people on this list have engaged in minimal or no political activity, but it's hard to ignore how many high-profile political figures are on this list. It's also hard to ignore that most of them are donating mainly to the GOP; given that Republican economic policies strongly favor upper-income Americans, this shouldn't be much of a surprise.

This is also a reminder of how difficult it is to "get money out of politics," as many people have demanded for years. As long as we have a system of government that allows Americans to donate to the candidate or party of their choice, there are going to be very rich people trying to use their millions and billions to sway elections. It might not feel right, but hey, that's democracy.