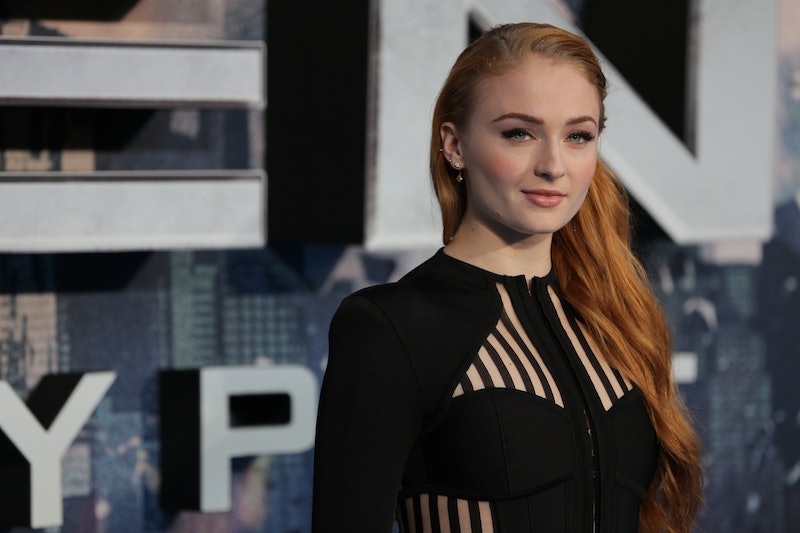 Since 2011, British actor Sophie Turner has been suffering elegantly on that premium cable juggernaut, Game Of Thrones. Now, Turner joins a franchise already in progress, cast as a teenage Jean Grey in X-Men: Apocalypse . The actor inherits the role from Famke Janssen, who played an older version of the mutant in X-Men, X2, and X-Men The Last Stand. (And in a flash-forward cameo in X-Men: Days Of Future Past.) Game Of Thrones was Turner's breakout moment, and Apocalypse is the first major post-Thrones release for the actor. Will fans of the fantasy drama and Turner's work as the displaced heir to House Stark take to the actor in this new role? Judging by Turner's own description, Jean Grey is kind of like Sansa Stark with powers.

Sansa and Jean are women of very different eras, of course. Game Of Thrones takes place inside a fictional timestream, but it has some characteristics of a medieval drama. And this X-Men is set in 1983 — mostly in the world as we know it, but with some strong exceptions. The chances are very slim that a girl like Jean Grey was ever in danger of seeing her father's severed head displayed on a spike or of being married off to a sadistic king for business reasons. But that doesn't mean she doesn't have problems.

Entertainment Weekly asked Turner how the young Jean is different from Janssen's take on her in the previous trilogy. Turner explained her character's state of mind as she begins to understand what she's capable of. It scares her, and it hampers her ability to form relationships to some degree. Turner said:

She can’t control her powers. And she and Charles [Xavier] can see just how strong she is. But she’s at the school and all the kids are kind of afraid of her so they alienate her. And she is afraid of herself so she kind of alienates herself. She’s just very, very vulnerable, and so terrified.

Vulnerability and alienation? I can't be the only one getting Sansa-arrives-at-King's-Landing vibes. Also, Jean's starting point in this movie sounds like the kind of passivity that some Game Of Thrones fans have criticized Sansa's character for over the years. “I think people really respond to characters who are strong-willed and have strong opinions,” Turner recently told Time about the divisive audience response to Sansa's survival M.O. “I think Sansa keeps everything under wraps in order to survive and doesn’t fight back immediately."

But recently, Sansa has begun to fight back. Since being reunited with her half-brother Jon Snow, they have been plotting to punish Sansa's abusers and kidnappers. Jean Grey is going to undergo her own coming-of-age, which will probably begin in earnest before the end of Apocalypse. And of course, Turner has Jean's transformation into Phoenix to look forward to. "The seeds of Phoenix definitely are planted in there," the actress told Entertainment Weekly. She also confirmed that she's locked in for two more movies, as long as her character survives.

At first glance, Turner's two most famous roles to date seem vastly different from one another. But Jean Grey and Sansa Stark share a certain sadness; perhaps that's a quality that the actor is drawn to play.