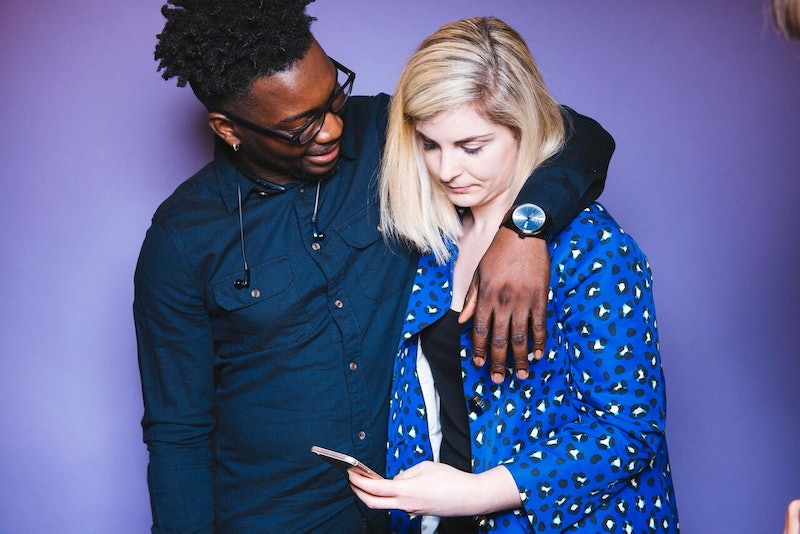 There are some people out there who couldn’t care less about whether they’re perceived as likable or not, and God Bless ‘em. However, for the rest of us who enjoy the idea of being liked by others, let’s consider some of the weird conversation habits that make you less likable for a few minutes. There are many things we do in conversations that can decrease how likable we’re thought of by others, and many of these things we might not even realize we’re doing.

If you’re anything like me, you love to talk. I can talk and talk forever — it’s something about me I’m sure makes my friends and family want to tear their hair out at times. The people I already know very well are stuck with me, but when I’m embarking on conversations with new people, I want to be sure I’m avoiding any major conversation offenses that will make these folks less likely to want to hang out with me. As we’ll see in this article, the little things can make a huge difference in how you’re perceived by others. For example, that nervous tendency you might have that makes you talk super fast? Did you know it could be killing your likability? It’s true, as we’ll talk about here. There are many other things that can play against you when you’re talking too, so let’s discuss some of them and try to rid ourselves of these little habits, and skyrocket our success in conversations. Here are 13 conversation habits that make you less likable.

Check Out: How to Talk to Anyone: 92 Little Tricks for Big Successes in Relationships , $10, Amazon

Eye contact can feel strange sometimes, am I right? I always feel this is especially true when I hardly know the person I’m speaking to. It’s like I’m trying to look into their soul or something. However, eye contact is a major tool used to enhance likability during conversations, so avoiding it can be playing against you. According to Fast Company, charismatic people use the tactic of maintaining eye contact to excel at conversations. The outlet said not to make it a full-blown stare down, but hold eye contact as often as you can and as often as feels comfortable.

If you’re somewhat of a Chandler Bing — AKA you can’t help but tell jokes when you’re nervous — just be mindful of the kinds of jokes you’re telling. For instance, a corny little pun… perfectly innocent. However, a raunchy joke? It could be perceived as totally inappropriate, particularly in situations when you don’t know the person/people you’re speaking with very well. According to Marie Claire, telling raunchy jokes can decrease your likability in conversations, so think before you speak.

Are you a fast talker? Slow. It. Down. People tend to speak very fast when they’re excited or nervous, according to Success.com. However, the outlet noted this is a quick way to kill your conversation. The outlet suggested trying your hardest to speak slow. This will also give you time to think of the right words to say without just blurting out whatever comes to your mind. Success.com said you’ll be perceived as a whole lot more confident by doing this as well.

Need I even elaborate on this? Breaking out your phone while someone else is talking is just like saying, “I really don’t care what about what you’re trying to tell me.” According to Forbes, in order to be an effective listener — and therefore likable in conversations — you should put away all distractions, including phones and other items like paperwork, books, etc. The outlet recommended being present and giving the other person your undivided attention.

I’m definitely guilt of this conversation habit. When someone is telling me a story, I tend to react by offering advice, even when it’s not needed. However, this is actually a bad thing in terms of getting someone to like you in the conversation, according to Inc. The outlet noted advice should be given when it’s sought out by the other person, but otherwise avoid chiming in with unsolicited guidance. It could even lead the person to resent you.

If you’ve ever taken a public speaking class you know one of the things they advise against is the overuse of filler words, like “um” and “uh”. Same goes for when you’re having one-on-one conversations. According to the National Speakers Association (NSA), filler words can be very frustrating to listen to for the listener. Rather than filling in your sentences with these words, NSA recommended opting for silence instead, which will leave a more powerful statement, and will make you much more likable as a speaker.

Are you actually listening to people when they speak to you? One of the biggest conversation mistakes you can make to decrease your likability is zoning out when someone is trying to speak to you. According to Fast Company, charismatic people listen intently when someone is speaking to them. This means avoiding the other things that are happening around them — ringing phones, other people trying to interrupt, dinging of a new email arrival — and honing in completely on what this person is saying to you.

For me, if someone hijacks the entire conversation without me getting a chance to even open my mouth once I instantly don’t like them. According to Success.com, if someone is rambling on and on, not only is it a mega conversation mistake for them as a person, it also gives their message much less of an impact. The outlet recommended if you’re heading into a conversation with someone, especially someone you’re trying to impress, walk through some of the things you’ll say in your head beforehand. It will make you more likable and make you seem more credible, too.

Interrupting someone when they’re speaking is yet another conversation mistake that can quickly have that person thinking of you as about as unlikable as could be. Angel Chernoff, a professional coach and blogger at www.MarcAndAngel.com, wrote “Most of the time, interrupting just means that you’re missing the best parts of the conversation.” Chernoff said in her post that by interrupting, you’re telling the other person that you believe what you have to say is of more value than what they have to say.

Ever talk to someone and they keep saying, “Oh, I’m sorry” seemingly a million times, even though there’s nothing for them to even be sorry for? Or, have you talked to someone who says things like, “I’m sorry if you were offended by that last comment,” though you’re certain it was more of an obligatory apology than anything else? Turns out this knack for insincere apologies is a conversation habit that kills credibility, according to Inc. The outlet noted if you find yourself doing this type of thing in conversations and want to be thought of as more credible and likable, break the habit. Save apologies for when you really mean them.

You don’t want to be thought of as a Debbie Downer, right? Of course not. Next time you’re chatting with someone pay close attention to if you’re coming off as overly negative. Marie Claire named this as one of its top “conversation sins.” The outlet said — while you shouldn’t fake positivity — you still don’t want to be the kind of person who can’t help but make every comment a negative one. If you’re having a horrible day but still want to come off as likable to whomever you’re speaking with, bite your tongue and remember that sometimes silence is better than words (as we talked about in the point on filler words).

While you might think you’re pulling the wool over someone’s eyes by being phony, it’s likely people are seeing right through it. NSA said authenticity is key when speaking, and those listening want to hear the real you — not some fake version of you. Keep it real, according to NSA.

Want to make someone walk away from a conversation with you and never come back? Use controlling language on them. It’s such a conversational offense. According to the Houston Chronicle, this mean starting a statement with the word “You” and then following it up with a directive. (An example would be “You need to come over here.”) Why isn’t this likable? According to the outlet, it makes the listener feel like they’re being dominated in the conversation, and it can be intimidating.

Now that we’ve gone over some of the conversation habits that make people less likable, you can examine the way you are used to interacting with others and see if any of these habits seem all-too-familiar to you. If so, drop them ASAP if you want to come off as likable as possible in future conversations.

More like this
Angel Number 1234 Wants You To Get Rid Of What’s No Longer Serving You
By Kristine Fellizar
The Spiritual Meaning Of Angel Number 000, Explained
By Kristine Fellizar
It's A Pleasure #53: Help! My Boyfriend Won't Tell Me Why He Stopped Going Down On Me
By Sophia Benoit
10 Ways To Be More Empathetic To Your Partner
By Raven Ishak and Lexi Inks
Get Even More From Bustle — Sign Up For The Newsletter