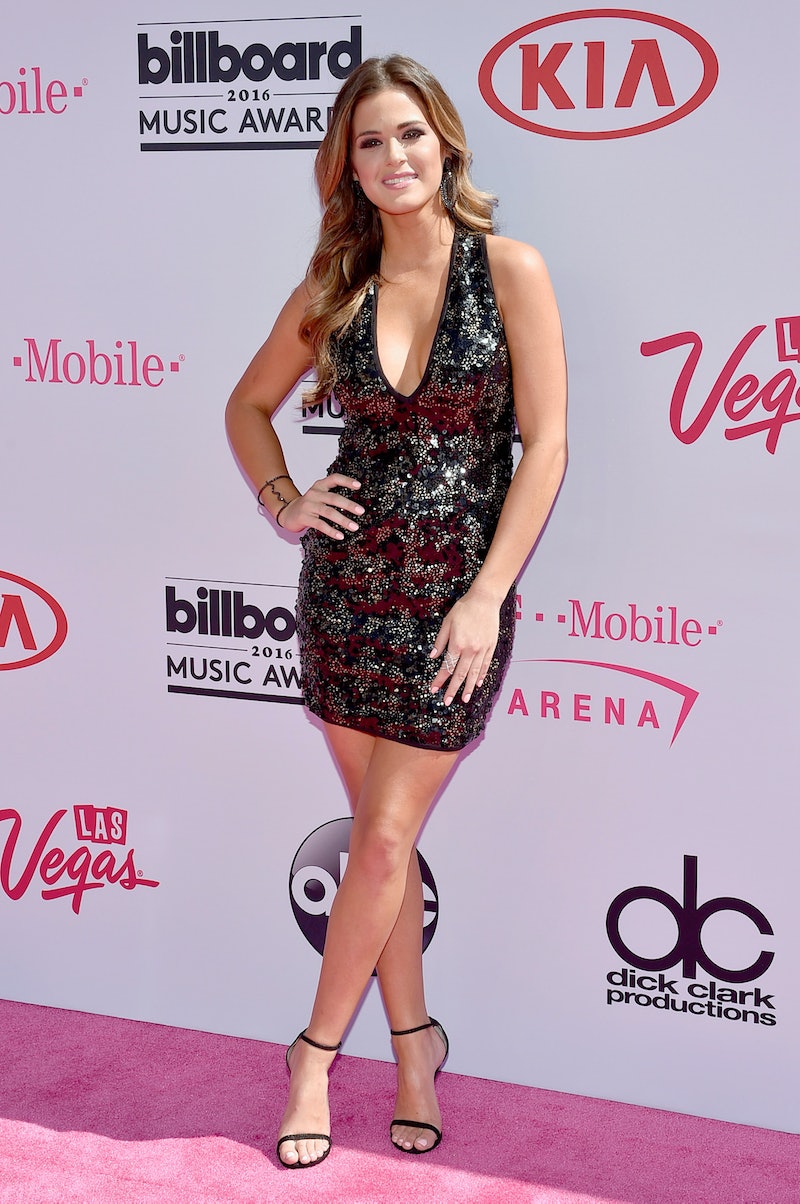 Fans and newly-discovered 'shippers alike were shocked to find out in an interview with Entertainment Tonight that JoJo Fletcher knew that one of her Bachelorette contestants was Jordan Rogers a former NFL player and brother to Aaron Rogers of the Green Bay Packers, before the season's premiere on Monday, May 23. In an episode that featured some pretty interesting (and some just plain bizarre, let's be real) contestants, it wasn't much of a surprise that Fletcher would be so interested in Jordan — he presented himself as charming, intelligent, put-together, and let's face it, he's totally hot. But, the fact that she knew he was a contestant before he stepped out of the limo? That's new news, and definitely not something that was included in the episode.

But it's not like she did anything illicit to find the knowledge. According to the Bachelorette, she simply found out about it because the leaked information was everywhere on the Internet. She also swore in the interview that his football career and his famous Olivia Munn-dating brother, didn't really have an effect on Rodgers' success on the show anyway, saying, "I don't follow football closely, so it's not like it made a huge difference, but I definitely knew that about him going into it."

That "success," of course, was substantial. JoJo and Jordan, or JoJordan as they may someday be called, seemingly hit it off right away in Episode 1. As the night progressed, they shared a passionate kiss, and Rogers was also given the "first impression" rose during the premiere episode — a touchdown if I've ever heard of one.

One has to wonder, though — if JoJo knew about Jordan's involvement in the show before the season began filming, did she reach out to him to begin communication before their initial meeting in the mansion? I mean, who wouldn't at least think about going out and talking to a contestant on your show before the show premiered if you figured out who he was? Well, according to JoJo, that was not the case: when asked in the ET interview, the Bachelorette adamantly denied any prior communication, saying "I don't know where people are coming up with these things. I've never spoken to him, never met him... no conversation, even on the Internet."

As the season progresses we'll get to see how Jordan's family connections and whatever other drama he's got lurking in his past (they all have something!) affect his rose-getting abilities. But for now, at least, we've still got that adorable kiss to hold us over.