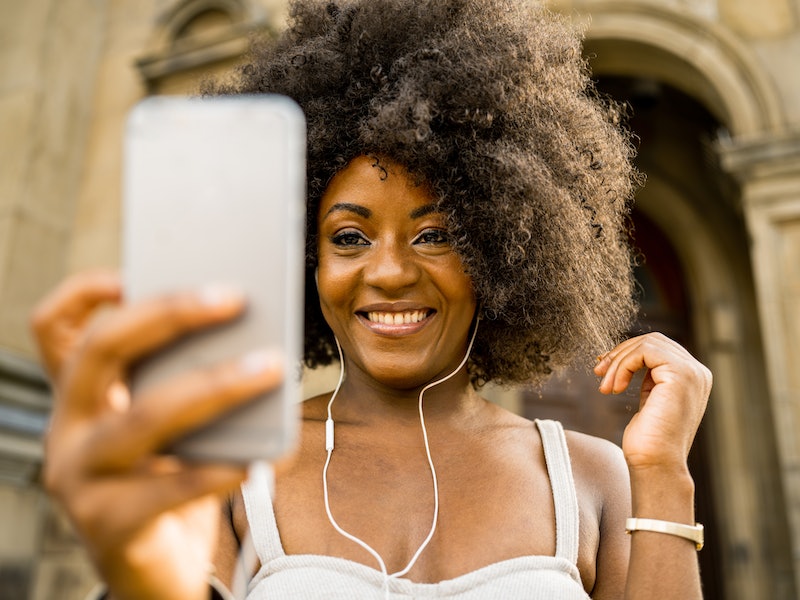 Do your selfies reveal something more about you than what you look like? A new study says, “Yep.” An article from researchers at the University of Pennsylvania reveals what your profile picture says about your personality — and it turns out, it says quite a lot.

In order to see how personality affects the photos that people post on social media, the researchers gathered profile images from more than 66,000 Twitter users, analyzing them alongside the users’ tweets to get a sense of their personalities. They also gave personality surveys to 429 Twitter users to see how their answers worked in relation to the photos they posted. Although people tend to post a lot of different images on social media, the researchers focused particularly on profile images, reasoning that these images are more likely than others to “contain important psychological cues.” The team based its assessment of profile pics on a wide variety of visual traits, such as color, brightness, sharpness, and contrast; composition, including the simplicity or complexity of the image; and the image type. They asked questions like, “Does the image include a face? How many faces? Are the faces wearing glasses? Are they large or small? What is the facial expression? And if there isn’t a face, what is there?”

The team ultimately found that its subjects exhibited five different personality types, each of which are associated with different visual qualities in photos: Extraversion, openness to experience, agreeableness, neuroticism, and conscientiousness. So what does your profile pic say about you? Read on to see which personality type best correlates with your photo:

People whose primary personality trait is openness to experience are the least likely of the five groups to feature a face in their profile pics, though when they do feature a face, it tends to be larger, and often wears reading glasses (but not sunglasses). These people tend to have high quality, appealing photos, which the researchers describe as having “increased contrast, sharpness, saturation and less blur,” but they also tend to display little emotion.

Extraverted people connect strongly with the outside world, and their profile pics reflect that, often featuring multiple faces in a single image. Extraverted photos tend to be colorful, but low in quality (meaning that they have low contrast, sharpness, and so on). In their profile pictures, extraverted people often either appear younger than they are, or they pose with younger people. They rarely wear reading glasses in photos, and they have positive facial expressions.

The researchers describe conscientiousness as “the personality trait associated with orderliness, planned behavior and self-discipline.” Conscientious people tend to have faces — and usually a single face — in their profile photos, and they take pictures that are “colorful, natural and bright,” rather than grayscale. Unlike the extraverts, conscientious people often take photos that make them look older. They also exhibit positive facial expressions in their pics — in fact, they show more emotions than all of the other groups, which may seem surprising when you consider that these people are the most orderly and disciplined. The researchers theorize, however, that these very traits may actually be the key to this group’s emotive facial expressions; we usually expect people to look happy in profile pictures, and conscientious people like to do what is expected of them.

Agreeable people like to cooperate, and they get along with others easily. They like to post blurry, cluttered, brightly colored photos with faces in them to their profiles. Unsurprisingly, agreeable people look happy in their profile images; according to the researchers, their pics have a “very strong correlation with smiling, joy and overall positive emotion and low in all negative emotion expressions.”

The researchers associate neuroticism with “negative emotions and emotional instability.” This group's profile pictures tend to be simple in composition and low in color, and the colors they do display tend not to be associated with positive emotions. Neurotic people frequently post profile pics without faces in them, but, when they do include faces, the faces are large and often wear glasses. Faces in neurotic photos tend not to show much emotion.