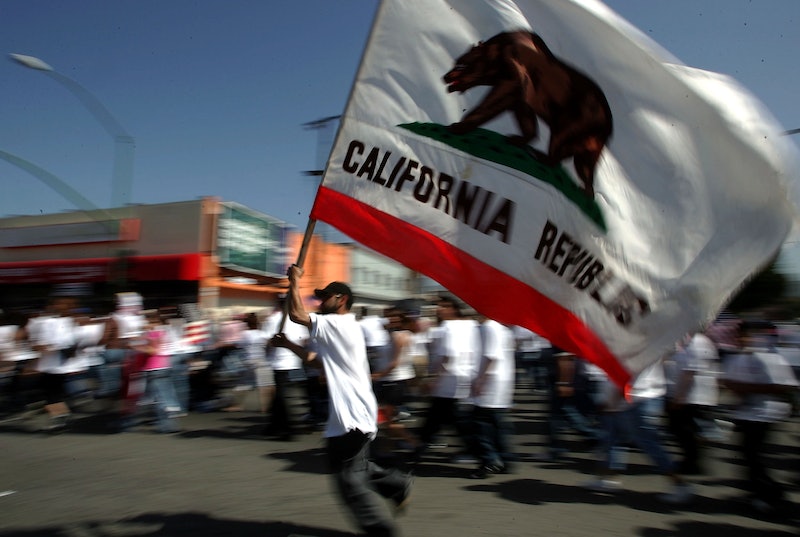 Silicon Valley's latest crazy initiative may be its own statehood. Back in December, Venture Capitalist Tim Draper proposed splitting California into six separate states, because he thinks the Golden State is too hard to manage in one big chunk. Now the plan is gaining traction, as the California's secretary of state has given Draper permission to begin circulating a petition.

The idea of splitting up California is not a new one: in 1941, a group of activists from the rural areas of northern California and southern Oregon devised a plan for both regions to secede and become a new state called Jefferson. That chapter in California's secession movement ended soon after Pearl Harbor, but the dream (and website!) lives on. In fact, one of Draper's proposed new states is the very same Jefferson, albeit without the Oregon component.

The other five states named in the plan are Northern California, Western California (centered on Los Angeles), Central California, South California (including San Diego), and, of course, Silicon Valley. But isn't dividing California into six states a bit much? Draper told ABC News:

It is more and more difficult for Sacramento to keep up with the social issues from the various regions of California. With six Californias, people will be closer to their state governments, and states can get a refresh.

Despite his dreams and petition, though, Draper's plan isn't likely to go anywhere. Even if it were to pass, new states still have to be approved by Congress. And six Californias would mean an extra ten seats in the Senate – a number that's a little more than distressing to many politicians. "I don't think anyone is going to give California 12 Senate seats," said Raphael Sonenshein, executive director of the Pat Brown Institute of Public Affairs at California State University, Los Angeles, to the AP. "Its prospects are nil."