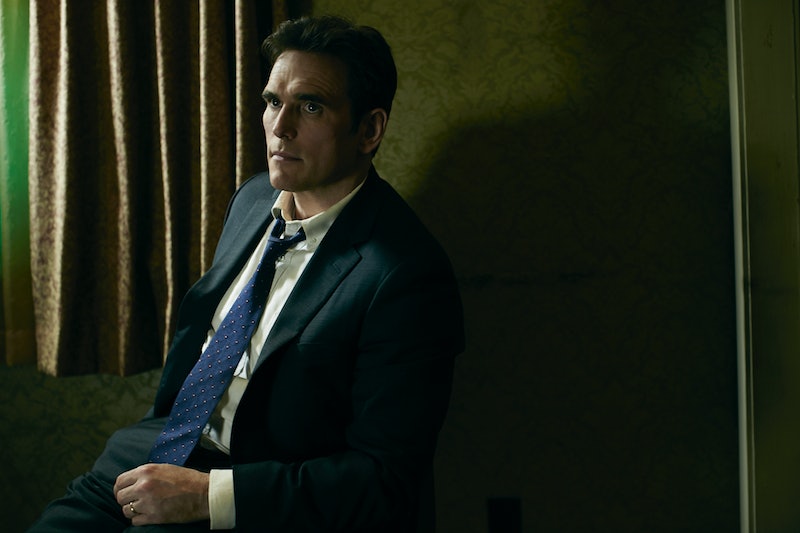 When Wayward Pines premiered in the summer of 2015, it was apparent that not all was as it seemed and the secrets of the titular town soon came out. Only those that had read the books that Wayward Pines is based on, however, could've predicted the scope of the narrative twists and turns that awaited the characters. When Secret Service agent Ethan Burke awoke in Wayward Pines Hospital after a car crash, it seemed that he found himself in just another American town... until he started seeing public executions and the towering metal fences that surrounded it. And that's only the tip of the iceberg of all the weird things that happened in Season 1 of Wayward Pines .

Originally intended to be a"limited series," the FOX show is now getting a second season that will expand on the story. And though the series already revealed the biggest secret of Wayward Pines, there is still plenty of narrative ground to cover in the wake of the first season's events. If you don't have time to catch up before the Season 2 premiere on Wednesday, May 25 at 9 p.m. ET, here's everything that happened in Season 1 that you need to know. Of course, that means spoilers ahead — really big spoilers that change everything.

The big secret behind Wayward Pines is that it's the only town in the world. Literally, Wayward Pines is the final bastion of human existence in the world after it's been overrun with a group of aberrations — or "abbies" — zombie-like creatures that humans evolved from. Humans evolved into these "abbies" over the course of over 2,000 years. That's right, Wayward Pines exist in the year 4028, meaning the characters are all over two millennia removed from the world they know and love. The residents of Wayward Pines were selected by a scientist named David Pilcher, who recognized the coming mutation of humans and took the steps to preserve humanity by freezing a select group of people and awakening them in the future.

As if the severity of how messed up the future is wasn't bad enough, Wayward Pines itself ended up becoming a dystopian, surveillance-based society. Pretty bad luck for the last town on Earth to become run by a corrupt institution. All members of the town must follow the Seven Rules:

So yeah, right from the get-go things aren't great in Wayward Pines.

Things really get shaken up as Ethan Burke, who gets awoken in Wayward Pines and quickly becomes Sherrif after the previous one, Sherrif Pope, attacks Ethan, who kills Pope in self-defense. Burke begins to learn more about the truth alongside his wife Theresa and former Secret Service partner of his, Kate, who he had had an affair with before waking up in Wayward Pines. Luckily for Ethan, people seem to forget transgressions like these after 2,000 years and also when a seemingly endless army of zombie-like creatures are coming for you.

Meanwhile, the children of Wayward Pines are being groomed by the school into a secret society called the First Generation. They're told all the secrets of Wayward Pines, everything that happened, and instructed not to tell their parents. The First Generation begins taking actions into their own hands, growing increasingly violent and powerful, and looking up to David Pilcher for rescuing humanity.

At the end of Season 1, Ethan attempts to reveal the truth of Wayward Pines to the entire town, only for David Pilcher to shut off the power to the fence around the town and allow the Abbies in. Pilcher, who has grown megalomaniacal with power, believes his experiment has failed and wants the town to become overrun by Abbies so that he can start again with a fresh batch of preserved humans waiting to be unfrozen. However, Ethan and his cohorts rebel and end up fleeing to safety. Ethan sacrifices himself to save his family from the Abbies and it seems as though the residents of Wayward Pines will be able to rebuild after all.

That is, of course, until it's revealed that three years later the First Generation have ascended to power, frozen all the adults that they didn't like, and have performing executions and reinstating the dystopian rule that Pilcher established. It's just like the old saying goes, "Out of the zombie-ridden frying pan, into the dystopian fire."

A lot happened in Season 1 of Wayward Pines, including the death of the main character. However, Season 2 will introduce a new main character, new mysteries, and terrifying new villains in the form of the First Generation. It's likely that Wayward Pines won't be able to manufacture any twists as massive as the one that the whole series is based on, but hopefully, it can continue to excite and surprise fans the way it did time and time again in Season 1.