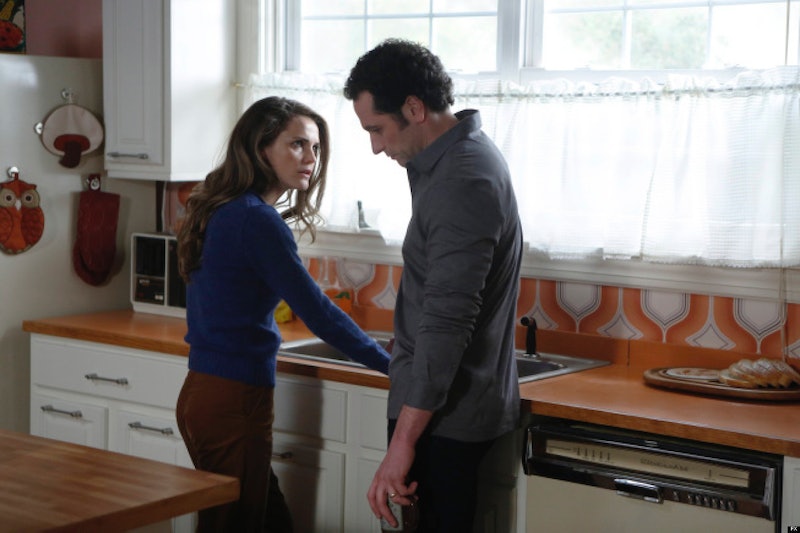 The Americans is a good show — nay, a great show. But, the thing about networks, ratings, and money when it comes to great shows is that sometimes the business side overrides the storytelling side. Meaning that, on occasion, once great shows are dragged out so long that they become, well, not-so-great. Thankfully, that won't ever happen here: According to Entertainment Weekly, The Americans Season 6 will be its last, meaning that — considering it's wrapped up Season 4 — it's been picked up for two more seasons. The site notes that Season 5 will be 13 episodes and that Season 6 will conclude after 10 episodes.

While fans may not initially see the silver lining in The Americans wrapping up after Season 6, the showrunners Joel Fields and Joe Weisberg explained why it's actually a good thing. According to EW, they professed:

It’s hard to believe we’re heading into the final stretch on The Americans, and we’re so grateful to know we’ll be telling the story to its conclusion. The best part of the last four years has been the intensive and fruitful collaboration with all of the people who make this show …We’re looking forward to the final two.

The acknowledgement of and excitement in being able to "tell the story to its conclusion" is what should really matter to fans, here. Not every show gets this luxury. Some are cut short before they can, and some stick around far past their expiration date spoiling everything that was once good about the program. In the grand scheme of things, fans of The Americans are quite lucky.

EW relays that Eric Schrier, president of original programming at FX said, "Through its first four seasons, critics have lauded The Americans as one of the best shows on television and, remarkably, a series that keeps getting better every year..." And, it's a good thing it's limited season run will allow it to stay that way.