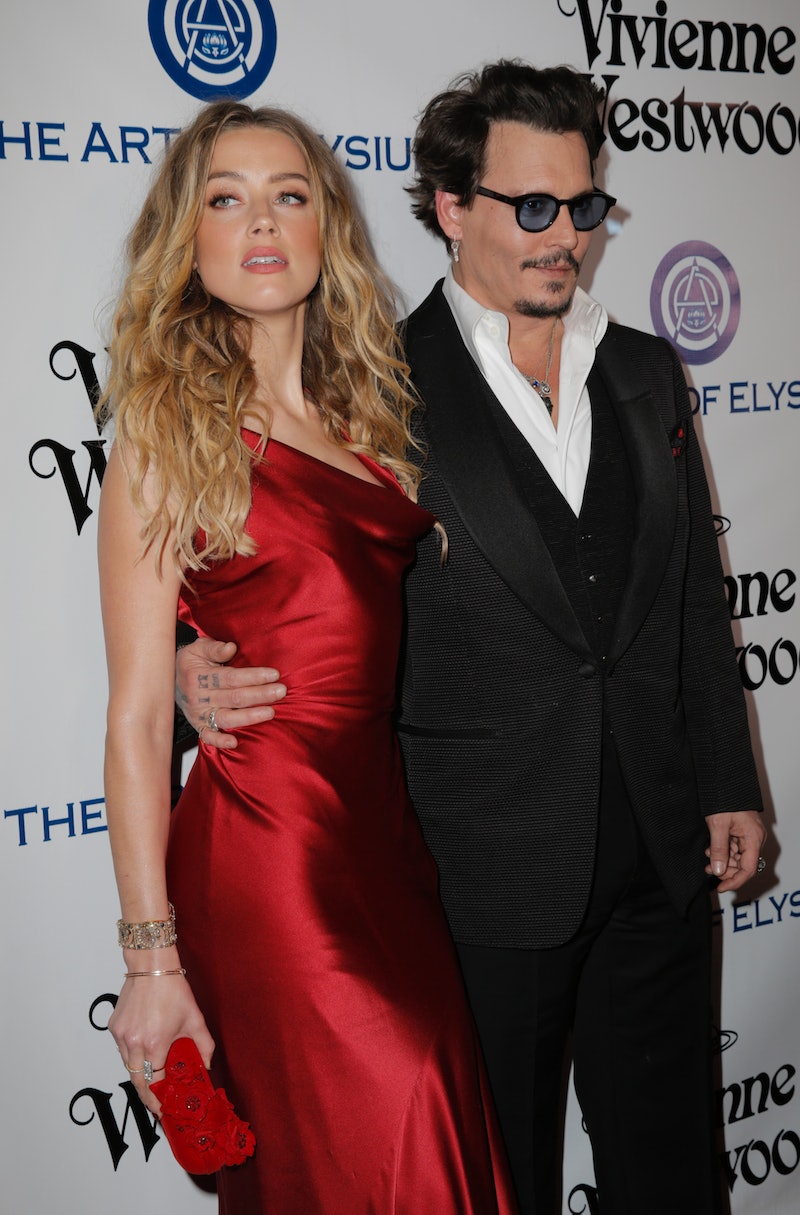 Sad news today for Johnny Depp fans. Three days after the actor’s mother died from a prolonged illness, Depp’s wife, Amber Heard, reportedly filed for divorce, according to TMZ. And while neither Heard nor Depp have confirmed the news with an official statement, TMZ reports that the two cited irreconcilable differences as their reason for separating. (Bustle has reached out to both Depp and Heard's reps for comment, but has not yet heard back.) But why did Johnny Depp and Amber Heard reportedly break up after one year of marriage? The reason for their separation could be harder to understand than some people think.

Without a statement saying what really caused the breakup, one can only guess what happened to cause these two to go their separate ways. But, the pair has certainly been through the ringer recently. According to TMZ, Heard and Depp have been separated since May 22, just two days after Depp’s mother died and one day before the actress filed for divorce.

To file for divorce after only one day of separation definitely could mean that something big and irreparable happened to drive these two apart. It seems as if no trial separation occurred, during which the two could gradually come to the conclusion to separate. If the report from TMZ is correct, the decision to separate and then divorce could have come within a matter of days for this Hollywood couple.

But the loss of Depp’s beloved mother wasn’t the only thing these two faced recently. In April, the two faced public scrutiny after Heard was allegedly caught smuggling two of her dogs into Australia. The two released a video statement apologizing for their actions.

In December 2015, Heard addressed rumors that the two were splitting in Marie Claire, saying that "I try not to react to the horrible misrepresentation of our lives, but it is strange, and hard.” The couple first met on the set of The Rum Diary, a film that was in production when Depp was still with Vanessa Paradis, his longtime girlfriend and mother to his children.

Whatever ended up driving these two apart, I’m sure the reported decision to separate after over a year of marriage — if it's true — was a difficult one to make.