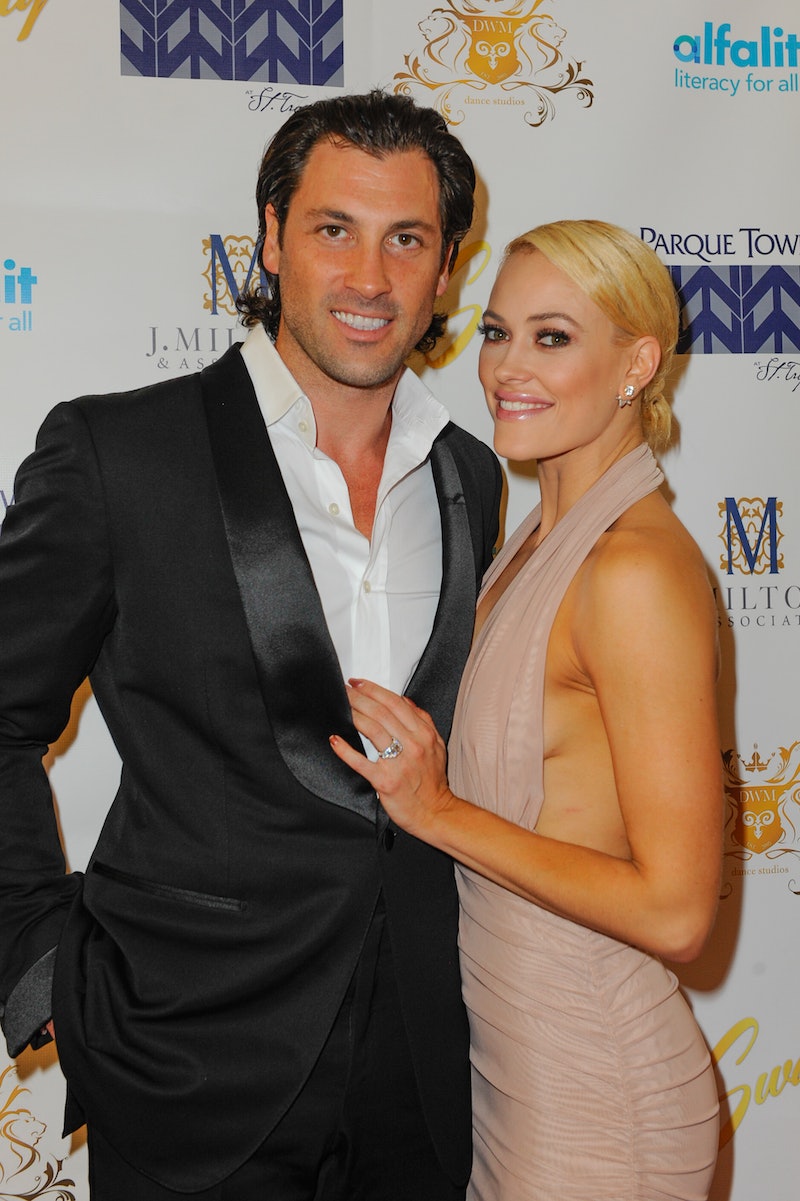 Big news, Dancing With The Stars fans! It looks like two fan favorites of the show, Maks Chmerkovskiy and Peta Murgatroyd, may be expecting according to PEOPLE, five months after announcing their engagement in a sweet Instagram post in December. Per the magazine's reports, sources close to the couple confirm the news — and though the couple themselves hasn't publicly commented, the hints are definitely there.

What hints, you ask? For starters, the duo has spoken out before about wanting to have children. PEOPLE also points out that Murgatroyd and Chmerkovskiy recently shared in a cover story for the magazine that they want to start a family soon (Murgatroyd literally said "I would like to start [having kids] pretty soon... a little boy, and then a little girl," while Chmerkovskiy added, "an older girl would be more responsible," — you can't get clearer than that!). Additionally, the couple is so loved up all the time, (I mean, their Instagram proposal announcement alone was the epitome of adorable), I can't imagine a family not following soon.

E! Online adds that a source commented of the couple's reportedly expecting their first child together: "They have been trying for a while."

Though it's not clear if this news is true or not yet, either way, it's an exciting thought considering how in love this couple seems to be. Congrats are in order!