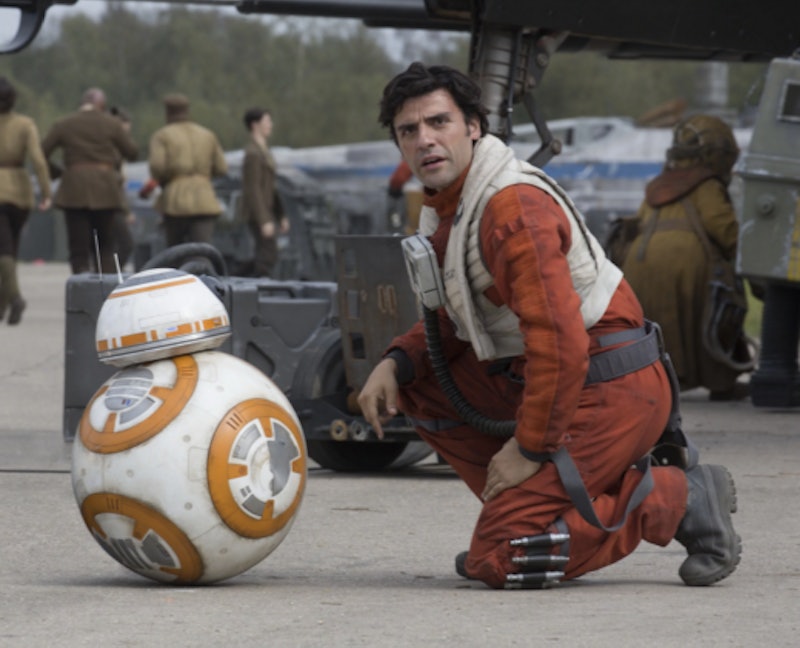 While we all wait patiently for the next Star Wars movie to come out, fans continue to speculate about Rey's heritage. The all-important question of who Rey's parents are has inspired loads of theories, and, now, there is another one to add into the mix. I particularly like this new theory about Rey's family because it includes the beautiful pilot Poe Dameron. Focusing on the comic book series Star Wars: Shattered Empire, one eagle eyed Reddit user thinks that the prequel to The Force Awakens might hint at Poe and Rey being related.

J.J. Abrams allegedly revealed that Rey's parents weren't in The Force Awakens , but is it possible that her brother was? Is Poe Dameron more important to the Star Wars universe than was previously thought? And, most importantly, could this Star Wars theory mean more Oscar Isaac in Episode VIII ?

Star Wars: Shattered Empire is a four issue series, bridging the gap between Return Of The Jedi and The Force Awakens. In the final issue, Luke Skywalker is shown to be in possession of two trees. When asked about their importance, Luke reveals that they are all that remains of the tree that grew on Coruscant in the Jedi Temple. The trees are strong in the Force. But what do trees have to do with Oscar Isaac? I hear you ask.

A big focus of the series is the pilot Shara Bey, who is Poe's mom. At the end of the comic, Shara and her husband plant one of the trees in their garden (presumably, Luke has the other). And this Reddit user believes that this tree is the source of Rey's power, and that Poe is also Force-sensitive. As user Beeslo writes, "Rey is Poe's sister and her incredible attunement to the force is due to the force tree planted by her mother after the events of the Shattered Empire comic." Is it possible that Rey and Poe are brother and sister?

The Independent mused on this new theory, and said, "Rey shares no screen time whatsoever with Dameron in Episode VII. Could this have been intentional in order to throw fans off the scent?" It's incredibly interesting that two of the most important characters in the movie never appear on screen together. It certainly seems possible that their lack of screen time is deliberate. It also makes the fan fiction regarding Poe and Rey vying for the attention of Finn more complicated and hilarious.

This theory may well be another wild goose chase, and we'll likely all have to wait until Episode VIII comes out to find out for sure. But any theory that makes it likely that Oscar Isaac will play an even larger role in any future Star Wars movies is OK by me!