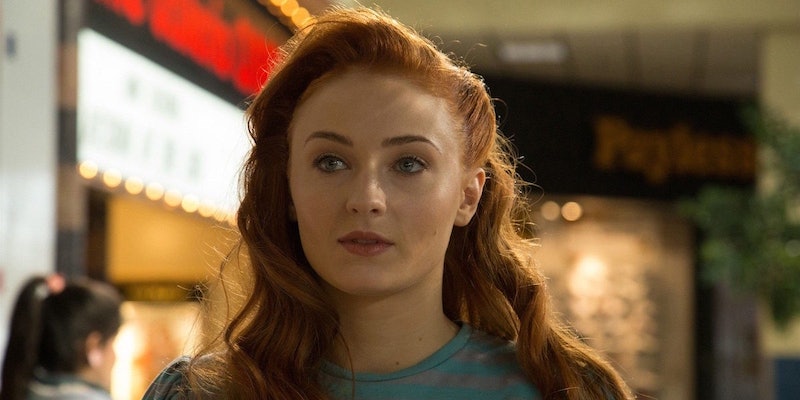 Jean Grey is a favorite among X-Men fans, and she returns to the screen alongside many other mutants in X-Men: Apocalypse. The red-haired superhero has always been a figure of interest because of the magnitude of her powers. Marvel devotees are already familiar with the character's supernatural talents, but Apocalypse viewers who haven't seen the previous movies might find themselves wondering what Jean Grey's powers are. The new film makes it clear that Jean has telekinetic and telepathic abilities, but her powers are deeper and more complex than what is portrayed on-screen.

The exact nature of the Jean's powers isn't totally clear in Apocalypse, but in fact, her relationship to her abilities is a little complicated. The other films have revealed that, in addition to Jean's superhuman abilities as a mutant, she has even more powers when she is overtaken by a dark alter ego known as Phoenix. In the comics, "Phoenix Force" was a complex cosmic entity and Jean's body was the host for it, but in the movies Phoenix is a subconscious personality of Jean herself that emerges when she is emotionally distressed. Phoenix is purely evil and takes control of Jean's body against her will, so as you can imagine, the character Jean Grey and the character Phoenix are just a little different— both in personality and in powers. Here are the powers they possess and how they differ.

Jean can pick up and move objects with her mind. She can also manipulate energy in the air in order to create powerful blasts, shields, and lift herself. These abilities serve as both weapons and protective defenses.

Jean also possesses telepathic abilities. This means that she can read minds and communicate without speaking. The movies have also shown that she has abilities to link her mind with someone else's, to possess other people's minds, to manipulate their thoughts, and to prevent her own mind from being read by others.

When Jean is possessed by Phoenix, her telekinetic and telepathic skills are hugely enhanced. Phoenix can actually manipulate objects on a subatomic level and can physically disintegrate adversaries. These abilities make her frighteningly powerful.

As the name might imply, Phoenix has fire-related superpowers. She can create flames and project them while also creating a protective barrier around herself. Talk about rising from the ashes...

As you can see, Jean is an amazingly powerful mutant whose abilities are only increased when she transforms into Phoenix. You can get a glimpse of Jean's powers in X-Men: Apocalypse, and then catch up on the other X-Men movies for the full show.