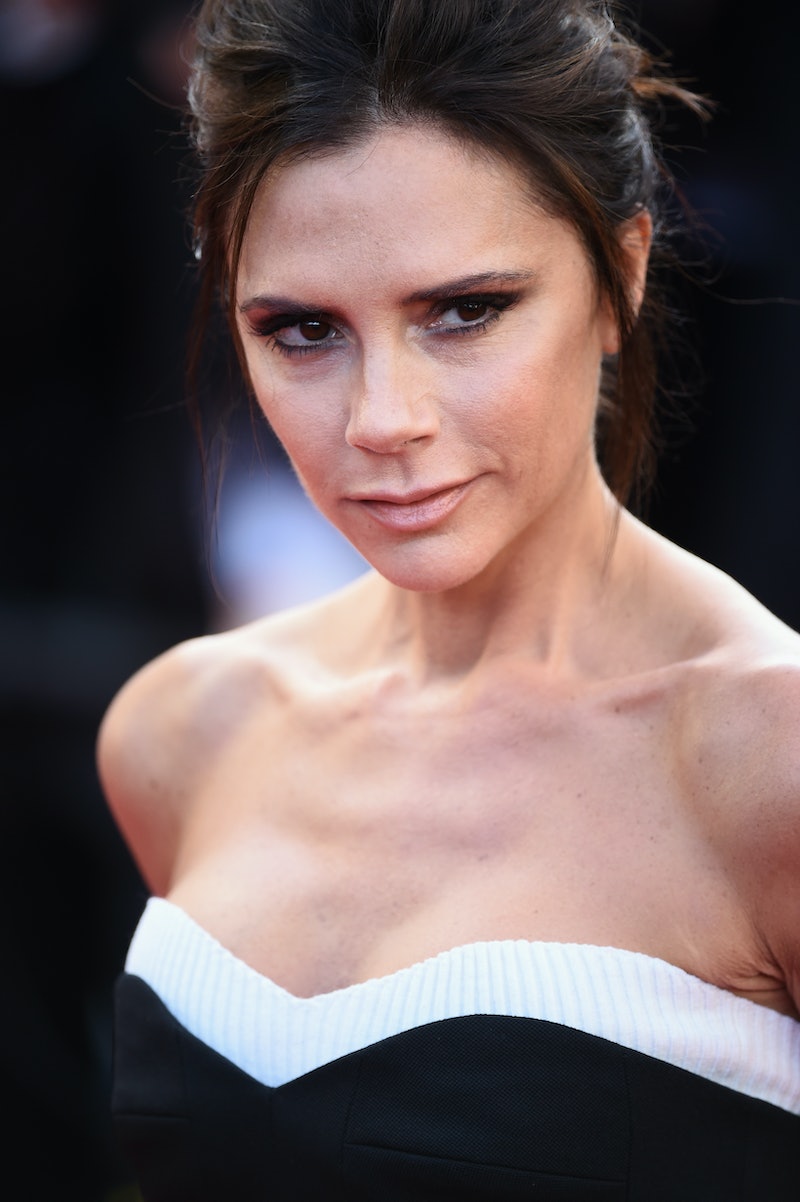 So, tell me what you want, what you really, really want. A super-secret Spice Girls hip-hop album? No. The internet could not be so fortunate. However, what fans of the former girl-band do have is a long-lost Victoria Beckham hip-hop album from 2003, which has finally resurfaced for your listening, um... pleasure? Posh Spice went solo in 2003 to record her very own hip-hop demo album titled, Come Together, that was supposedly produced in part with Roc-A-Fella's own Damon Dash. The demo album features 15 different hip-hop inspired tracks and even includes collaborations with fellow stars from the early-'00s, Ol' Dirty Bastard and M.O.P. No, I am not joking. Seriously, this was a real thing. And you can really listen to it right now.

After finding it's way onto eBay, the former singer's seemingly experimental musical endeavor leaked with the help of the UK publication, The Mirror. And now, with the help of the internet, everyone can enjoy the catchy tunes with titled ranging from "DAT Simple" to "That Dude" and even the amazingly titled, "He's My Lover." Basically, this album has early-'00s written all over it. Bustle has reached out to Victoria Beckham's publicist for comment, but have yet to receive a response.

Seriously, I don't know how to feel right now. Except, you know, feeling like I just want to hear more. Spice Girls music is Spice Girls music all the same, so, in that respect, I just can't get enough. However, with her Spice Girls music in mind, it's also clear that this album is in a whole different universe than that of the splintered band. Come Together, in fact, is nothing like what you may expect from the singer-turned-fashion-designer. Some of the most notable lyrics from the album include the seductive lyrics like, "I want you to come and listen to my body sing. Wanna hear my bell ring," from "Baby Boy," and the incredibly '90s sounding genius that is, "Just one of those days. People are out. Enjoy the sun while it's shining" from "So Cold."

Actually, I'm pretty sure that David Beckham listened to this album years ago, and that's how he fell in love.

Victoria Beckham has yet to comment on this leaked album, but I'll be waiting for her statement. I would just like to hear her acknowledge its existence so that I can get my closure of knowing that I am not dreaming. Honestly, I don't know how long it will be until I fully come to terms with Come Together's existence. Maybe after the 100th or 200th time that I listen to these amazing tracks. But, either way, thank you, internet. Just... Thank you.