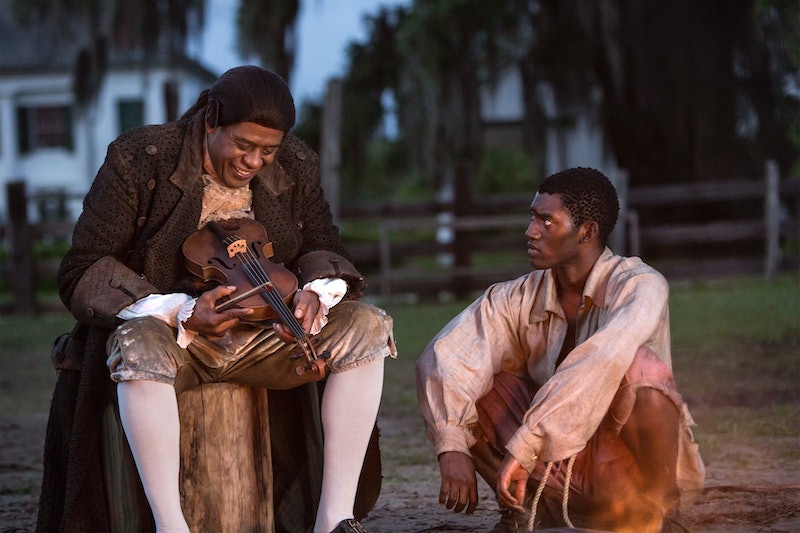 In the last moments of the first night of History's Roots remake, Kunta Kinte is whipped over his name, as he has to shrug on the identity of "Toby," a slave at the Waller plantation, and deny his heritage as a Mandinka warrior. It was a moment that anyone familiar with the original 1977 series should remember, as it is undoubtedly the most well-known scene from the groundbreaking series, and it's clear that the remake did not take the responsibility of depicting it lightly. There have been a lot of onscreen depictions of the violence of slavery, but this scene still stands out in its resonance, even 40 years later. And through a combination of changes and faithfulness to the original miniseries, the 2016 version of Roots manages to live up to its predecessor's impact.

The new Roots seems to be aware that many of the people tuning in are familiar with the original 1977 series' most famous moments, as the latter half of the first episode has many references to the pivotal whipping scene. Characters repeatedly refer to Kunta as Toby and his resolve begins to erode in favor of his thirst for survival. When the scene in which Kunta is whipped does arrive it is as harrowing and brutal as you'd expect if you've seen the original.

And though not everything about the new Roots is so faithful to the original, some of the changes are for the better. One such difference is that the remake eliminates almost all of the white POV characters, most notably Ed Asner's character, a slave trader named Thomas Davies, who is completely absent. Other white characters are featured in the series, but gone is their agonizing over whether or not slavery is a just institution. The new Roots instead spends far more time with Kunta Kinte in Africa, as he goes through a coming of age ritual, and then his harrowing journey across the Atlantic in a slave ship's failed rebellion. This focus on his life before it was stolen from him adds to the weight of his later tragedy, increasing the impact of scenes like his whipping even further.

In a much quieter scene, The Fiddler, who had previously tried to convince Kunta to simply accept his new name, reassures Kunta that his former name and identity will live on inside him, even as the white slaveowners believe they have taken it away. By focusing on his life and making sure that the current generation is just as affected by his story as original audiences were, Roots ensures that Kunta Kinte's name will never be forgotten.