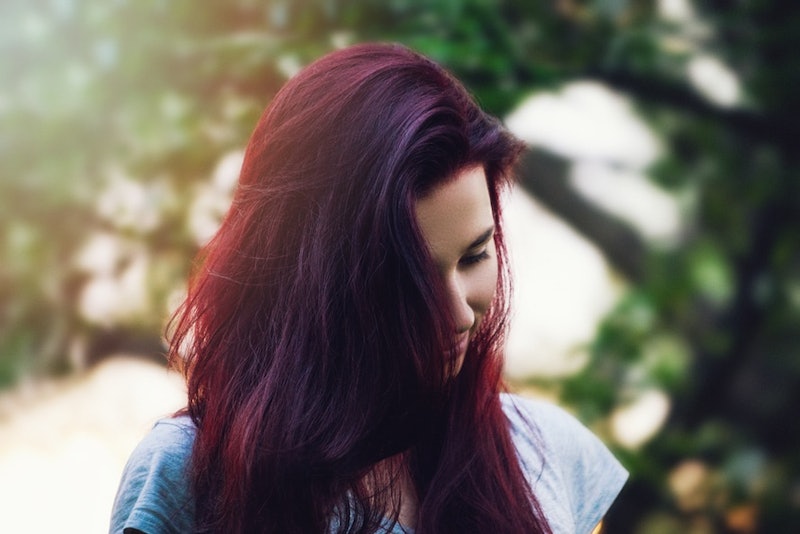 There is a nearly endless stream of content about what you should and shouldn't do and know and have done and by what age, and it's a thing over which many people rightfully take issue with — the idea that anybody functions on the same timeline of growing up and getting your life together is insane. Despite this, there are a few things that are pretty irrefutably important. I'm not even really saying you need to have these down by the time you're 25, and I'm definitely not saying that if you don't you are somehow lost or broken or not doing what you're supposed to be doing. What I am saying is that the following is a list of 16 things that will help you genuinely live your best life.

It's not that you need to have completed a degree or travelled the world or left your hometown by the time you hit your mid-20s, but it's an age at which you should have grown to know yourself to a certain degree. You should know how to comfort yourself when you're down, what to do when you're past the point of being "down," how to be honest but not braggy on your résumé, how much sleep you need, what you are willing to overlook for the sake of "true love." These things will not, obviously, apply to everyone. That's OK. But generally speaking, these are things you should know about yourself to live your most whole, healthy, actualized, fulfilled life... and seeing whether or not you know them by the time you're in your mid-20s isn't a bad idea.

What — And Who —You're Willing To Suffer For

The sad but honest reality is that most things require a degree of effort, and pain. Despite as it appears on your Facebook feed, any relationship is going to hurt at some point, especially one you choose to sustain over the long-term. The point is not trying to find a job or a person or an activity that won't cause you any stress or suffering, it's about deciding what matters enough to you to make the sacrifice for.

How To Comfort Yourself In A Healthy Way

Sure, any one of us can drink or eat or sex our way out of a mood or a funk or a horrendously painful breakup, but ultimately, those aren't coping mechanisms. They're escape routes, and they only assist us in avoiding what we need to confront, feel and respond to. You need to know how you are best comforted when the hard things happen, whether that's needing some time to yourself, to talk to a trusted friend, to read a particularly enlightening book, or whatever else.

It's not that you should think and behave as though you're going to be single forever, but that at the end of the day, if you don't at least have an idea of what you'd like your life to be about other than your devotion to someone else, you are going to be perpetually unfulfilled. If you don't know what you'd do with your life as a single person, you will end up choosing a relationship out of fear of the alternative. You don't want that. Nobody wants that. Figure out your "Plan B." It will become your foundation.

Do you respond best to verbal affirmations? Does your expression of love best come out in the form of sex, or are you the kind of person who goes out of their way to perform acts of kindness for those they love? Understanding how you communicate your affection is not only essential to thriving in your romantic relationships, it's essential to understanding how you work as a person, and how you function in every relationship.

Who You Most Admire

The people you most admire are the people you'll ultimately begin to emulate. Choose wisely.

What "Healthy" Means To You

Everyone's version of health and wellness differs slightly, and depends on knowing how much water you need, how much sleep you best thrive on, what kind of physical exercise actually makes you happy, as opposed to miserable. Your version of health will not be the same as someone else's, and it will impact your life extraordinarily for years to come.

What You Want In The Very, Very (Very) Grand Scheme Of It All

What Friendship Means To You

While many (most?) people operate under the belief that a friend is whomever happens to be within your proximity during school or at work, the reality is that a friend is someone with whom you connect and share a sort of kinship. As you grow up, you will discover that the genuine ones are few and far between, and are to be cherished as such.

What You're Most Afraid Of

What Your Sense Of "Right" And "Wrong" Feels Like

Most people's internal navigation is so heavily influenced by what other people say is "right" and "wrong," they find it almost impossible to think or feel for themselves. And so when they are convinced they have to make a certain decision, yet their feelings go against it, they become stuck, panicked, etc. It's important that you tune into your own feelings, and disregard other people's logic or opinions, because they don't matter as much, at the end of the day.

What Your Idea Of "Fun" Is

If you want to live your life following other people's ideas of "fun," that's OK — but there's a whole world to be discovered, and so many things that are more fulfilling and joyous and interesting. You just have to take some time to figure out whether it's music or art or writing or nature or hiking or whatever-ing for you.

If Your Beliefs Are Genuine, Or Just What You Adopted Growing Up

Evaluating what you believe is evaluating how you perceive the world, and doing that is basically the essential work of becoming a fully grown person. Unfortunately, few people stop to seriously think about whether or not the things they believe resonate with them mentally and emotionally, they just operate under them out of fear.

You need to have a good idea of what you value most in this life — otherwise, your time and attention will be constantly diverted from one thing to the next, and without any one goal to focus on or work toward, your energy will just be all over the place. You must decide if you care most about your work, your best friend, your family, health, etc. as opposed to just going out all the time, traveling, learning new things, and so on. You don't have time for everything, so choose wisely.

How To Actually Cope With Negative Emotions

If you don't learn how to let yourself not be swayed every single time you have a less-than-appealing emotion or weird, upsetting thought, you're going to live your life perpetually on the verge of a breakdown. Try this experiment: write down everything you worry about/get upset about for a day, or a week. Come back to it in a little bit, and you'll see just how insane and irrational and untrue most of those issues were. Reflect on the things that used to bother you most in the past — breakups you thought you'd never get over, insecurities you were convinced were real — and realize that moving on was, ultimately, just about forgetting the problem and focusing on something else instead.

If you don't take the time and energy to ensure that you are the most whole, healthy version of yourself possible, you will constantly be reaching for love and connection from others. What this means is that you'll begin to accept crap in your life that, under any other circumstances, you would never tolerate. If you don't know how to love yourself first, it's not just that nobody else could love you (they could) — it's that you'll choose anyone's love, or to receive attention or affection in any way possible, and ultimately, that's dangerous. You deserve so much more than that.