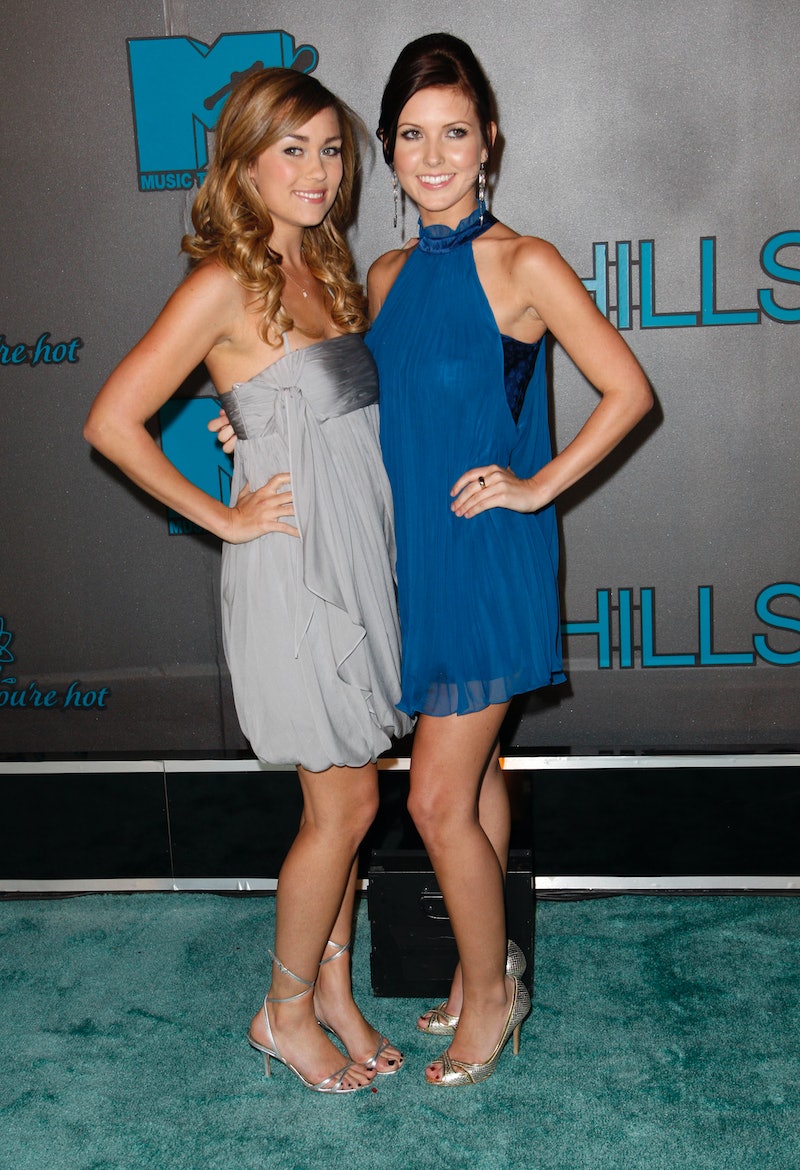 As a big fan of reality television, I’m more than willing to admit that I know these shows aren't entirely real. The jig is up — I know that producers are probably manipulating the fights behind the scenes, and the women on these shows are not really as good of friends as they might seem. Well, I know that now. Back when I used to watch my favorite reality television show, The Hills, I had no idea that so much of it was so scripted. Chalk it up to youthful naiveté or just willing blindness, but I really thought that LC and Kristin vehemently hated each other and Audrina and Justin Bobby were the show’s OTP. And when LC opted to spend a summer with Jason instead of going to Paris? Oh, it was romantic.

Of course, I’m older now, and I realized that LC should have never picked Jason over Paris, and that all of the fights and weird side-eye glances were beautifully cut together in the editing room. And the more I think about it, the more I question the whole thing. Did Brody and Kristin really love each other? Whose house was that that they were living in? Did homeboy Justin Bobby really wear combat boots to the beach? Were those jobs even real?

I did some light investigating to see what was true about the careers on The Hills and what wasn’t. Let’s take a look.

LC started out at Teen Vogue with an internship (and that whole Paris thing), and then she moved to a job working for badass PR maven Kelly Cutrone at People’s Revolution. She’s taking that Teen Vogue being real thing to the mat (she even talked about her day-to-day life there in an interview for the magazine), so I’ll give her that one. Internship — real. People’s Revolution? Kelly Cutrone did an interview and said that she hired Stephanie Pratt, sister of Spencer, specifically so LC could fire her. So that could be real. Maybe. One thing that likely isn’t? LC’s being a student at FIDM. According to Gawker, then-students reported that the only time LC came to campus was to shoot scenes for the show.

When LC and Heidi first met Audrina by the pool, Audrina was serving as a receptionist at Los Angeles’ Quixote Studios. This one could have been true, since this was when the show first started. But once she moved to a job as a receptionist at Epic Records, it quickly turned into the “I’m doing this for the show” category. According to Gawker, if you called Epic to see if Audrina was working, they’d tell you she wasn’t there. Because you know, she wasn’t actually employed there, apparently.

Heidi’s job at Bolthouse was probably the most egregious and the one that I thought was the coolest. Heidi got to throw parties for a living! Woo hoo! But remember how she was never at work and then got “fired” at a party? Even that firing seemed fake, now that I’m looking back at it. In an interview with E! Online, Spencer and Heidi danced around whether the firing (and the job) was real or staged. You be the judge, but I don’t buy it.

I’m glad I have a real job writing this article. That being said, if anyone wants me to have a fake job so I can get on a reality show, I’m all for it. Just sayin'.