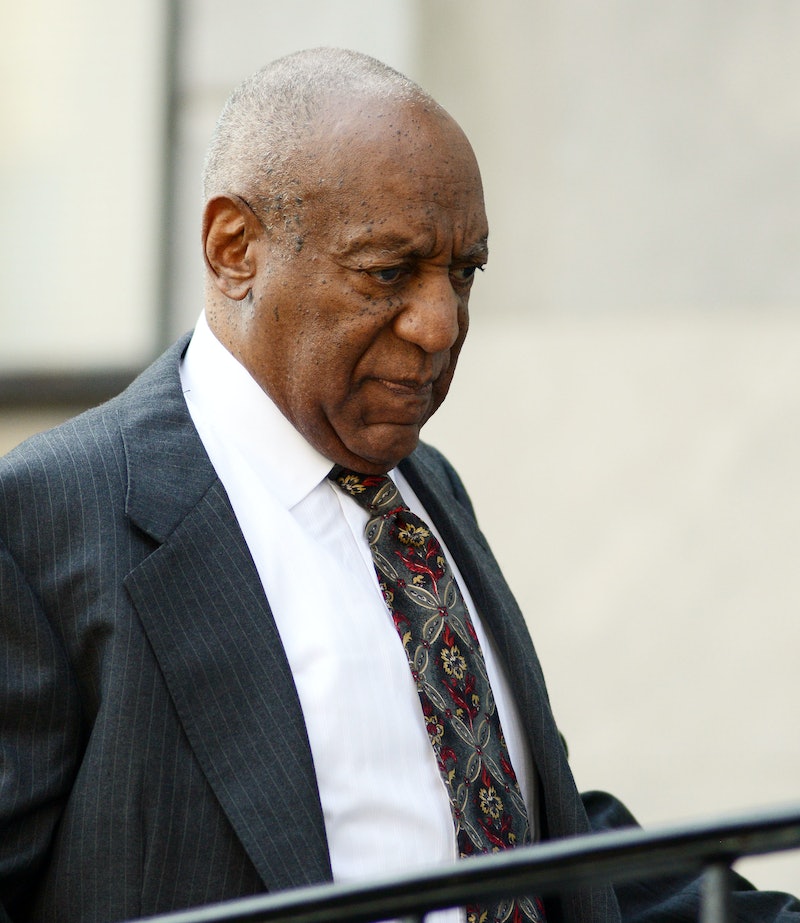 Last year, more than 40 women came forward and spoke out alleging they had experienced sexual abuse from comedian and actor Bill Cosby, who denies all of the allegations and claims they are defamatory. On Tuesday, Judge Elizabeth A. McHugh ruled that at least one of the cases against the actor could go to trial. So when is Bill Cosby's trial start date?

Basketball player Andrea Constand filed a suit against Cosby in 2005 after he allegedly drugged and raped her. She told the police in a statement, "I told him, 'I can't talk, Mr Cosby.' I started to panic," and noted that "everything was blurry and dizzy" after taking the pills. Constand also noted in her statement, "I got scared and thought I was having a bad reaction or something." At that time, Cosby, who said he did have sexual contact with Constand but claimed it was consensual, settled with her out of court on a civil suit she filed. This year, he sued her for violating that civil settlement by cooperating with the new criminal charges.

Back in 2005, Cosby was charged with aggravated indecent, but a former district attorney opted against pursuing those charges against the comedian. Now, 11 years later, McHugh ruled, "This case will move forward," in the Montgomery County Courthouse, according to the New York Times. This most likely means the judge believed there was significant evidence to proceed.

Now that the judge has ruled in favor of pursuing charges against Cosby, the trial date has yet to be determined. However, a hearing to schedule testimonies will take place as soon as July. The judge had set July 20 as a formal arraignment date, but Cosby waived that. The trial, which should start somewhat soon after, will see Constand likely testify.

Montgomery County District Attorney Kevin Steele said during a press conference at the courthouse, "All charges were held. We're here because we want to seek the truth. We are here to serve justice." This is the only criminal charge against Cosby at this time, but the actor claims the act was consensual because Constand never said "no." He also alleged that the pills he gave her were Benadryl. However, Constand is not the only reported victim to come forward with similar abuse accusations, which Cosby also denies.

During Tuesday's hearing, Steele said, "Based upon what he did to the victim and giving her the substance he gave her, she was incapable of consent." Cosby was released on a $1 million bail and is currently facing other civil lawsuits in multiple states.

Cosby is facing up to 10 years in prison if convicted in this specific case. His lawyers released a statement after Tuesday's hearing, noting, "Mr. Cosby is not guilty of any crime, and not one single fact presented by the commonwealth rebuts this truth," according to ABC News.

More like this
Where Is Oscar Torres In 'Only Murders In The Building' Season 2?
By El Hunt
It Took Investigators 23 Years To Correctly Identify Helen Wilson's Real Killer
By Brad Witter
Why You're Seeing Green Bandanas At Abortion Rights Protests
By Lexi Inks
The Most Powerful Photos From The Weekend’s Abortion Rights Protests
By Melanie Mignucci
Get Even More From Bustle — Sign Up For The Newsletter