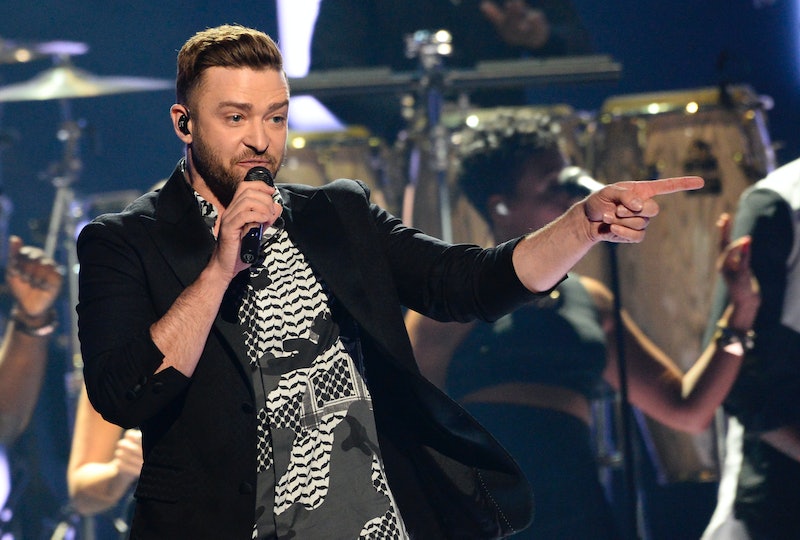 Summer may have just unofficially begun, but the race for the 2016 song of the summer started way before Memorial Day. From Rihanna's "Work" to Fifth Harmony's "Work From Home," it seems like every single artist is work, work, working hard right now to earn the honor of having that one hot song that defines the hottest months of the year. But have you ever really wondered what makes a particular song the official song of the summer? It turns out, it's pretty simple. You just need to keep a close eye on the Billboard charts.

The song of summer is really just the song that racks up the most weeks at No.1 on the Billboard Hot 100 chart, which ranks the most popular tracks in every genre based on sales, radio play, and now streaming, between Memorial Day and Labor Day. Yes, that's really it. That's why Billboard was able to go back and track the past 30 years of summer's most popular songs — starting with Tears For Fears "Shout" in 1985 — despite the fact that song of the summer didn't really become a thing until 2010, when Billboard added a Songs of the Summer chart. Now you can track the race in real time for who will win the title of song of the summer. Though, let's be honest, it may feel more like a marathon when you're all done. Like a U.S. presidential election, this race starts way, way, way in advance.

While Katy Perry's "California Gurl" or Nelly's "Hot In Herre" both seem like predictable summer song choices now, looking back at early song of the summer winners, a lot of them were less party songs and more cry in your room alone songs. Heart's "Alone" topped the summer charts in 1987, while the summer of 1989 was dominated by Richard Marx's "Right Here Waiting." They were songs you know you would hear at a wedding like All-4-One's "I Swear" in 1994 and Bryan Adams' "(Everything I Do) I Do It For You" in 1991. Songs that were managed to take the No. 1 spot just enough weeks to earn the title.

Word to the wise though, when predicting the song of the summer now, it's best to go with a tried and true pop song. As the New York Times pointed out in 2014, streaming data from services like Spotify (added in 2012) and YouTube (added the following year) has made it easier for one song to dominate the song of the summer contest. "You might think that data on streaming would reveal more idiosyncrasies and individual tastes in what we listen to," Maura Johnston wrote. "But it turns out that we’re all mostly listening to the same things, even when we have more to choose from."

It's why songs like Carly Rae Jepsen's "Call Me Maybe," Robin Thicke's "Blurred Lines, Omi's "Cheerleader" and Iggy Azalea's "Fancy" were undeniable summer hits. Azalea's track went to number one on the Billboard Hot 100 in June and stayed there for two months. It's hard to believe Azalea's Clueless-inspired video didn't help with the number of streams. It was a song you couldn't get away from, and it seemed no one wanted to.

Already the internet is trying to guess what we'll be playing from now until early September, and a lot of these guesses are looking at what is streaming in large numbers. Shazam, the app that helps you figure out what song you're listening to, has already predicted that Drake's "One Dance" is a likely song of summer contender, being that it's one of the top Shazamed tracks of the year so far. Clearly, it's a song people want to hear more of — even if they don't know who it is.

Pandora has also revealed that it thinks Desiigner's "Panda" is a likely choice for a summer hit, based on the amounts of adds this song has had and thumbs up. Complex's early predictions include prior song of summer winners like Beyoncé, who this year has "Sorry," and in 2003 had "Crazy In Love;" and Rihanna, who back in 2007 had "Umbrella," and now has "Kiss It Better."

Billboard, which may have an advantage in this fight, is already putting its money on early song of the summer favorite Justin Timberlake and his latest track "Can't Stop This Feeling!," which debuted at No. 1 on the Billboard Hot 100. That's my vote for this year's song of the summer, too. It's not my favorite song, but it's a democratic choice: one liked by kids and adults with a exclamation point to mark how excited people get when they hear it at weddings, sweet sixteens and bar mitzvahs. It's got a "Happy" appeal to it, bogarting some of Pharrell's magic to make this summer a happier, even more dancey one. And who wouldn't want that?