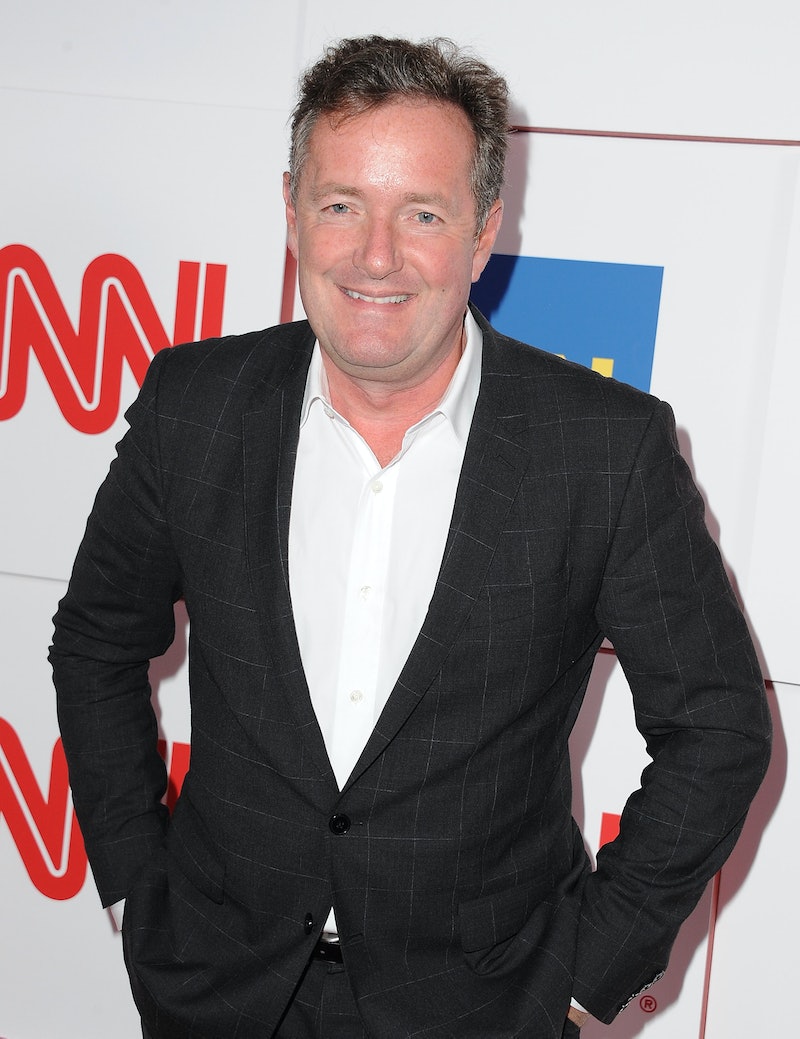 This news shouldn't come as a surprise to any viewers who have been upset by Piers Morgan's controversial interviews in the past. On Sunday, it was confirmed by CNN that Piers Morgan's show, Piers Morgan Live , is ending. Morgan, the British TV personality and former newspaper editor who filled Larry King's slot after his show ended in 2011, was largely disliked by his largely-American audience.

Morgan's show was on the air for three years in a coveted 9 p.m. primetime spot. However, he was usually beaten in ratings by his cable competitors, namely, Fox News.

"CNN confirms that Piers Morgan Live is ending," the network says in a statement. "The date of the final program is still to be determined."

Morgan spoke to the New York Times about the matter, and says that he and CNN president Jeff Zucker pinned the show's ending on not being able to connect with the network's audience.

It's been a painful period and lately we have taken a bath in the ratings, says Morgan. Look, I am a British guy debating American cultural issues, including guns, which has been very polarizing, and there is no doubt that there are many in the audience who are tired of me banging on about it. That's run its course and Jeff and I have been talking for some time about different ways of using me.

However, Morgan will still remain at CNN in some capacity, which has yet to be determined.

I think I can credibly do news and the ratings reflect that, but it is not really the show that I set out to do, Morgan says. There are all kinds of people who can do news here. I'd like to do work — interviews with big celebrities and powerful people — that is better suited to what I do well and fit with what Jeff is trying to do with the network.

The article also reported that the show would likely end in March.

More like this
'Bachelor' Star Cassie Randolph’s Sister Is In The 'Yellowstone' Spinoff '1923'
By Grace Wehniainen
Paris Hilton & Carter Reum’s Relationship Timeline Includes A Surprise Baby Boy
By Bustle Editors
This 'Bachelor' Contestant Got Back With Her Bachelor Nation Boyfriend After Going Home
By Grace Wehniainen
'Bling Empire: New York' Star Nam Laks Is The “Blair Waldorf Of Thailand”
By Alyssa Lapid
Get Even More From Bustle — Sign Up For The Newsletter
From hair trends to relationship advice, our daily newsletter has everything you need to sound like a person who’s on TikTok, even if you aren’t.