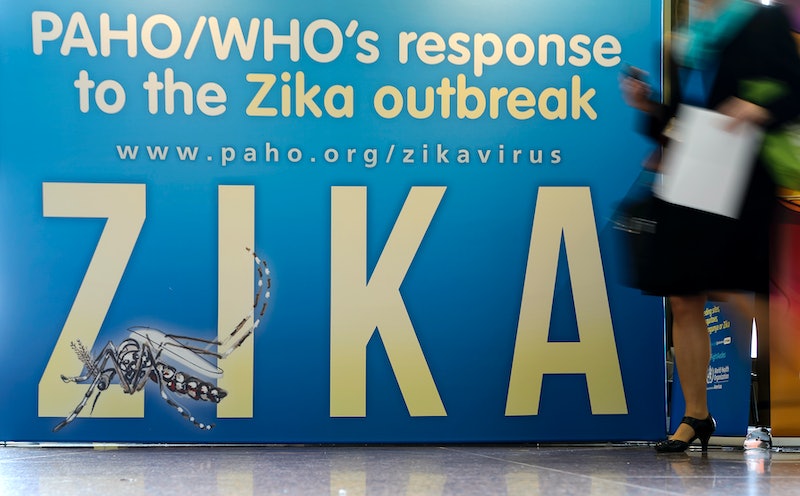 On Friday, more than 100 public health experts made a straightforward and cautionary warning, and it could have big implications ― let's just say this Rio Olympics update could be bad news for sports fans, but hugely important news for international public health. Namely, they want the summer games move out of Rio altogether, over fears that the massive, internationally attended event could help rapidly spread the Zika virus throughout the world.

As Gillian Mohney detailed for ABC News on Friday morning, a whopping 125 scientists came together to make the appeal to the director of the World Health Organization (WHO), Dr. Margaret Chan. Here's what their letter said, in part ― it makes the very compelling point that holding the games in Rio is forcing athletes who've waited their whole lives to compete to make a very difficult decision about risking their health:

Currently, many athletes, delegations, and journalists are struggling with the decision of whether to participate in the Rio 2016 Games. We agree with the U.S.Centers for Disease Control recommendation that workers should 'Consider delaying travel to areas with active Zika virus transmission'. If that advice were followed uniformly, no athlete would have to choose between risking disease and participating in a competition that many have trained for their whole lives.

While this is a plea on a scale previously unseen ― the voices of these 125 experts will likely carry more weight than an individual complaint or call to action would have ― this isn't the first time somebody with a background in public health has advised moving the games of of Rio, so to avoid the potential for spreading Zika through international visitors. Weeks ago, a Canadian biologist named Amir Attaran made much the same point, cautioning that Rio was right inside the "heart" of the outbreak.

According to Brazil’s official data, Rio is not on the fringes of the outbreak, but inside its heart. ... By spreading the virus faster and farther, the Games steal away the very thing — time — that scientists and public health professionals need to build such defenses.

Both Attaran's warnings and those the group of experts cited on Friday also included some shots at the WHO itself, specifically criticizing the group for showing what they consider too much deference to the International Olympic Committee (IOC) on the matter. Back in February, the IOC's Dick Pound characterized the Zika concerns somewhat dismissively:

If you are a young woman who is pregnant, and not many athletes will be, or planning to get pregnant, then there are precautions you should take. Beyond that, for me it's a manufactured crisis.

Rest assured, given the scale of this potential public health threat and the millions upon billions of dollars on-the-line depending on what happens, you're going to hear more about this before the games kick off in August. Last week, Dr. Chan insisted the situation was "all about risk assessment and risk management," telling the AP, "You don't want to bring a standstill to the world's movement of people."

More like this
7 Expert Tips For First-Time Pickleball Players
By Carolyn Steber
For These Abortion Clinic Volunteers, Going TikTok Viral Is A Risk Worth Taking
By Audra Heinrichs
5 Ways To Stand In Solidarity With Women In America From The UK
By Sophie McEvoy
How To Fight For Reproductive Rights, Based On How Much Time You Have
By Courtney Young
Get Even More From Bustle — Sign Up For The Newsletter