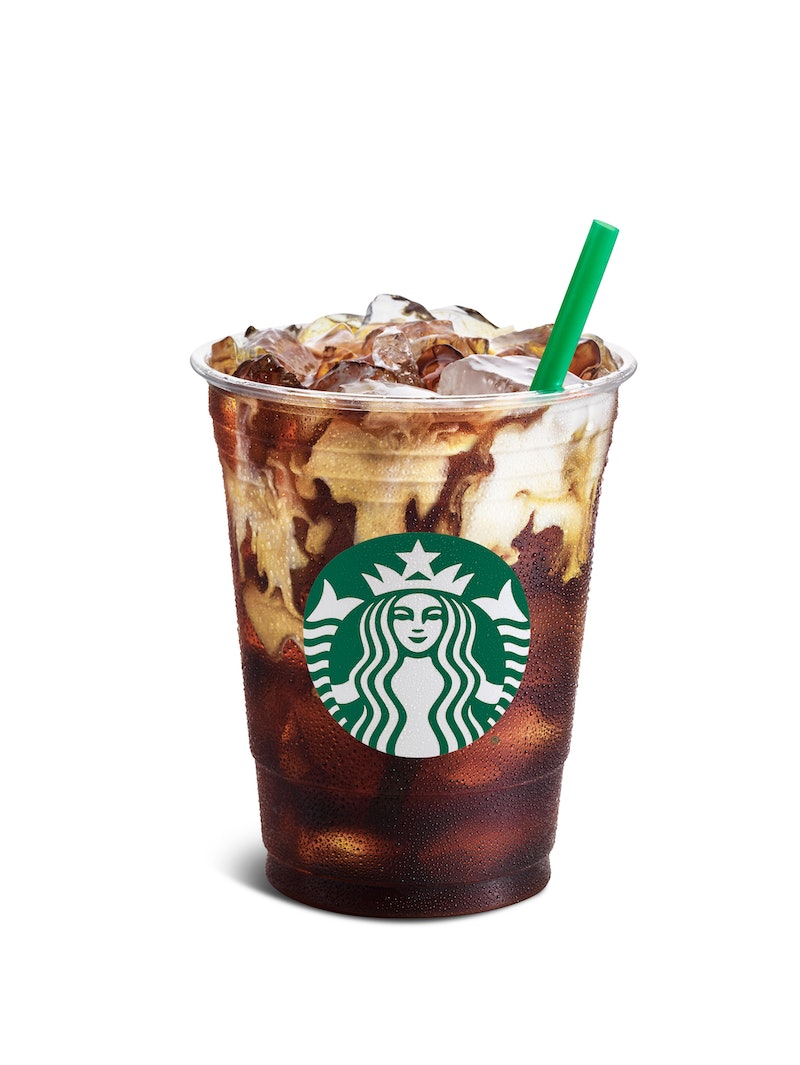 Nothing says “summer” quite the way iced coffee does — and now Starbucks has a new way for us to cool off this season and beyond: A creamy, vanilla-flavored, cold brewed treat that I can’t wait to get my hands on. But what’s in Starbucks Vanilla Sweet Cream Cold Brew coffee? I’m glad you asked. It’s a relatively simple recipe, all things considered — but sometimes, the simple things are all you need.

Starbucks first began testing cold brew coffee during the summer of 2014. It became a permanent menu item in 2015, so it makes sense that the next step would be adding a few bells and whistles to it in 2016 — hence, the two new additions to the Starbucks Cold Bar menu: The aforementioned Vanilla Sweet Cream Cold Brew, and Nitro Cold Brew.

Available as a permanent menu item starting on May 31 in Starbucks stores located in the United States and Canada, Vanilla Sweet Cream Cold Brew is pretty much exactly what it says it is: Cold brew coffee with a dose of vanilla-y sweetness. As such, it probably doesn’t come as a surprise that, unlike some of the fancier drinks the coffee giant offers, Sweet Vanilla Cream Cold Brew has just two ingredients.

But oh, what a lovely pair of ingredients it is! For the curious, here are all the details:

What separates cold brew coffee from regular, hot brewed coffee isn’t just the temperature of the water — it’s also the time it takes to make it. Coffee brewed with hot water can be made in a matter of minutes, with the heat serving as the method by which the coffee solubles are extracted from the grounds; cold brew, however, uses time rather than heat to extract the coffee solubles. Making it can require anywhere from 12 to 24 hours’ steeping time, but the payoff is worth it: Cold brew is much less acidic than hot brewed coffee is, giving it a smoother taste and making it a lot easier on your stomach.

Starbucks’ Cold Brew is made with a blend created specifically for cold brewing; it’s made in small batches at each location that serves it every day, where it steeps for 20 hours. The result is a rich, naturally sweet-tasting coffee with hints of chocolate and citrus. A 12-ounce Tall Vanilla Sweet Cream Cold Brew has 140 mg of caffeine, according to a Starbucks spokesperson; however, a 12-ounce Tall straight Cold Brew coffee has about 150 mg.

We’ve all had at least some sort of experience with vanilla-flavored coffee creamer, right? Well, this is definitely not that. It's better. Way better.

Not unlike Starbucks’ Cold Brew Blend, the treat that gives Vanilla Sweet Cream Cold Brew its name was created with a specific purpose — in this case, to complement Starbucks Cold Brew. House-made, the Vanilla Sweet Cream isn’t added to the cup first; it’s floated across the top of the coffee, where it hovers for a few moments before beginning to tumble down to the bottom of the cup. Yum.

Starbucks Sweet Vanilla Cream Cold Brew is available at Starbucks locations in the United States and Canada starting today; a 12-ounce Tall will set you back $3.25 to $4.25 depending on the market.