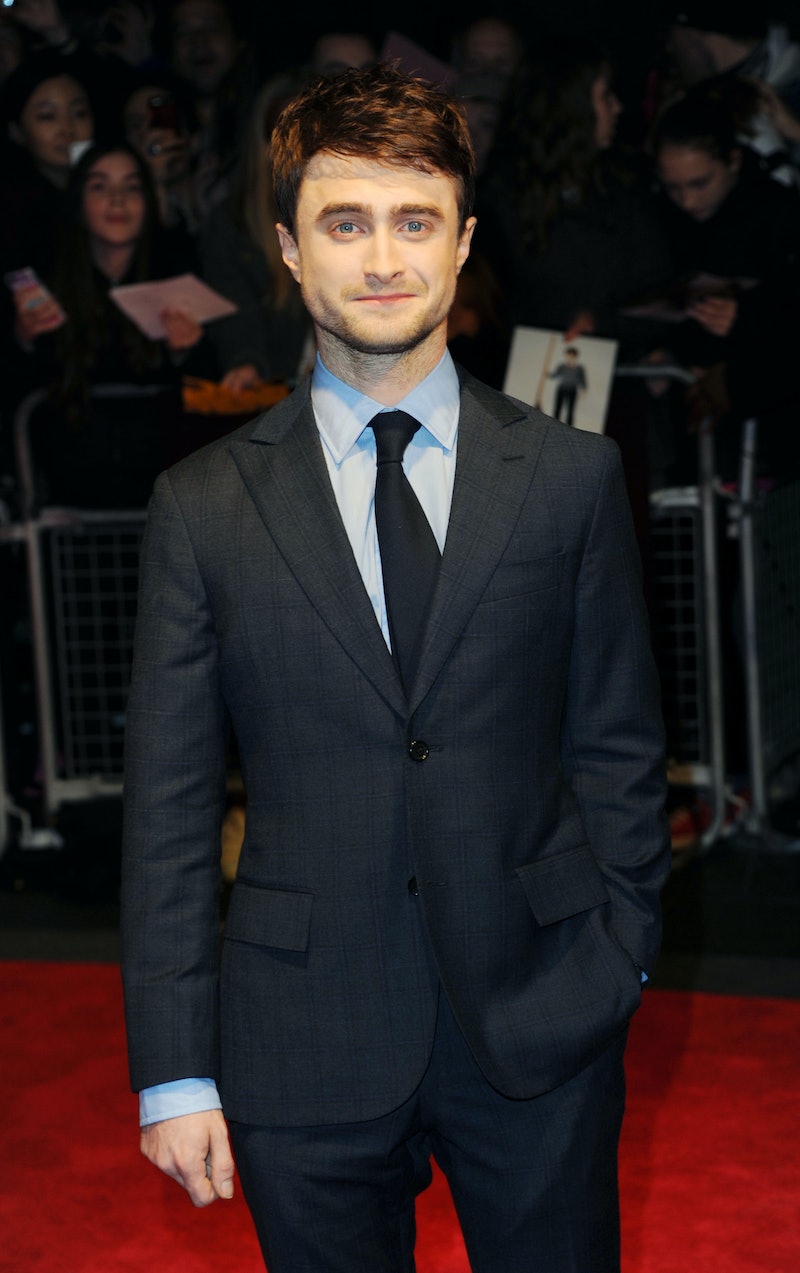 Let me preface this by saying that as a huge Harry Potter fan, I will love Daniel Radcliffe no matter what he does. I stood by him (and bought tickets) when he stripped down for Equus, supported him during his alcoholism reveal, and definitely had something to do with all those MTV Movie Award wins. After all this time, I figured that there was nothing Radcliffe could do or say to test my allegiances — but clearly, I forgot to add "or do to his hair." Because when I saw these photos of Radcliffe's new haircut at the WhatsOnStage Awards, it shocked me so much that Albus Severus almost became my new favorite Potter.

Apparently, Radcliffe's long locks are for his new movie, Frankenstein, and he's been growing them out for some time now. Still, that doesn't mean I'm not disturbed by seeing the actor with such frighteningly bad hair. At first glance, I hoped it was a wig; otherwise, why, even in the name of art, would Radcliffe do that to his pretty, pretty face?

The only upside to Hairmageddon? It makes Rupert Grint, typically the member of the Potter trifecta with the strangest haircuts and outfit choices, look substantially more normal. Maybe it just took a long-haired Radcliffe for us to realize that he's not the only member of the franchise who can clean up well. Sure, J.K. Rowling might say that Hermione should've chosen Harry over Ron, but judging from the discrepancy between Radcliffe and Grint's recent looks, I think it's pretty clear that Hermione made the right choice.

Luckily, Radcliffe has said that he won't keep the crazy hair for much longer once Frankenstein wraps filming. After all, hair that long requires a lot of work; as Radcliffe said in an interview, "doing anything to it is a f------ nightmare." And as we all can attest, looking at it isn't any better. Radcliffe, get those scissors ready.

Check out a photo below: