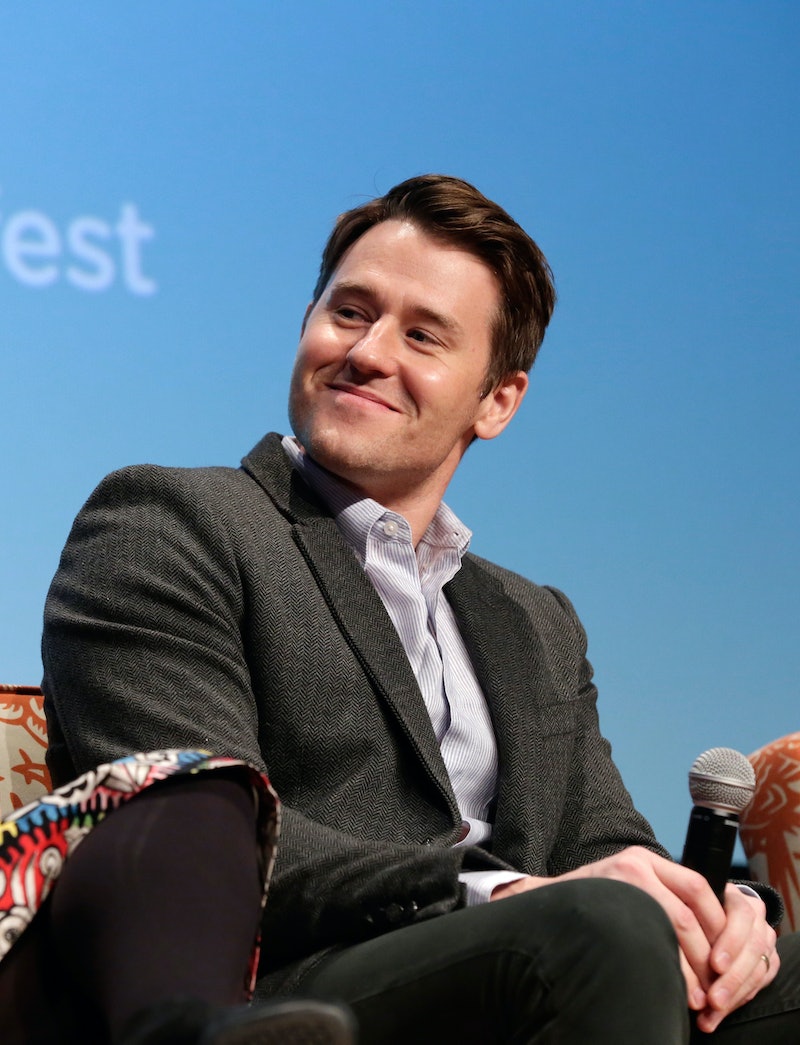 Central Intelligence, starring Kevin Hart and Dwayne "The Rock" Johnson, is an action-comedy that centers around Johnson's character, Bob Stone, a high school loser, reconnecting with Hart's character, Calvin Joyner, a high school legend, over a series of questionable Facebook messages. The catch? Bob has since "glowed up" into a CIA agent and seeks out the currently downtrodden Calvin to help him right some wrongs on the spy front after being unjustly disgraced. I got the chance to sit down with the Central Intelligence screenwriters David Stassen and Ike Barinholtz to talk about the movie, specifically how Facebook and social media became the jumping off point for the entire film.

Barinholtz says that it all stemmed from personal experience:

"This is going back about six years, and I was on Facebook, [Stassen] wasn't, and I saw a photo of a guy that we knew. We had lost touch with him and he was holding a machine gun... We were like, 'Wow, thats kind of a funny idea. What would happen if we lost touch and he came back and he was like Jason Bourne but kind of like a f*ck up... He changed his life and was a professional killer but he still had no social norms?'"

Stassen adds of the real-life inspiration:

In addition to seeing recent pictures of wayward old acquaintances, I ask the Mindy Project writers if they had any personal experiences with unnerving Facebook messages like the one Bob sends Calvin in the film. Stassen explains that he hasn't because he (perhaps smartly) never made a Facebook profile to begin with. In fact, he served as the character inspiration for Calvin in that way. "I intentionally never got on Facebook," he says. "I would've ended up being creepy. Like two in the morning, stalking people."

Speaking of social media validation and the value we as a culture put on things like Facebook messages, Twitter retweets, and Instagram likes, the film features another, somewhat unintended message that occurs when Johnson's character declares that he "hates" bullying. Because despite the film highlighting Bob being bullied in high school the "old school" way, it still applies to the current conundrum of cyber bullying.

"That was something we kind of touched on lightly, but once ... the part was evident it was going to be [Johnson] playing it just because he's so big and larger than life, to kind of double down on that," Stassen says.

Barinholtz adds, "It's something we always kind of had subtextually in there, very layered and very lightly, and I think that’s something we’ve got to credit [Director, Rawson Marshall Thurber] and Dwayne for pumping up into the script." Stassen says that it's "a message that fits for today."

In the scheme of the film, the screenwriters' real life experience (or lack thereof) with Facebook and using it as a vehicle for drudging up the past, became a way to highlight a timeless and familiar mantra. Barinholtz sums up the movie best when he says, "High school doesn't define you and a lot of people think it does."

Can I get an amen?