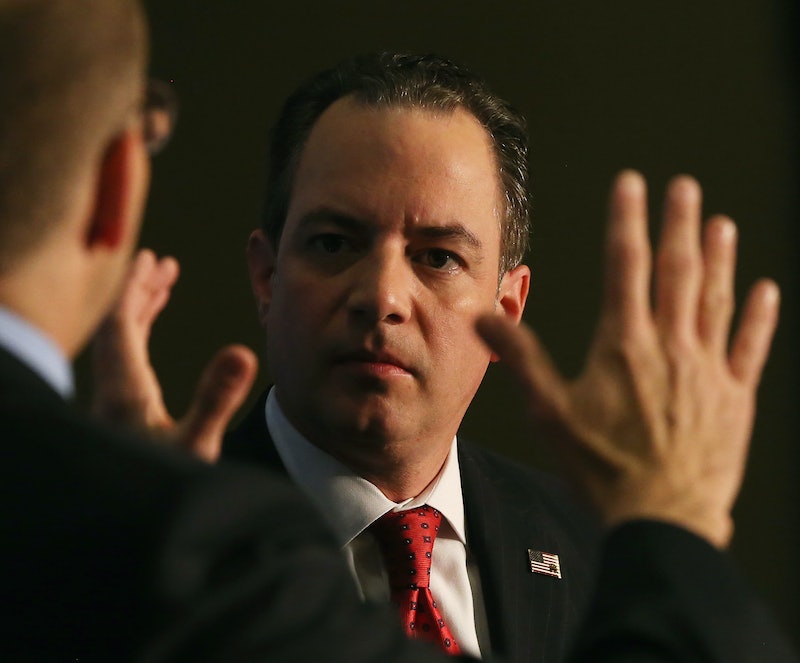 Despite his frequent fulminations against the Republican establishment, Donald Trump is relying heavily on the Republican National Committee to build his national campaign infrastructure ahead of the general election. But this plan may be backfiring: According to reports, the RNC is seriously understaffed in key swing states, thanks to fundraising shortages, and state GOP officials are not pleased.

The RNC reportedly promised state party members in Ohio, Pennsylvania, Florida, New Hampshire, and elsewhere that it would deploy field staffers to help build the GOP’s ground game for the November election. But the party is currently far short of these deadlines, according to Politico, and key swing states are understaffed as a result.

This, of course, has big implications for the presidential race. You can’t win a national election if you don’t have a team of minions knocking on doors, registering new voters, mobilizing supporters and building support at the grassroots level. But because Americans increasingly vote along party lines, this lack of campaign infrastructure also endangers the GOP’s control of the Senate. There are several Republican senators in very close reelection fights, including in Ohio and Pennsylvania, and they’ll need every bit of help they can get from the national party to hold onto those seats.

This is surely a disappointing development for both Trump and party elders. In early May, Trump indicated that he would outsource much of his campaign to the RNC. In theory, this move would allow the national party to help Trump raise money and build a campaign infrastructure on the state level, as Trump doesn’t have much of a national ground game and hasn’t built a significant fundraising apparatus.

But so far, it’s not working, and the reason it’s not working should be worrisome to Republicans: chronic fundraising shortages. The bizarre, unpredictable, and protracted nature of the Republican primary resulted in a lot of Republican donors keeping their wallets closed early on in the process, unsure of how things would play out. Even now that the primary is effectively over, a lot of conservative donors have serious reservations about Trump as a candidate, which has continued to hamper the party’s fundraising.

No matter how you slice it, the fundamental issue here is the nominee. If Trump had a sufficient enough fundraising operation of his own, he wouldn’t have needed to rely on the RNC. If Trump was a less controversial and offensive candidate, donors would be giving more money to him and the national party. For months, Trump has been enjoying the benefits of running a completely unique and anomalous presidential campaign. Now, he’s beginning to see what the costs look like.