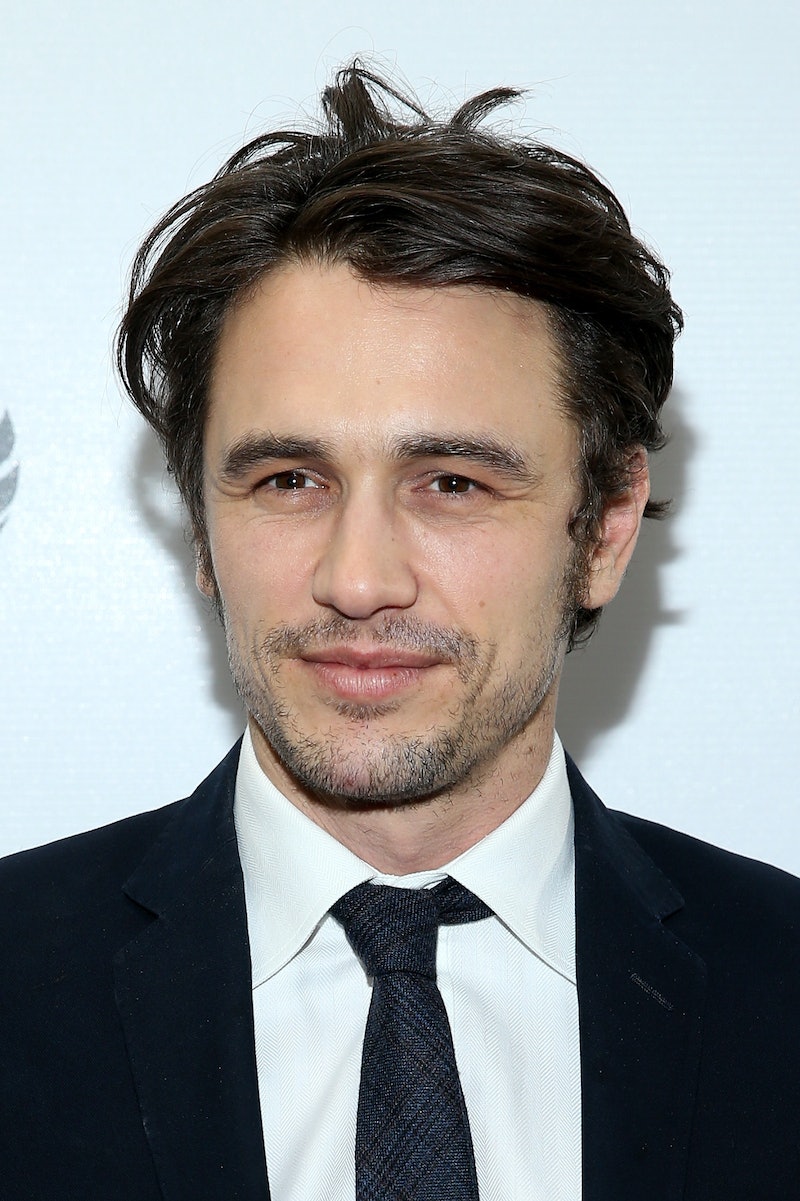 With the trailer currently available for the Lifetime remake of Mother, May I Sleep With Danger? remake, I don't want to ever hear you say that James Franco gave you nothing in this life. While he is just one portion of what makes this remake look like pure, glorious, cheesy goodness, Franco looks like he will be make the most of his small role. He is joined by Tori Spelling (who starred in the original version) and Emily Meade (Money Monster) as well as director Melanie Aitkenhead, who is also helming the film version of Franco's book Actor's Anonymous. Slated to make an appearance as the director of the high school play (because every good teen movie needs one, right?), where he will be worrying over whether his gory vampire production has too much fake blood, Franco's presence will definitely be felt. But why would he sign up to be a part of a Lifetime movie, let alone a remake? Well, maybe it's because this version is coming back to life, bringing with it some serious bite.

Yes, I just made a vampire reference but it's for another very good reason. You see, the version of Mother, May I Sleep With Danger? is being billed as a "lesbian vampire drama," and oh man, it looks like it's gonna be magical. This ain't your mama's traditional Lifetime movie. Instead, Franco and co-writer Amber Coney have opted to update the 20-year-old original film by amping up the teen angst, romantic peril, and campy horror. What has resulted is a remake that will become, undeniably, a masterpiece in its own right.

This isn't the first or last time that Lifetime has drawn major stars to its films. The channel boasts numerous major celebs making appearances, including notable recents like Will Ferrell, Kristin Wiig, and Lindsay Lohan. With Mother, it looks like Lifetime will be keeping the melodrama turned up to 11 in the best way. While I'm totally ready for the hijinks, I'm also excited to see what Franco will do with it — he always has a way of writing material that is meaningful once you peel it back. Perhaps with this Mother remake, the script he and Coney have written will explore the original idea of the all-consuming danger of young love through this vampire metaphor? Or perhaps it's just going to be a totally amazing Bechdel test-passing bloodbath. Either way, I'm totally game. Are you?