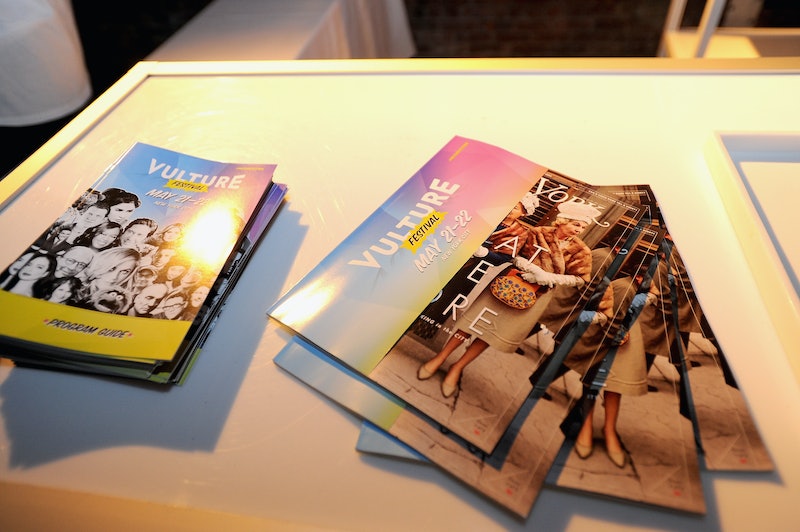 How sexist is publishing? Well, How much time do you have? (We're kidding.) The VIDA numbers for 2013 are out and offering up some interesting perspectives. The VIDA count is an annual tally compiled entirely by volunteers to determine how well-represented women are in major literary publications like the New York Review of Books and The New Yorker. Unsurprisingly, the answer is often not very positive. But this year's VIDA report shows some shifts that we can all be cautiously excited about, and not just because they're reviewing 24 new journals.

Most notably, The Paris Review made a big turn around. They went from being one of the worst offenders VIDA looked at each year, to suddenly having a roughly 50-50 overall gender balance in their pages. Men were overrepresented in the interviews they ran, women were overrepresented in the fiction they published, poetry and essays were about equal, and once the numbers were averaged out, it turns out that The Paris Review actually closed their gender gap, all in just one year. Which proves that this stuff really isn't so hard.

Unfortunately, for some publications it still seems to be a challenge. The New Republic actually got worse this year, with a pie chart that skews 79 percent male. Way to go, guys — and I do mean guys; only six percent of their book reviewers are women.

Meanwhile, The New York Review of Books has kept their overall numbers around 80 percent men for four years now. And other major publications — The Atlantic, London Review of Books, and The New Yorker — still continue to maintain at around 75 percent male. (Funny that The Paris Review actually decided to change and yet still maintained the same quality as ever. Things that make you go "hmmm.")

There are bright lights, though. Tin House continues to be excellent, which might have something to do with the fact that their staff is 60 percent women. Having women around always helps with the whole not-ignoring-women thing. Ninth Letter, though, is the literary journal with the highest percentage of women at 62 percent. Which doesn't really balance out the 75 percent men crowd, but it's a nice change. And lots of publications hovered around equal this year, including n + 1 , The Kenyon Review , New American Writing , The Missouri Review , and Conjunctions .

So if you're thinking of switching up your literary journal subscriptions, those might be some good ones to check out.

The good folks at VIDA also suggest other easy ways to help change these numbers. All of their informational charts also include an email address for the editor of the publication in question. They suggest using it to send these editors an email letting them know you appreciate their efforts to be balanced — or you are disappointed by their gender bias and want them to change. They suggest the line “We’ve seen your VIDA Count pies, and we don’t like the taste of your contents anymore.”

After all, if The Paris Review can turn it all around in one year, so can any other long standing publication.

More like this
The 20 Best Audiobooks To Fall Asleep To
By Aoife Hanna and K.W. Colyard
Watch The Emotional Trailer For Dolly Alderton’s 'Everything I Know About Love'
By Bustle UK
10 Must-Read New Books Out This Week
By K.W. Colyard
Thank U, Ex
By Rosemary Donahue
Get Even More From Bustle — Sign Up For The Newsletter