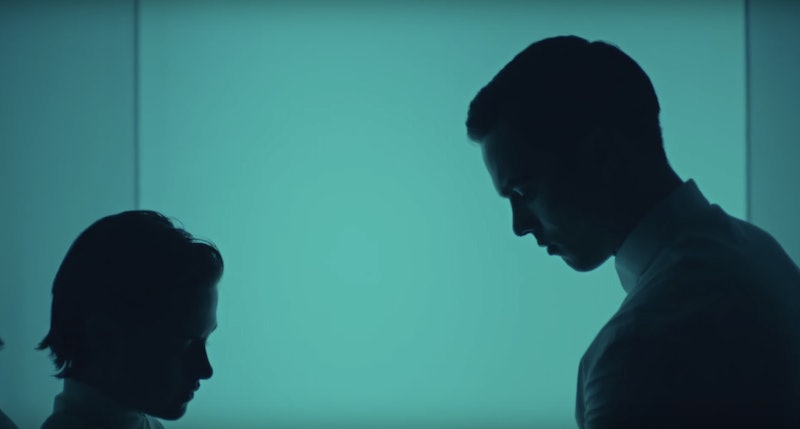 Take note: Like Crazy director Drake Doremus's latest offering sounds fascinating. The 2016 film Equals, penned by Moon screenwriter Nathan Parker focuses on a romance between two people living in a futuristic society where people no longer feel emotions. Silas (Nicholas Hoult) and Nia (Kristen Stewart) are the exception to the rule, though: they find themselves falling in love with one another, after contracting a mysterious disease. Naturally, the society they live in isn't so excited about this new development, and the pair find themselves in conflict with the ruling faction.

Deadline interviewed Doremus about the movie and he explained he had been inspired by Stewart and Hoult to develop their characters: “I met [Nicholas Hoult] through mutual friends of mine… and modeled the character Silas after him. I then met Kristen [Stewart] and thought she was really unique. [I felt] there was something in her that hadn’t been tapped into yet. And I think the performance in the movie is a very special one. It’s raw and beautiful.”

As a major Eternal Sunshine of the Spotless Mind fan, I couldn't help but notice the overlap of themes between the two movies. This whole forbidden romance/zero-emotions-allowed setup sounds similar — as do other factors...

Winslet was a global sensation thanks to Titanic (1997), while Carrey had a whole host of big movies under his belt by this point, from The Mask (1994) to Ace Ventura: Pet Detective (1994) to The Truman Show (1998). The screenplay for Eternal Sunshine might have been co-written by Hollywood heavyweight Charlie Kaufman (Adaptation, Being John Malkovich) but it was directed and co-written by French director Michel Gondry (The Science of Sleep, Be Kind Rewind) who wasn't yet big in Hollywood.

I'd still count Eternal Sunshine as one of the best movies either Winslet or Carrey has ever made — acting in an indie film gave them both a chance to take a risk on material that was weirder and smarter than most of what they'd tried before. Hopefully, this will mean the same for Hoult and Stewart, with Doremus acknowledging that "there was something in her (Stewart) that hadn’t been tapped into yet."

The Whole "Battling For Love Against Futuristic External Circumstances" Concept

The action of Eternal Sunshine Of the Spotless Mind centers on (spoiler) the fact that Winslet's character, Clementine has hired a company, Lacuna, Inc. to erase all memories of her relationship with Joel (Carrey) following a fight the pair had. When Joel discovers this, he attempts to undergo the same procedure and much of the film takes place in Joel's mind as he tries to hide Clementine in remote parts of his unconscious.

It sounds like Equals will also involve a good deal of love happening undercover under some freaky futuristic circumstances — making goo-goo eyes at each other and then having to evoke glassy indifference as authoritarian leaders of the law march past, etc. I mean: this is pure speculation, but the overarching theme sounds similar enough to pique my interest.

Equals will have a limited release on July 15: So go see it in cinemas to check if love really does conquer all, even societal aversion to feels.

Images: Movieclips Trailers/YouTube; This Is That, Giphy (2)