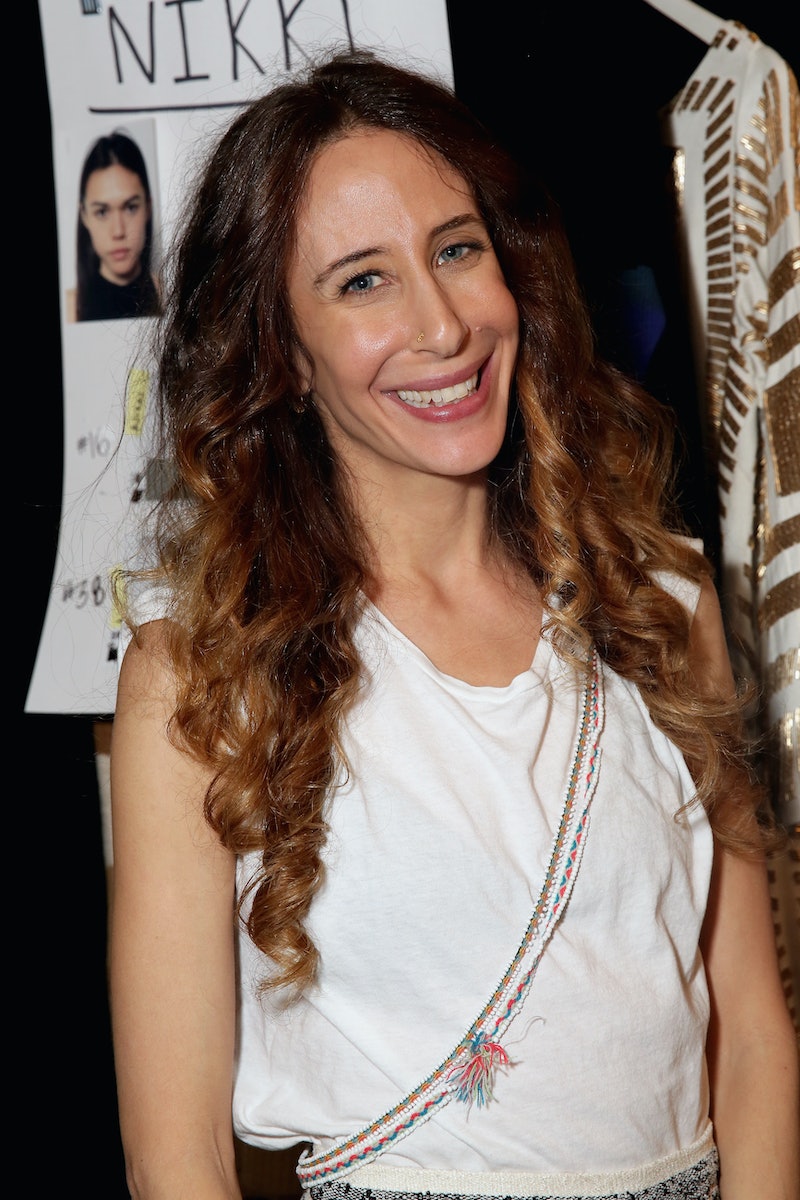 If you've heard of summer style maven Mara Hoffman's new makeup collaboration, you might just be itching to know what's in the Sephora x Mara Hoffman line. For those of you who are unfamiliar with the name, Hoffman is a New York-based designer who specializes in womenswear and bathing suits, and has a penchant for bright, psychedelic-like hues and festival-approved prints. On Hoffman's website, her aesthetic is described as being rooted in the mystical. "Recurrently drawing from nature and mythology, Hoffman ultimately draws inspiration from her own travels around the world and is a true, living embodiment of her designs."

That inspiration shows, considering how most of her collections are pattern-rich and print-heavy, veering towards '70s chic and laid-back-bohemian details. One can subsequently assume that her makeup collection will be just as loud and colorful, right? Well, yes and no.

The makeup itself is going to be very pared down and natural, but the packaging it comes in is set to be mouth-watering-ly bright. Hoffman shared with Popsugar, "I don't want you to look like you're wearing makeup. I've never really related to that."

So what is the aesthetic she's going for? Hoffman wants you to look beachy — like you're about to spend some time out in the wild. She explained to Popsugar, "I feel like I'm my natural most comfortable state of being when I look — it's not disheveled — but like I've been in nature on some level. That beach look is a really comfy space for me."

So how will the line reflect that? According to Popsugar, the Mara Hoffman "Kaleidoscope" collection for Sephora will include a smattering of natural-looking products. "The offering reflects this with three do-it-all cheek trios in bronze, blush, and highlighter shades ($28); five slightly pigmented lip glosses that range from beige to coral ($28); and a tinted lip balm in a sheer rose hue ($18)."

As you can see, it's all about going natural rather than playing with too much kitsch. But there's still more! Popsugar reported, "A stand-out is a multitasking balm for face, body, and hair ($30) with the loveliest lavender scent. There are also Mara Hoffman–printed makeup brushes ($24-$64) and cosmetics cases ($20-$110) that double as clutches."

Finally we can have natural makeup on our face but make some statements with the cases. IMO, that's the best of both worlds.