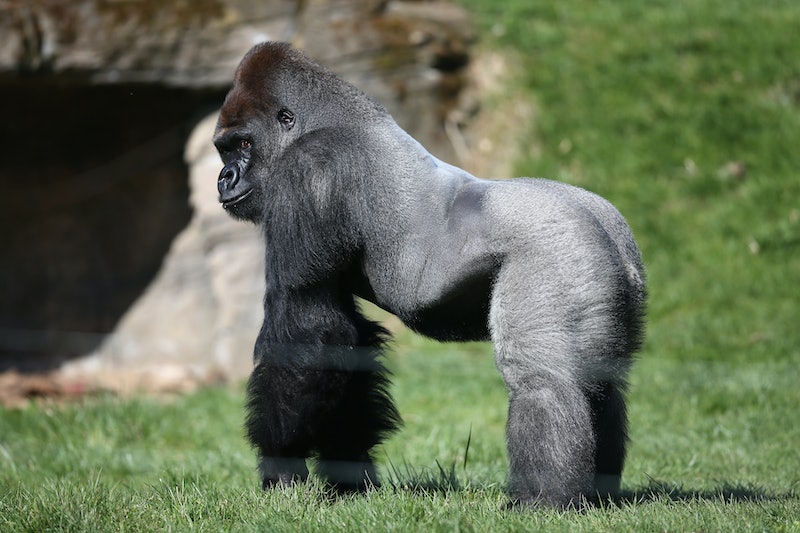 A tragedy unfolded at the Cincinnati Zoo on Saturday when a four-year-old child fell into the enclosure of Harambe, a rare silverback gorilla. After about 10 minutes, zoo workers determined that the child's life was in danger, and shot and killed the endangered gorilla. The child was hospitalized. This was a devastating situation for everybody involved, and while there's some debate over who — if anyone — was at fault for the incident, many others are asking the simple question: Who was Harambe the gorilla?

The 17-year-old, 419-pound silverback gorilla arrived in Cincinnati from the Gladys Porter Zoo in Texas in April of 2015. Described by the Cincinnati Zoo as "very intelligent and curious," Harambe was placed in a social group with Chewie and Mara, two female gorillas. The zoo said that this was important in helping Harambe transition "from teenager to confident and well-balanced silverback."

"At 16, Harambe is a young silverback learning his role as a future leader," said Ron Evans, the zoo's primate curator, at the time. "He got too old to fit in at his natal institution and, like wild gorillas, had to leave the area to find his own way. Matching him up with the socially-savvy Chewie and Mara is a good step in his development."

"He demonstrates intelligence and curiosity, using sticks and things to reach for items outside his grasp," Evans added.

The Cincinnati Zoo released the following statement about the incident:

A 4-year-old boy climbed through a public barrier at Gorilla World at around 4pm today at the Cincinnati Zoo & Botanical Garden and fell into the exhibit’s moat. The two female gorillas in the exhibit were recalled immediately, but the third, a male, remained in the yard with the child. The Zoo’s Dangerous Animal Response Team responded to the life-threatening situation and made the difficult decision to dispatch the gorilla (Harambe).

“The Zoo security team’s quick response saved the child’s life. We are all devastated that this tragic accident resulted in the death of a critically-endangered gorilla,” said Zoo Director Thane Maynard. “This is a huge loss for the Zoo family and the gorilla population worldwide.”

The child was alert when transported to Children’s Hospital Medical Center. The hospital is not releasing details on his condition. “Our thoughts and prayers are with the family and little boy,” said Maynard.

The Zoo will be open tomorrow, but Gorilla World will be closed until further notice.

The child who fell into Harambe's enclosure sustained serious but non-life-threatening injuries, and is expected to make a full recovery.

More like this
25 Things I've Reduced My Life To, In Addition To WFH In My PJs
By Ginny Hogan
The 4 Best Cat Repellent Sprays For Furniture
By Masha Vapnitchnaia
So Many Dog Owners Are Obsessed With These Weird Dog Products
By Veronika Kero
Amazon Keeps Selling Out Of These Pet Products With Near-Perfect Reviews
By Madison Barber
Get Even More From Bustle — Sign Up For The Newsletter