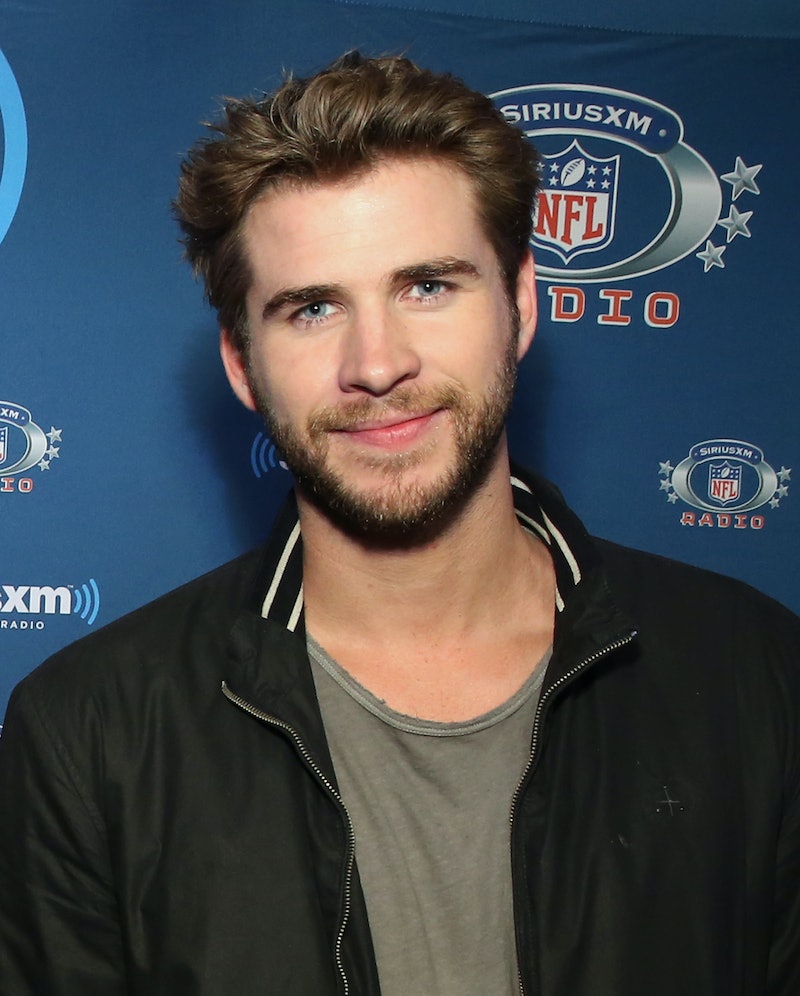 I try not to put too much personal stock into celebrity relationships. After getting way, way too invested in Nick Lachey and Jessica Simpson back in the day as tween (seriously, how great was Newlyweds?) I realized that nothing lasts in Hollywood. But maybe I was wrong — perhaps some of my favorite celeb romances actually can stay strong. When GQ Australia interviewed Liam Hemsworth about his relationship with Miley Cyrus, it became clear to me that perhaps this couple is actually meant to last forever.

Hemsworth slyly told GQ Australia in a round about way that he and Cyrus are together; as you probably remember, the duo were together for years, even getting engaged, before breaking up and reportedly reuniting earlier this year. Speaking about their current, confusing status (neither star has spoken out about if they're truly back together), Hemworth gave what equals a definite "duh" answer — and I can totally respect that. He said,

People will figure it out, they already have... They’re not dumb.

He's right — you just need to pay attention and you'll see where they're at. But that's not the quote that had my cynical self seeing the Miam relationship in a completely different light. It was when Hemsworth discussed embracing feelings and necessary time alone to grow that really hooked me. He explained to GQ Australia this about initially falling for Cyrus,

I guess when I feel something, then I just feel it and I go for it. I make my decisions about what’s going to make me happy, what I think is right and what I want to do – and I don’t worry too much outside of that.

So, yeah, not only is Hemsworth talented and impossibly handsome, he's a romantic too. I'm not sure how one human can possess that many good qualities, but I'm not going to question it. In fact, the actor's whole personal stance on the tried and true mantra of, "If you love something, let it go..." is enough to make me sure that this reunion is for real.

Case in point, he said this about his breakup with Cyrus,

Of course it was hard, man. But at the time we were going in different directions and it’s just what needed to happen. We were both super young and it was a good decision at the time – we both needed that.

What does this mean for Hemsworth and Cyrus' relationship, you ask? Well, I think it means, as he professed, that they're older and wiser and know what they want now. That's all the makings for a healthy, stable relationship with one more crucial ingredient — they're still in love. Aww.