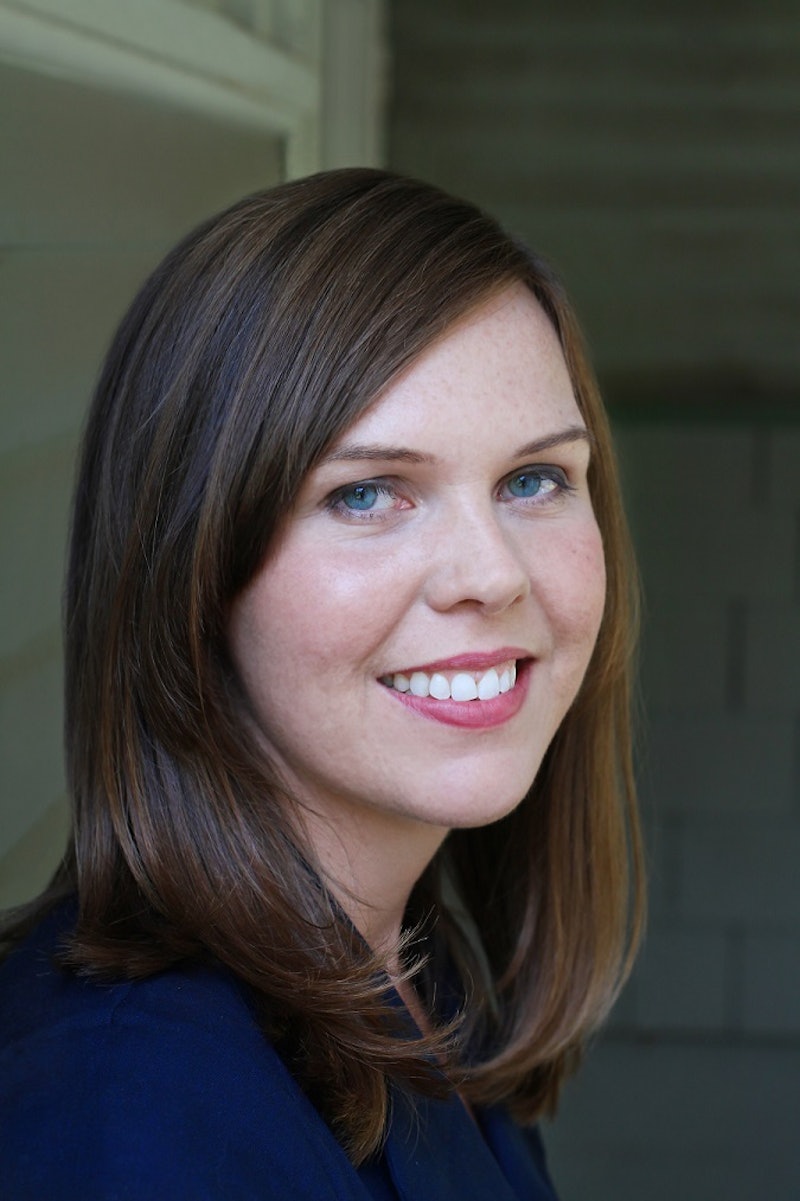 TaraShea Nesbit's debut novel The Wives of Los Alamos (Bloomsbury) is a fascinating look at an often overlooked facet of — the wives of the physicists who worked on the Manhattan Project during World War II. The novel is historical but also intensely personal, and makes masterful use of third person plural narration. It is a must-read for anyone with an appetite for historical fiction or just a well told story.

The novel begins in 1943 as the government begins recruiting physicists to move to Los Alamos, New Mexico to work on the atomic bomb, while their wives are told nothing. They remember the men who come to their doors to talk to their husbands in private, or the sudden conversations about moving that come as a surprise. "Our husbands joined us in the kitchen and said We are going to the desert, and we had no choice but to say Oh my! as if this sounded like great fun. Where? we asked, and no one answered."

Nevertheless, these women move across the country to a community in the desert that has only been half-built. They are given new names and assigned houses that sometimes aren't even built yet, and they try to adapt, even though they still don't know what their husbands are working on of why they are there. They navigate pregnancies, water shortages, and jobs for which they are overeducated and underpaid. They gossip, they clean house, they stage small rebellions. Mostly, they try to carve out a life for themselves despite having no idea why they have come to Los Alamos or how long they might be there.

Women on the edge of major historical events are often overlooked, and in this case are practically ignored even by the people who interact with them every day. Yet Nesbit has reconstructed them for us, in all their collective, complicated glory. The use of the we-voice elevates their story to a collective struggle. They are, by and large, intelligent and educated, but now find themselves cut off from their friends and family and treated as their husbands' troublesome tag-alongs. They are told that their concerns over bathtubs and maids are unimportant, but at the same time are not given anything else to do with their time. Yet as the collective voice suggests, they also have a sense of community and solidarity with one another. And though they are forgotten by history, here they speak for themselves.

The novel's premise is already intriguing, but more importantly Nesbit's treatment of it is spot on. It is intimate and yet universal, the frustrations of women stuck on the outside of their own story. From race to social class to nationality, Nesbit's narrative does examine the forces that divide women, including the wives of Los Alamos, but also shows those things that bind them — at least for this group. The women in Nesbit's novel and the calm, reflective voice they embody will captivate readers from the first page to the last.