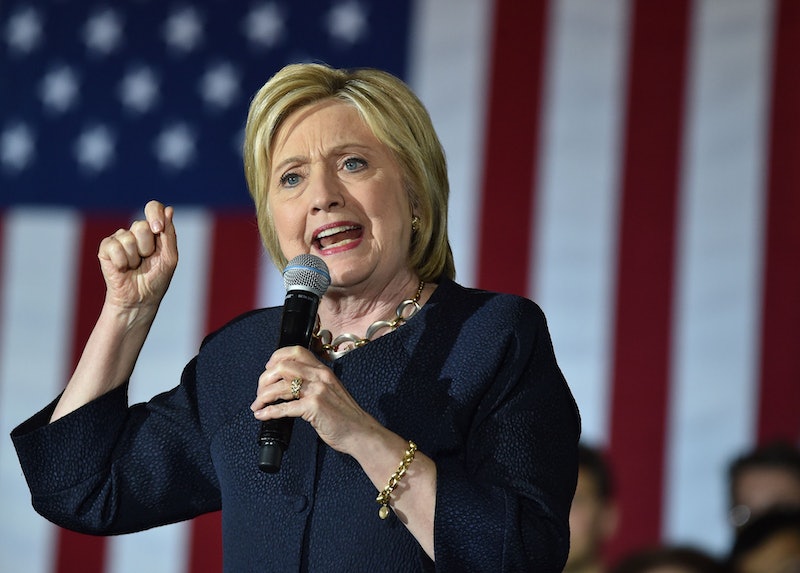 Is the Democratic primary rigged? It’s become one of the most controversial questions of this election cycle. The mind-numbingly complex delegate system, as well as the party’s use of superdelegates, have led some on the left to insist that the process by which Democrats choose presidential nominees is undemocratic. But two new analyses throw cold water on these claims, and Bernie Sanders supporters who think the system is rigged ought to take a hard look at them.

Both CNN and Harvard economics professor Dina Pomeranz decided to figure out what the 2016 primary results would be if the Democratic Party picked its presidential nominee through various alternative systems — for example, eliminating superdelegates, or going solely by the popular vote. And both came to the same conclusion: No matter what system the Democrats used, Hillary Clinton would be winning this primary.

As it is now, the nomination is won by whomever has the most delegates, including pledged delegates and superdelegates. By this metric, Clinton is ahead of Sanders by around 800 delegates. But that’s certainly not the only conceivable system by which the party could choose its nominee. Let’s look at some of the alternative means by which delegates might be allocated in the Democratic Party.

Last but not least, if the nomination was decided in the most democratic fashion possible — the popular vote — Clinton would still be winning, because she’s received about three million more votes than Sanders has. And that’s probably the best counterargument to anybody who claims that the primary was rigged. When the person who won the most votes also wins the nomination, there’s no intellectually honest way to argue that the process resulted in an undemocratic outcome.

Now, there are some small discrepancies between Pomeranz’s analysis and CNN’s, and one big discrepancy which I’ll address in a moment. But there was no disagreement about who is winning: Both Pomeranz and CNN concluded that Clinton would be well ahead of Sanders under any of the alternative systems.

So, about that big discrepancy: CNN and Pomeranz both deduced what the delegate count would be if the party distributed delegates on a “winner-take-all” basis in every state. They came up with very different totals from one another: Pomeranz found that this would give Clinton a lead of 1,593 delegates, but CNN pegged her lead at only 499 delegates. My own analysis found that it would give Clinton a 1,359 delegate lead. While these are some big differences, all three of them give Clinton a clear and substantial lead over Sanders.

There are a lot of legitimate arguments a Democrat could make against Clinton: She’s not liberal enough, she polls worse against Donald Trump than Sanders, she’s too close with the party establishment, and so on. There’s merit to all of those. However, there's no legitimate argument that Clinton is winning because the system was rigged against Sanders. Clinton is winning because more people voted for her than Sanders. One can criticize the Democratic primary for a lot of reasons, but not for being undemocratic.