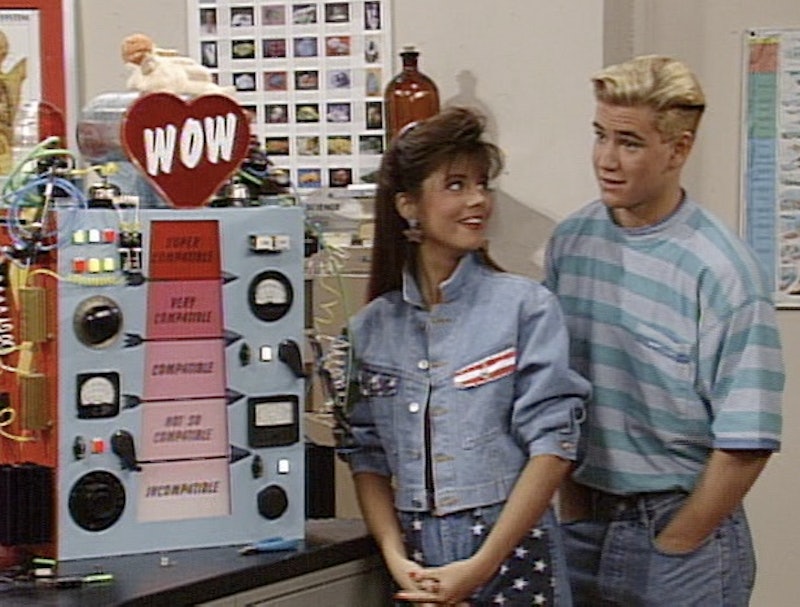 Love makes us do crazy things. Many of those things are particularly embarrassing. It doesn't matter when you are in love, be it the '90s, '00s, or today. Love makes you behave in ways that can make you cringe in retrospect. The things you did for love in the '90s were awkward and cringey in their own special way, the way most '90s things are. Of course, being in love in the age of Reality Bites and 10 Things I Hate About You and She's All That is going to make you act a little loopy when it comes to declaring your feelings. The sitcom scene and the rom com scene didn't really set us the best example when it came to acting in the name of love.

Without social media on which to deal with love from a distance, we had to do physical things that were quite embarrassing in the '90s. Things that we only talk about today over wine with friends, and that make everyone laugh a the raucous laughter of, "Oh yeah, I remember doing that too!" We might not have the wine right now, but here are 12 cringeworthy things you did for love in the '90s.

1. Called Up The Local Radio Station And Dedicated A Song To Your Love

Can you imagine doing this now? Actually picking up a phone to call the radio to proclaim your love with a song? Probably not. Which makes all the times you did it in the '90s super cringeworthy.

2. Wrote Notes And Poems Sprayed With Perfume And Covered In Glitter

Note writing in and of itself isn't that weird. But add the fact that you drenched your love notes in Tommy Girl and then filled the envelope with glitter and you've got a recipe for a pretty embarrassing wedding.

3. Made Out Loudly And Inappropriately At The Movies

In the '90s, if you went on a movie date, it was just to make out. And you did so like a shameless exhibitionist, with inappropriate rubbing-on-top-of-clothes and loud slurping noises to boot.

4. Wore Heels To The Mall

If you were in love and going to the mall with your date, you'd wear heels all day. Never mind that you had to walk around in excruciating pain all day, you did it for love. Love over comfort, of course.

5. Writing Your First Name Plus Their Last Name On All Your School Books

There were no Facebook "walls" in the '90s. All you had were your school books and folders, and rest assured if you were in love, it was written on every spare inch of page you could find.

Unfortunately the Cardigans song "Lovefool" was what we thought love was like in the '90s. It was our template for relationships. With lyrics like "I can't care 'bout anything but you" I don't think I have to tell you why acting like the song says when you were in love is cringeworthy.

7. Memorized Lines From Dawson's Creek To Say To Each Other

Or maybe a song, or your favorite rom com. Whatever romantic cultural artifact floated your boat in the '90s, it was likely you were memorizing lines from it and saying them to the one you loved.

Without Google and Facebook and all the other social networks we have now practically spitting information at us about our love, we'd have to physically stalk them. Like going to places we know they'd be, or even driving by their house.

9. Calling Their House But Instantly Hanging Up If One Of Their Parents Answered

Love was tough when you were a kid. A lot of the time you probably didn't want your parents to know, or maybe you weren't even allowed a love. Or maybe you were but you were just weird an awkward. Whatever the reason, when you called a landline and their parents answered, you'd promptly hang up. And keep trying all night until they answered. Because you were so mature.

10. Going To Halloween In A Mallrats Inspired Couples Costume

Most of your '90s inspired couples costumes were probably pretty cringeworthy, right?

11. Giving Yourself A Matching IM Name To Your Love's

The two of you just thought you were so clever with your matching IM names, didn't you? So adorable, right? Looking back, your matchy matchy names are really quiet cringeworthy. But then again, that's what all the kids in love were doing in the '90s.

12. Going On Dates To The Mall

In the '90s you'd do anything for love. Including romance at the mall. Thank goodness it's not the '90s any more.