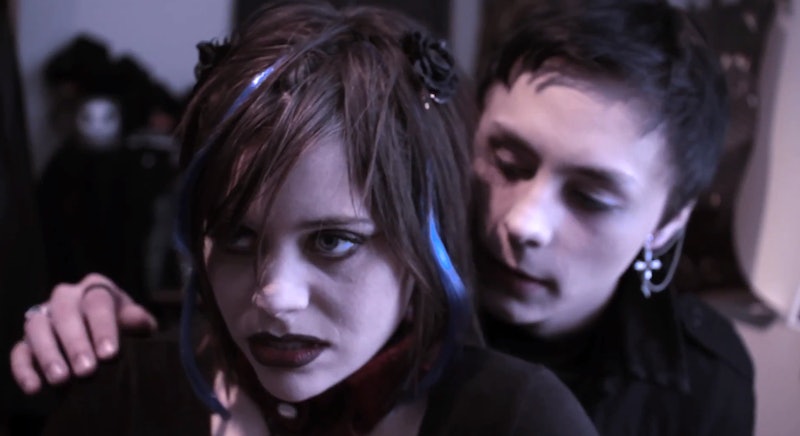 One of the most legendary fanfics in all the land has long been My Immortal. While some fanfics are mind-blowingly good, rivaling or even surpassing its source material, My Immortal is... not. But it is one of the most entertaining and ridiculous things any human could ever read and now, that Harry Potter fic also has a web series, and with it, a first look at the second season.

My Immortal — the fic and the satirical web series — follows Ebony (sometimes Enoby) Dark’ness Dementia Raven Way in all her Hot Topiced glory. She also hates preps, because who doesn't? Oh and Harry's a vampire.

Because it can be dangerous to ingest My Immortal in high doses, here is a small taste of its horrors:

But den Draco looked at me sadly with his evil goffik red eyes dat looked so depressant and sexy. He lookd exactly like a pentragram (lol geddit koz im a satanist) between Kurt Cobain and Gerard. But then I looked at Vampire and he looked so smexy too wif his goffik black hair. I thought of da time when we screwed and the time I did it with Draco and Dumblydore came and the tame where Draco almost commited suicide and Vampire wuz so sportive.

No matter how many times I read this it still upsets me.

You can read the whole thing here, and/or watch the preview for the web series inspired by it below: