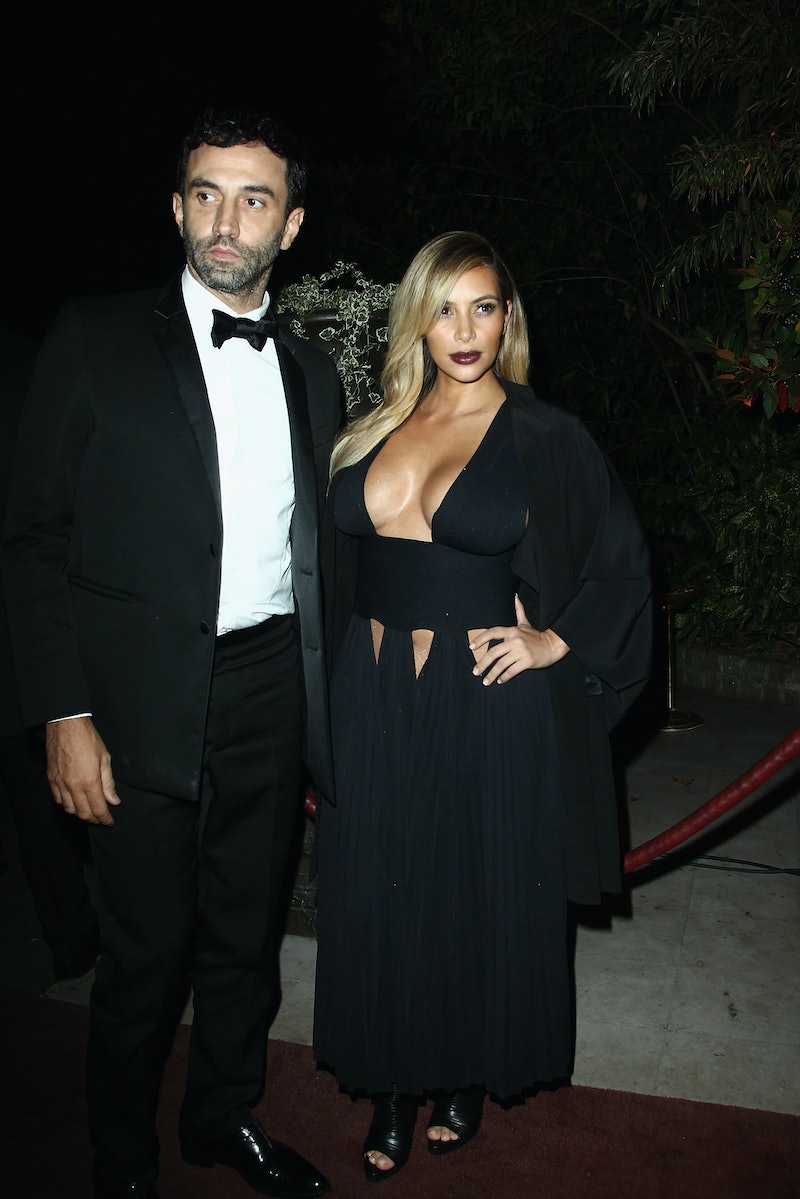 I've heard Kim Kardashian compared to a lot of things. Most of which I'd rather not repeat. However, Riccardo Tisci, creative director of Givenchy, has a whole new comparison for the Keeping Up With the Kardashians star. Tisci told the Sunday Times that he believes Kardashian is today's Marilyn Monroe.

Tisci first met Kardashian through mutual friend Kanye West (you may have heard of him), and told the Times that upon meeting Kardashian, he "fell in love." Tisci was also responsible for the design of a certain floral dress you may remember a very pregnant Kim Kardashian wearing to the 2013 Met Ball.

Kardashian and now-fiancé West are openly fans of Tisci's work for Givency, and were seated in the first row of the fashion house's Fall 2014 show in January. From Tisci's remarks in the Times article, it's clear that the admiration is mutual.

He went on to explain the Monroe comparison:

She's the Monroe of our age. People think that she's like a doll, but she's actually tough and clever.

Marilyn Monroe of our generation or not, the truth is that we're probably all just a little sick of hearing about Kim Kardashian. She is, in a word, ubiquitous — and in another, pretty. And one does have to wonder whether Kim Kardashian would be as successful as she is today if she weren't. But despite his major tie to the world of aesthetics, Tisci said his respect for Kim doesn't come from her looks (or her famous behind).

"It's not so much the beauty of people, but the talent, the roots, and the intelligence that concern me," Tisci said. "I love people who are not scared to fight for their own rights and have their own point of view."

While Kim Kardashian is rarely in the news for her talent or intelligence, Tisci seems to feel differently about that subject than popular media. Even though many of us might (vehemently) disagree with Tisci's particular definition of "talent," it's still hard to argue with the man behind Givency. Plus, he just looks really adorable holding baby North.