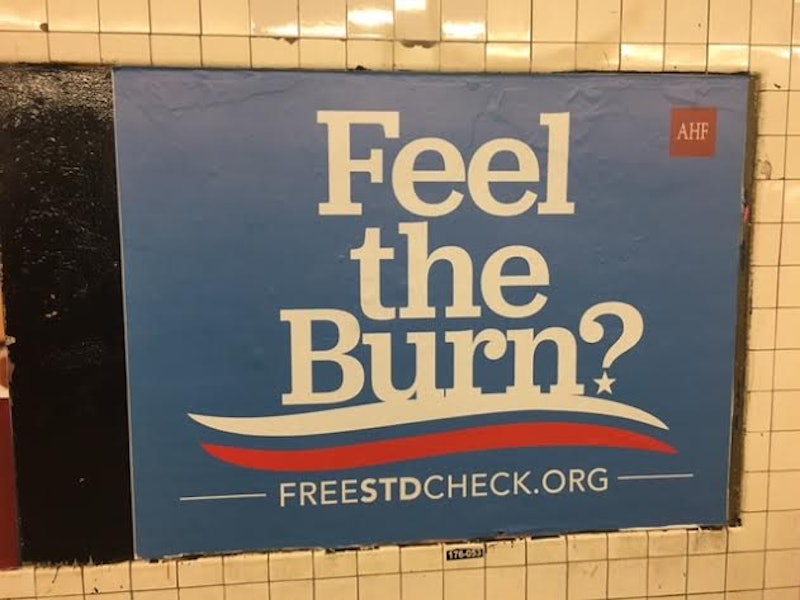 The world has been gripped to the American political cycle this past May, and not in a good way. We saw the dramatic departure of "Lyin'" Ted Cruz and "Sloppy Eater" John Kasich, leaving Donald Trump alone and overexcited in a one-man Republican race. We suffered through those "women card" comments, which Hillary Clinton took in stride and co-opted in the form of cards for her supporters. One day, your grandkids will read history books about the month when candidates' relatives had to defend them against charges that they were in fact Adolf Hitler and/or the Zodiac Killer.

May was the month when the Republican Party came undone, joining together and breaking apart in the shadow of Donald Trump — perfectly, symbolically told by the expression in Paul Ryan's bolt-blue dead eyes. May was the month in which one real-life presidential candidate suggested that another's father was linked to JFK's assassination.

In the years to come, your kids will be buried in nonfiction about How This Happened. How Donald Trump, the real estate mogul and reality TV personality so convinced of his own self-worth that he once bragged about how he'd be able to date his own daughter, came to be the person the Republican Party was forced to accept as its nominee for president. For president. As in, the job title that comes with nuclear codes attached.

Sometimes, images can tell a story better than words ever could. This is the story of May of 2016.

1. This Headline About Ivanka Trump

This one is from USA Today. Oh, OK! Good!

This bombshell was reported by NBC.

This man's expression spoke for a nation. Well, the proportion of the nation that isn't wildly sexist.

4. The Moment Ted Cruz Realized Who He Was Losing To

"Sometimes I wish I was the Zodiac Killer and not right here, right now." This screenshot comes courtesy of Business Insider's Brett LoGiurato.

Oh, Anderson. I know how you feel. I do.

6. Heidi Cruz Is Really, Really Sure Her Husband's Not A Serial Killer ...

... Or is she? Let's face it, that's hardly a convincing expression. (This one's from The Hill.)

5. Seriously! Look How Certain She Is!

Thank you, Yahoo News. This isn't a horror movie in the making or anything! Definitely!! Yes, I'm sure!!

6. Bernie Sanders Has Gotta Be Thrilled About This

Bustle's own Jackie Bernstein spotted this one on the New York subway. Hey, it's effective!

Phew! At least Muslims who are elected leaders of capital cities "could" be able to enter the United States, reports The New York Times . Why were we worried?

8. The Look Of A Man Happily Watching His Own Party Crumble

Remind you of anything?

9. I Promise That This Is Not From The Onion

This election has been a conspiracy theorist's dream come true. (The Texas Tribune later scaled down this epic headline.)

10. The Dead Eyes Of The People Behind Him Say All That Needs To Be Said

11. When The Speaker Of The House Couldn't Bring Himself To Endorse His Own Party's Presumptive Nominee ...

2016: The year that saw more dead eyes on television than any other.

12. ... Which Led To The Most Convincing Truce Of All Time

Who wouldn't believe these faces, The Hill ?

"Hey," Trump probably said, brightening up in the penthouse of a Trump Tower somewhere, "that doesn't sound all that difficult!" Thank you for this one, Mediate.

14. The Guy On The Left's Facial Expression

I wish I could bake a cake filled with rainbows and smiles, and everyone could eat it and be happy.

15. Clearly, This Is Why Kasich Didn't Get Trump's Votes

That's right, Donald! Use your words! They are the best words, after all.

Oh yeah. Definitely no guns in schools. That's a dumb idea. Except. Except! Maybe ...

18. Poor Ted Cruz Actually Had To Point This One Out

Say what? He didn't get the nickname "Lyin' Ted" for nothing!

19. Thank God Somebody Said It!

Phew! Now we can settle that debate once and for all.

Oh, who am I kidding. This guy was probably doing the same thing in the 2008 election.

22. A Real Description Of The Presumptive Republican Nominee

"We do know that he is a flamboyant entertainer and provocateur who lives lavishly ..." You. Don't. Say. I mean, who needs to write nonfiction about this election, anyway?! Let's just go with a picture book.