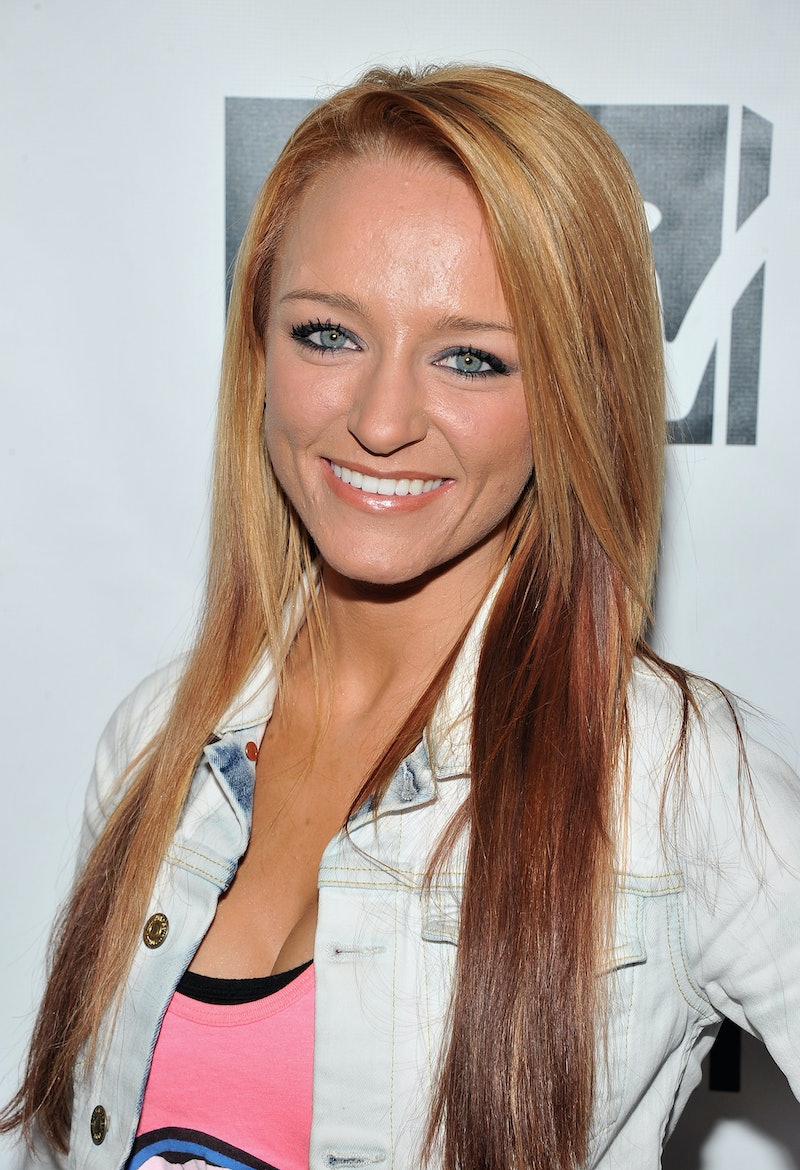 Many congrats are in order for this Teen Mom star. Maci Bookout gave birth to her third child with fiancé Taylor McKinney, she announced on Twitter Tuesday. The couple are now happy parents to a baby boy, who definitely has a great name and just might give you Top Gun vibes. "Mr. Maverick Reed has officially made his debut & completed our family. So much love, so many blessings!" Based on her tweet, Bookout seems overjoyed with her latest addition.

As previously mentioned, this is the 24-year-old reality star's third child. She and McKinney also have a 1-year-old daughter, Jayde. Bookout also has a 7-year-old son, Bentley, with her ex Ryan Edwards.

Before Maverick's arrival, Bookout revealed his name to MTV News in April. "Maverick was actually one of our boy name choices when we were pregnant with Jayde before we knew it was a girl," she said. "Reed is a family name for both our families." They even thought about naming him Connor, but they felt Maverick "went better with the names Bentley and Jayde."

In February, Bookout announced her pregnancy with an adorable Instagram posted on Valentine's Day. As she told MTV News after letting her fans in on her exciting news, "I found out I was pregnant with baby number three right after we got engaged. It was not expected or a planned pregnancy."

Unfortunately, there aren't any photos of Maverick just yet, but based on Bookout's Instagram and the love she shows both Bentley and Jayde, I have a feeling the little guy will be making his social media debut very soon.

Congrats to the happy family!