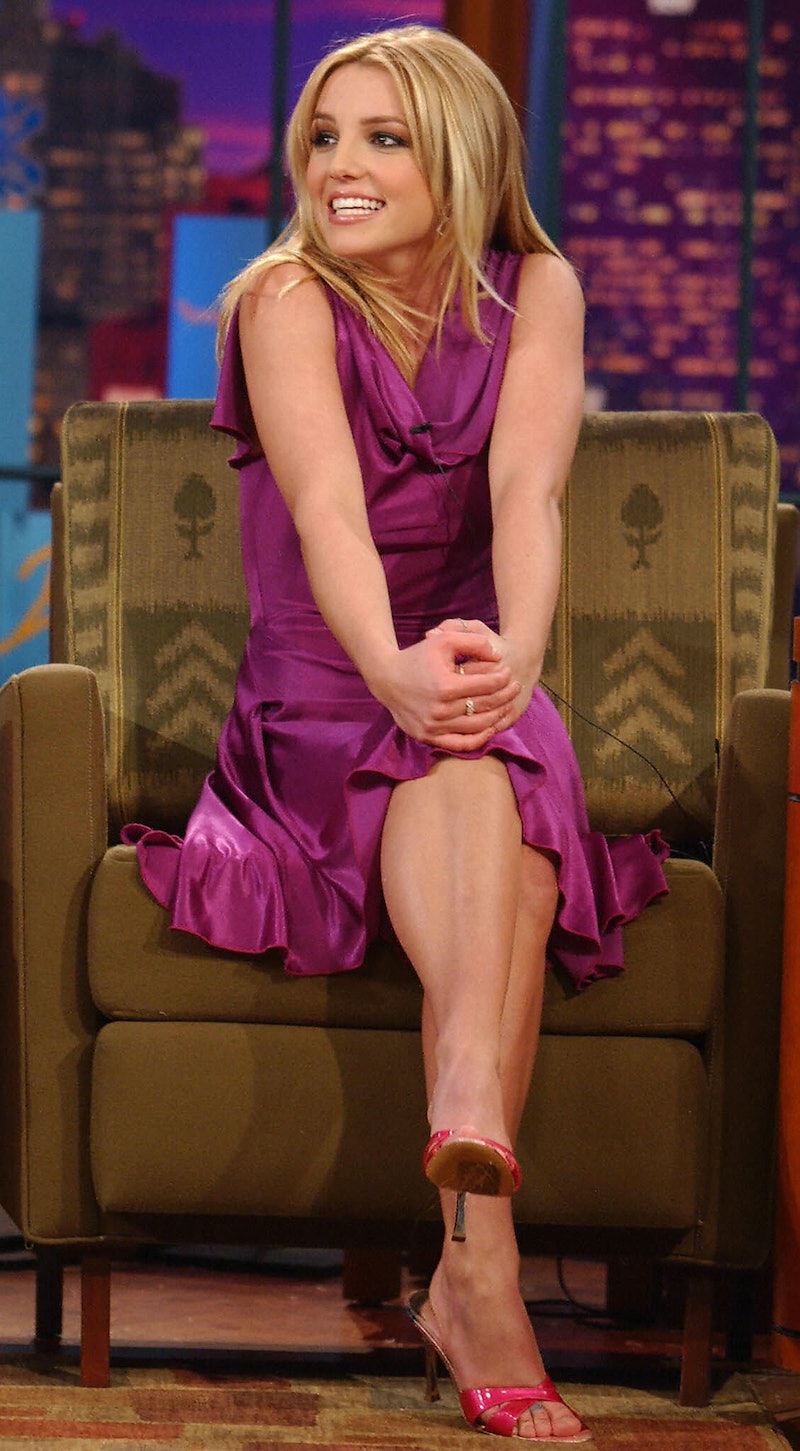 A decade and some change ago, a young pop starlet from Kentwood, La. accomplished something many recording artists only dream about: she reached the top of the Billboard 200 list a second time. As Billboard.com points out, Britney Spears’s Oops!… I Did It Again hit No. 1 on Billboard’s album chart in June of 2000, proving that the immense success of her debut album …Baby One More Time wasn’t a fluke; Our Godney was here to stay.

It's been 16 years since Oops!... I Did It Again appeared on the Best Buy shelves for the first time, and I am as obsessed with it today as I was in 2000. It's not only one of Spears’s best records (it is up there alongside Blackout, In The Zone, and Circus) (I know, I know, so bold of me to say half of the albums in her discography are her strongest album), but it also happens to be one of the best pop records in the history of contemporary pop music. Here's an objective fact for ya: No pop CD collection is complete without a copy of Oops!... I Did It Again.

What is it about Oops! that makes it such an essential pop album?

1. The Singles Really Are Everything

This record gave the world four unstoppable radio hits: “Oops…! I Did It Again,” “Lucky,” “Stronger,” and “Don’t Let Me Be The Last To Know.” It really is an embarrassment of jams.

2. The Deep Cuts Bring The Heat, Too

Just because songs like “Don’t Go Knockin’ On My Door,” “What U See (Is What U Get),” and “Can’t Make You Love Me” didn't make it onto the radio or TRL doesn’t mean they aren’t bangers.

3. Seriously Though, Can We Just Take A Moment To Appreciate The Song “Oops!… I Did It Again”?

Because the title track is a pop masterpiece.

4. Same Can Be Said About The “Oops…! I Did It Again” Music Video

Still not ready to move on from this song and everything it gave us. Just beyond iconic.

The iridescent beaded curtain! That tufted wall! That highlighted hairstyle! That ensemble! This album cover is what would happen if the dELiA*s catalog and a Limited Too store collided, i.e., it’s the stuff of early aughts dreams.

6. Max Martin & Rami Yacoub Produced And/Or Wrote More Than Half Of The Songs

And our ears couldn't be more lucky.

7. Darkchild Produced Her Cover "(I Can't Get No) Satisfaction"

On tracks like “Don’t Go Knockin’ On My Door" and “Stronger,” Brit Brit's distorted vocals sound like a robot and what more could you want out of an album from 2000?

The “Don’t Go Knockin’ On My Door” lyric is just so beautiful. That's all I have to say about that.

Because there are so many terrific things going on here. When the chorus switches things up around the two-minute mark? Chills.

Oh, you thought “Email My Heart” was a powerful ballad about correspondence? In the album's final ditty, Godney sings directly to her diary. Now that's how you wrap up a CD. Take note, everyone.

Happy Sweet 16, Oops!... I Did It Again. May your birthday be as beautiful as the beaded curtain on the CD jacket.