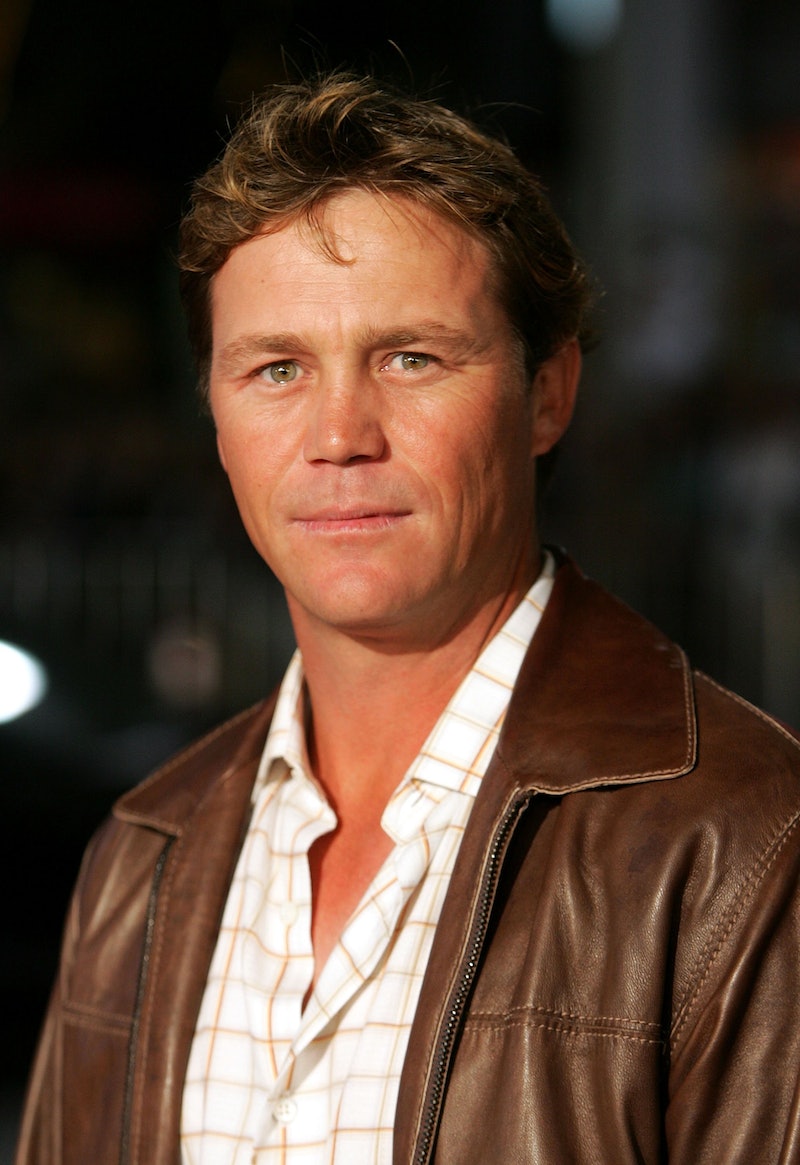 It's no secret that the plots of Lifetime movies are frequently ripped from the headlines and the network loves tales of creepy spouses. So, naturally I had to wonder if their latest offering, His Double Life is based on a true story? This is one movie I hoped was pure fiction — after all, the plot focuses on a woman who marries her late husband's business partner and everything's peachy until her daughter returns home from college and notices that he's behaving oddly. And by "oddly," I mean she sees him meet up with a woman who turns up dead the next morning. Yikes. Here's the official synopsis of His Double Life from Lifetime's website:

Inspired by true events. Five years after her husband was killed in a tragic car accident, Linda starts to rebuild her life and gets re-married, to her late husband's business partner Greg. When her daughter Scarlett returns home from college, she notices her new stepfather is behaving oddly and suspects that he might be having an affair. She follows him and seems to confirm her suspicions when he meets up with another woman. Things get scarier, though, when a day later on the news, the same mysterious other woman is reported dead. Scarlett starts to wonder... who is this man living in their home?

The fact that this movie is "inspired by true events" makes its premise about a hundred times creepier. But, I'll take some solace in the fact that after an extensive search of web-based news outlets, there doesn't appear to be a single story available about this case — so it's safe to assume that filmmakers used a great deal of artistic license, or for whatever reason, don't want to reveal what real story inspired the film.

However, the concept of living a double life is a common plot device — so if you enjoy His Double Life, check out these movies.

Norman Spencer seems like the perfect husband — but when his wife, Claire, experiences visions and voices of a deceased young woman, he's forced to come clean. It turns out he had an affair with a student who later committed suicide (or did she?) and now her ghost has returned to terrorize Norman and Claire.

A respected businessman who was recently named "Portland's Man of the Year" is hiding a pretty major secret — he's a prolific serial killer who has been dubbed "The Thumbprint Killer." While committing a gruesome murder, he's caught and photographed — but the witness has his own creepy reasons for not turning Mr. Brooks into the authorities.

Let's not forget about this Oscar-winning classic. Anthony John is a stage actor who can't separate his own personality from the characters he plays. He's a joy to be around when he's starring in a comedy, but Anthony becomes insufferable every time he's cast in a drama. His wife leaves him and he lands the lead role in Othello, with deadly results.

Although His Double Life is inspired by true events, let's hope that plenty of the plot devices are fictional.