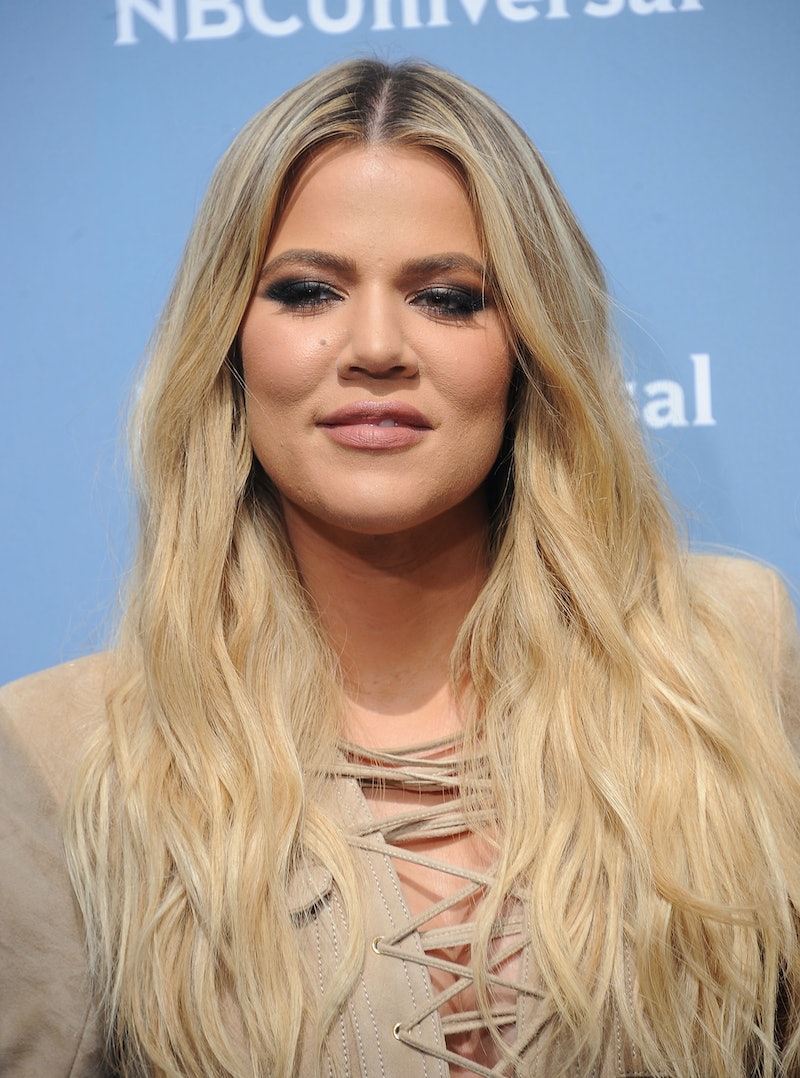 If you're following pretty much any member of the Kardashian-Jenner family on any form of social media, then you're already well aware that Kim Kardashian has released some new Kimoji, because the "big booty" and "Kim crying face" Kimoji simply weren't enough to satisfy our textual needs. Kardashian seems to be pretty much running the emoji game, even though she's got some stiff competition, namely in the form of Amber Rose's MuvaMoji and Blac Chyna's ChyMojis. Rumors of an emoji war have been brewing since all three ladies hopped on the emoji bandwagon, and it seems Kim's sisters Khloé and Kourtney may have just thrown the latest punch... yes, seriously.

I honestly can't even believe that "emoji shade" is a type of shade to be thrown, but anything's possible with these social media mavens, so here we are. Kardashian and her family are, understandably, excited about the new Kimoji offerings, with Kim eagerly retweeting several #NEWKIMOJIALERT tweets and her mom, Kris Jenner, and sisters Kourtney, Kylie, and Khloé all sharing their favorite new Kimoji to their Instagram pages. Kylie poked fun at herself by 'gramming a Kimoji of, well, herself... and Kris shared some hilarious ones of Kim, Kanye, and little North West. But it's Kourtney and Khloé who posted some pretty telling Instagram shots.

Khloé got into the ring first, posting a telling Kimoji of the creator herself, holding an iPhone, with her perfectly manicured middle finger held high. Khloé's photo also proudly features "The OG," seemingly letting every other emoji mogul out there that try as they may, there will only ever be one original emoji queen... and her last name rhymes with Smardashian. (Sorry, Chyna and Rose!).

As for Kourtney... well, her post was equally pretty obvious in the shade throwing department, featuring a Kimoji version of Kim with platinum blonde hair, first doing a finger "shhhh," before also throwing up a middle finger. Her photo is branded "THE ORIGINAL..." so I guess it's pretty clear whose emojis Kourtney is using these days.

Of course, both posts could simply be supporting their sister and her latest attempt to "break the internet..." and may have nothing to do with Chyna's emoji line at all. As for their (potential) response to the shade? Khloé tweeted: