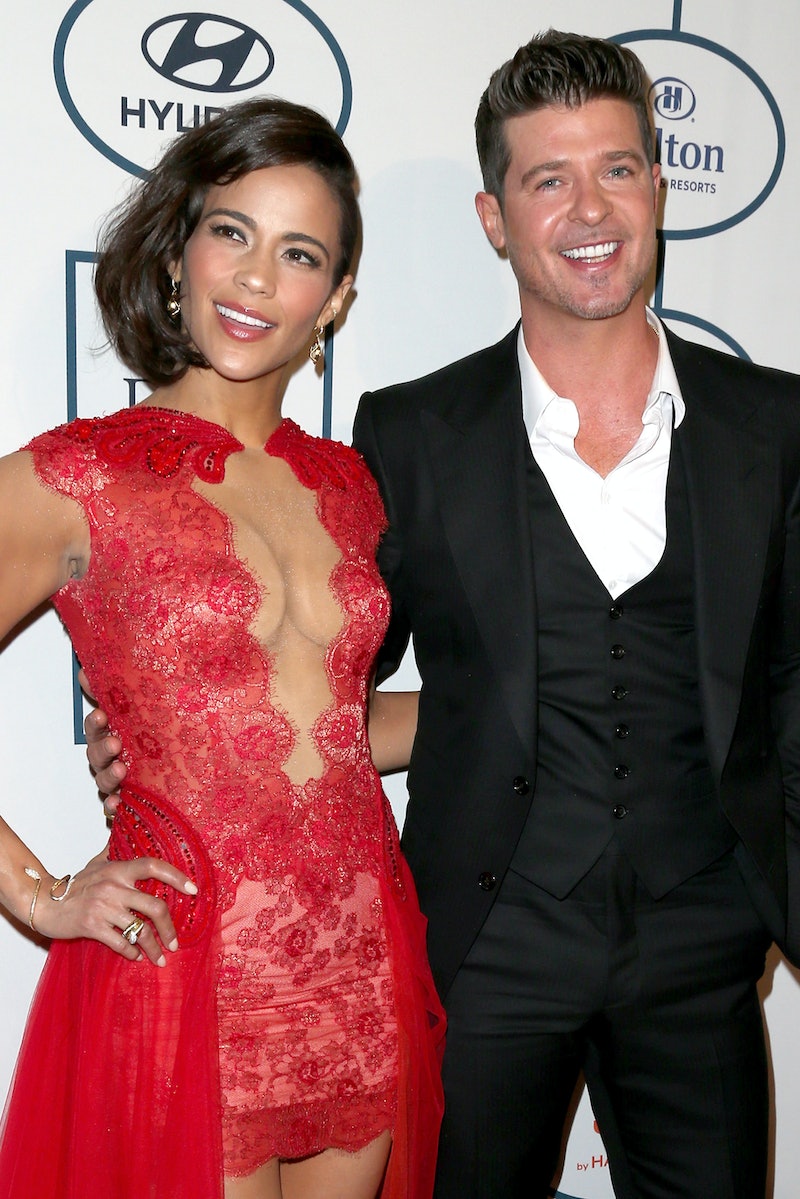 I don't want to say I told you so, but... "Blurred Lines" singer Robin Thicke and wife Paula Patton have split. The couple married in 2005, and first met when Thicke was just 14 years old. The pair had a son, Julian Fuego, together in April 2010. Paula Patton released a statement to People, saying: "We will always love each other and be best friends, however, we have mutually decided to separate at this time."

Controversy surrounding Thicke's controversial anthem, "Blurred Lines" has followed the couple for the past year, and rumors of an impending separation were heightened when photos of Thicke with his hands placed inappropriately on other women found their way to the interwebs. Thicke, 36, and Patton, 38 also weathered the storm that was Thicke's VMA performance with Miley Cyrus. The singer told USA Today in July of last year of his Disconnect wife: "We have a healthy child. We're madly, crazily in love. That's where I was at, and I wanted to celebrate it. Life is pretty good, you know? What it came down to is that at this point in my life, it's most important for me to be happy. That means being with my wife and child. And when I'd play new songs for my wife at night, I'd play happy stuff and sadder, deeper stuff — and she'd always want to go back to the happy stuff."