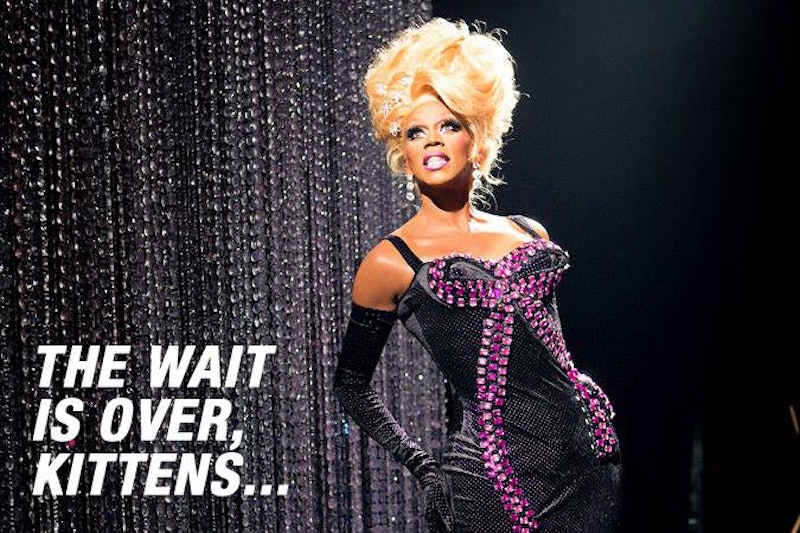 As the premiere of the sixth season of RuPaul's Drag Race draws near on Monday night, RuPaul's discussion with The Guardian about how RuPaul's Drag Race has impacted pop culture is worth a read, and worth even more considerations. In the six years since Drag Race first grabbed the nation by the balls, the show has not only seen an exponential increase in viewing audience, it has also impacted the presence of gay culture in the mainstream, which cannot be undervalued. These same six years have yielded the nationwide legalization of gay marriage and a significant increase in general international acceptance of equal rights, but how much of that can be traced back to Drag Race itself?

Well, according to RuPaul, a hell of a lot. The joie de vivre of RuPaul's Drag Race contestants is one thing that makes the show great and worthy of watching, and something that has always kept me coming back season after season. However, the amount of drag culture and general knowledge it imparts about the hardships and adversity drag queens face is also worth noting. If you can't get behind the glitter and sequins in a show about men dressed as ladies, then its tremendous influence on pop culture and widespread acceptance of homosexuality is certainly something to tune in for.

Sure, I almost died of eleganza that time Roxxy Andrews took off her wig to reveal another wig underneath, but I also find the behind the scenes bits equally powerful, wherein underdog queens like Jinx Monsoon told their stories. The fact that RuPaul's Drag Race has only gotten bigger and bigger since its inception on a small network all those years ago speaks to a wider acceptance of the themes found within; themes of love and perseverance.

Even if you can't understand whats so great about a reality show where drag queens compete against one another, you can certainly get behind those essentially human principles. Tune into LOGO to see the newest season, all T no shade.