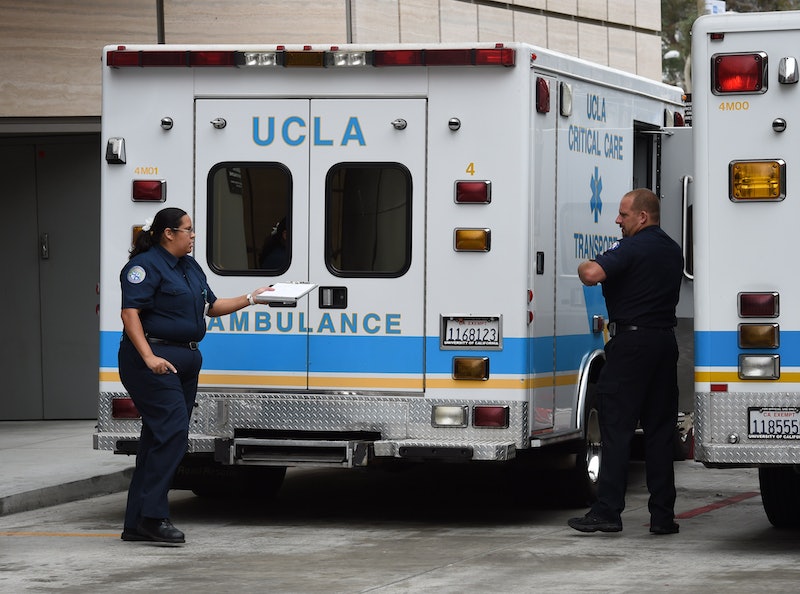 A shooting on the University of California, Los Angeles campus has left two UCLA victims shot, according to the college's newsroom. The Associated Press reported that a university spokeswoman said two victims have been confirmed but their conditions are currently unknown. Classes are still in session, with commencement ceremonies beginning on June 10. The shooting, which reportedly took place at an engineering building put the campus on lockdown around 10 a.m. local time. Update: At around 11 a.m. local time, the LAPD said the two people have died. An hour later, around noon, the Los Angeles Police Chief confirmed that the shooting was a murder suicide.

The identities of the victims are still unknown, though police reportedly confirmed that they were both men. It's unclear if they were students, and it's also unclear whether or not one of the victims was the shooter. According to a student who spoke to the Los Angeles Times, she and several other students took cover in the nearby library, and they heard helicopters overhead. "The whole campus just started running and I started running too," she said.

Soon after the shooting was reported and police arrived to the scene, the entire city of Los Angeles was put on tactical alert, and the L.A. Police Department's bomb squad as well as the Bureau of Alcohol, Tobacco, Firearms and Explosives (ATF) responded to the scene. Hundreds of LAPD officers, as well as the L.A. Fire Department, were sent to the campus to respond to the ongoing situation.