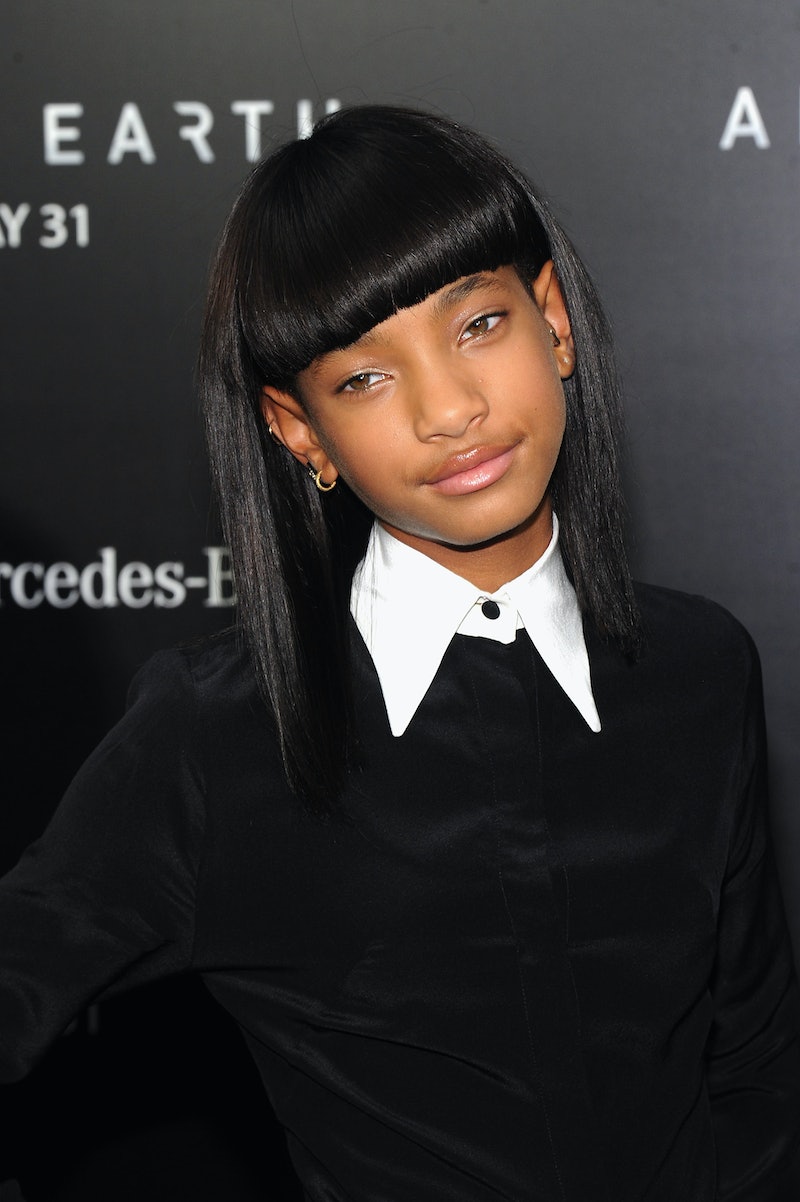 Don't say I didn't warn you -- Willow Smith's new music video for "Summer Fling" is kind of bizarre. It features the very American Smith speaking into the camera in an English accent, hippie-girls tossing colorful smoke in the air, and one really awful blonde wig. From a zero to Miley Cyrus' "We Can't Stop", "Summer Fling" is about a six on the weirdness scale.

But the video's strangeness isn't what's earning it the most attention. Smith's video is getting flack for being "inappropriate." I know we all thought that Smith was like, 30, but the girl is 12, and barely past the sixth grade. In the video, our pre-teen Smith fakes a relationship with a seemingly older guy, and, according to her lyrics, the guy tells her that she's "the one." Smith replies, saying it's "just for fun." They also "walk the beach at midnight" and "fight less and love harder".

While nothing happens in the video beyond holding hands and staring at one another longingly, the relationship depicted is raising eyebrows. After all, isn't Smith a little young to be using the term "fling" to describe her relationship with a boy? While "summer fling" in this context seems like a stand-in for saying "sweet summer romance", many people associate the phrase with a casual sexual relationship, which, naturally, is cringe-worthy coming from a 12-year-old.

But let's back track it up here, people. Before we jump on the Willow-Smith-is-too-young-for-this bandwagon, let's take a look at the video and at, I don't know, the rest of the world. Yes, Smith is indeed too young for a mature relationship, but that's hardly what this song is about. The kids don't even do so much as kiss in the video -- instead, it's all cute walks on the beach, hanging out underneath trees, and making eyes at one another across a group of their friends. Is this really any different from what non-famous 12-year-olds do?

And aside from her supposed improper fling, she's not doing anything else in the video that's, you know, bad. Hanging out and partying (with water guns, mind you, not beer funnels) in the summertime with her buddies looks fun! Yes, some of her friends do seem a bit older (maybe they're supposed to be older brother Jaden's friends? He does make an appearance in the video ... ), but unlike Miley Cyrus's most recent summertime tune, these friends aren't trying to snag some coke in the bathroom.

So let's lay off Willow Smith's new video. We all want our celebrity children to behave like kids, and it seems like Smith's doing just that. Now, about that wig ...