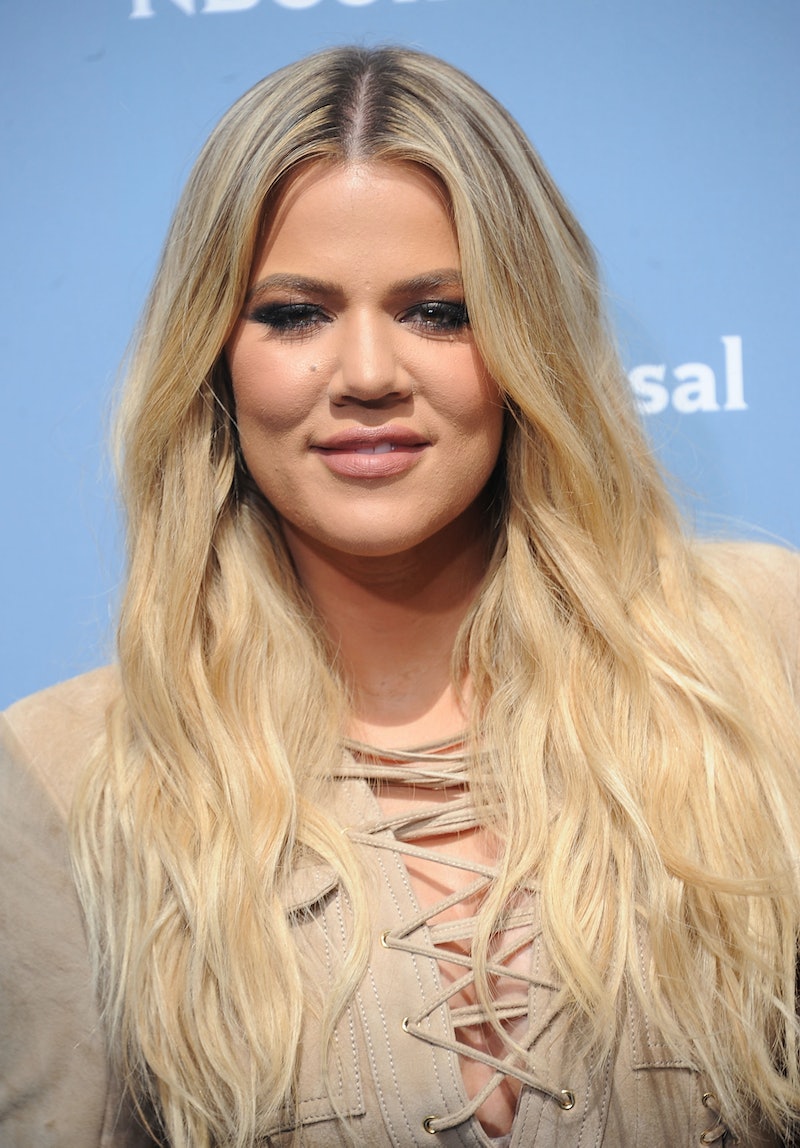 Kardashian's denim line was teased only a few short weeks ago when an open casting call went out on the star's Instagram page asking for "beautiful, powerful women" for the denim line. Kardashian's denim appears seriously seems to have a plus positive bent. When fans visited the website linked in Kardashian's post, a message appeared that seemed to explain the conception behind the line. The post stated that a move toward a fuller figure signals a move toward "embracing the body you were given."

While there hasn't been a full look at the jeans yet, Kardashian's denim line's semi sneak peak on Instagram and Snapchat show a totally Kardashian look that is sure to please her fans and slay the denim scene. With ripped knees, cuffs, and a high-waist, the look is definitely on trend.

While Kardashian's Instagram post doesn't quite show off the jeans, younger sister Kylie Jenner's Snapchat from on set definitely gives a full view of the look.

The light wash and high waist are a total throwback, and there's no doubt Kardashian look killers in the pair of jeans. Plus, they're definitely in line with some of her other denim ensembles. While this may be a brief sneak peak of Khloe Kardashian's denim line, it does give a little bit more of an idea of what we could see.

Kardashian definitely has a thing for this look.

Kardashian denim in a low-rise is probably not to going to happen.

Kardashian rocks multiple washes of jeans, so I'd bet you can expect that from the line.