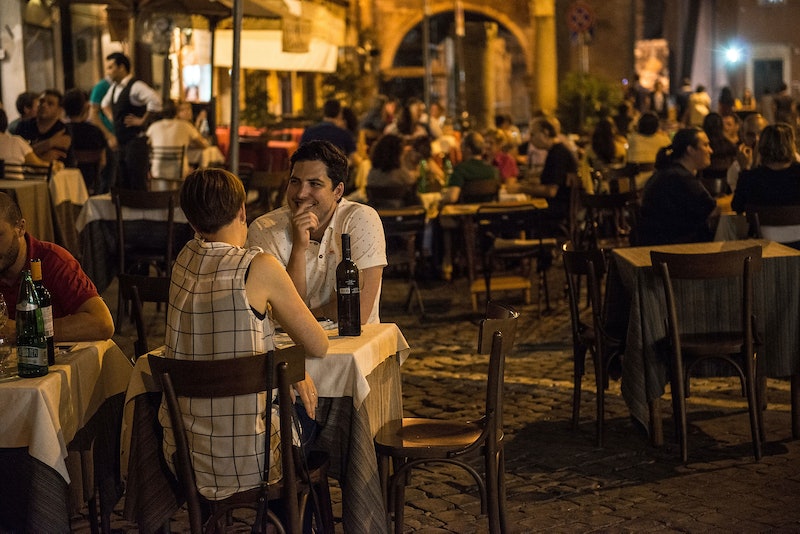 A recent study from Hloom reveals that eating out and throwing away uneaten food are major sources of wasted money for people all over the country. However, the degree to which people indulge in unnecessary food expenses varies geographically, and the study breaks down which states eat out the most and waste the most food. A lot of factors influence how people spend (and waste) their money, from gender to socioeconomic status to generation, but Hloom’s survey shows that people in different parts of the country tend to follow certain trends. Long story short: If you live in the East South Central region of the United States, you might want to take a good, hard look at how much of your paycheck is going toward restaurants and wasted groceries.

Hloom, a provider of free Microsoft templates, surveyed 2,000 people from across the United States about their financial habits. Across the board, people cited eating out as their biggest guilty pleasure, with nearly 70 percent of respondents describing eating out as a major money waster. Although people in every part of the country said they eat out too much, some regions do so more than others. The biggest culprits were states in the East South Central region of the United States: Kentucky, Tennessee, Alabama, and Mississippi, where nearly 77 percent of people think they spend too much on eating out. These states were followed by most areas of the Midwest and South.

People in New England waste the least money eating at restaurants, followed those on the West Coast. It’s notable, however, that even in New England, where the fewest people waste money eating out, 62.65 percent still admit to spending too much on restaurants, which means that even those who are fairly frugal about eating out still waste a lot of money doing exactly that.

Survey respondents also cited food waste as a major money drain, with 32 percent admitting that they waste money on expired or uneaten food. Perhaps unsurprisingly, the regions that spend the most money eating in restaurants also lose the most money from wasted meals and groceries. Hloom estimates that people in Kentucky, Tennessee, Alabama, and Mississippi each spend an average of $285 on wasted meals and $360 on unnecessary groceries every year. In contrast, the people who eat out the least, New Englanders, also waste the least food. Hloom estimates that people in New England lose $180 on discarded meals and $215 on surplus groceries annually.

To see more of Hloom’s survey results, check out the full study here.

More like this
8 Money Saving Experts To Follow For Accessible Advice
By Maxine Harrison
What Is Julia Haart’s Net Worth? The My Unorthodox Life Star Is A Shoe Mogul
By Radhika Menon
Rita Ora’s Empire Is Fifty Shades Of Impressive
By Darshita Goyal
Mike Tindall’s High Earnings Amount To A Royal Flush
By Darshita Goyal
Get Even More From Bustle — Sign Up For The Newsletter