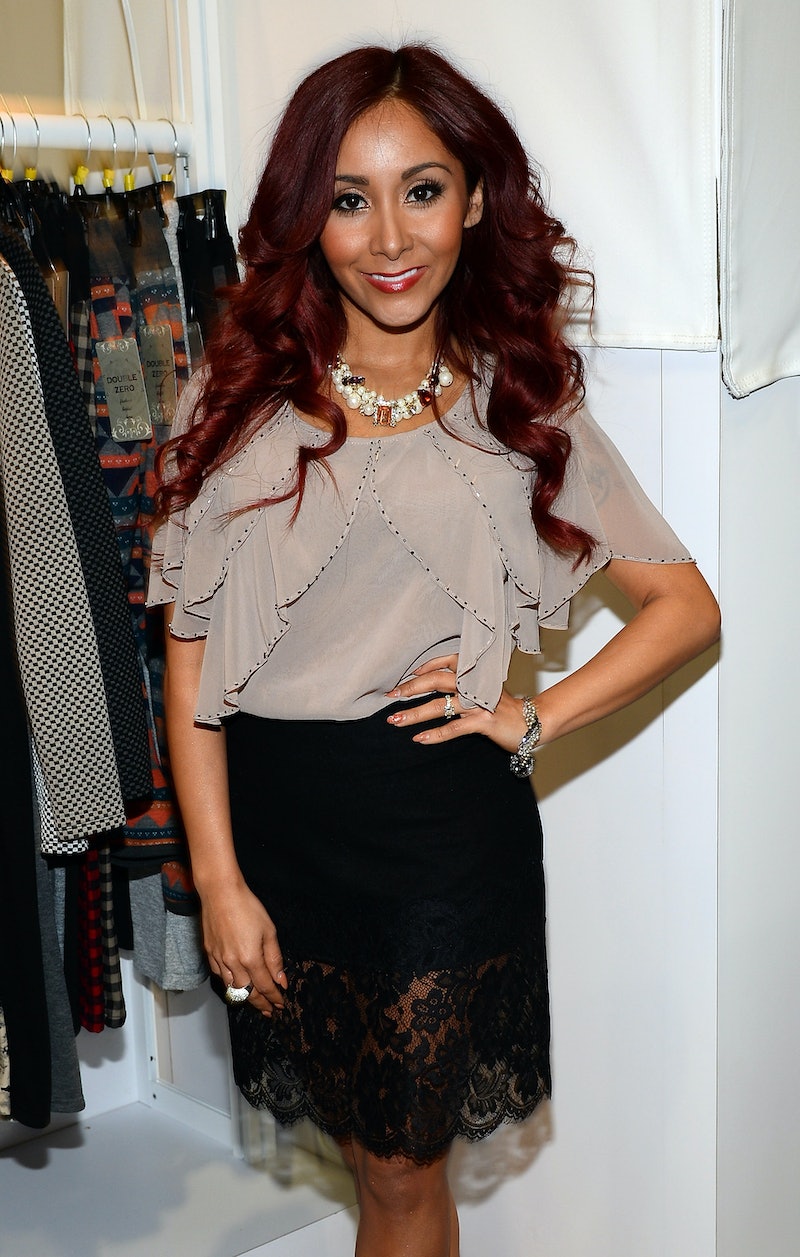 It looks like Snooki's 18-month-old son Lorenzo may have a little brother or sister soon. According to reports from TMZ, Page Six, and other outlets, Snooki is pregnant with her second child with fiance Jionni LaValle, but is keeping the news on the down low for now. The former Jersey Shore and Dancing With the Stars reality star is reportedly a few months pregnant, but is keeping the news under wraps for now, since she's making "lucrative personal appearances."

Snooki's rep declined to comment to Page Six, and didn't respond to TMZ. However, Gossip Cop confirmed her pregnancy. It's a whole lot of rumors in the rumor mill, but hey, if Snooki is pregnant, that's great news! She truly seems like a loving, hands-on mom, and is constantly posting cute pictures of Lorenzo to Instagram.

I also think it would be fun for Lorenzo to have a playmate. You know, when he's tired of playing with JWoww's yet-to-be-born baby, and all.

Snooki is now in the process of planning her wedding to LaValle, and told In Touch that her nuptials will be The Great Gatsby-themed.

She gave birth to Lorenzo in August 2012. That was also the same year that the reality star's book about her first pregnancy, Baby Bumps, came out. Will we be getting Baby Bumps 2 soon?