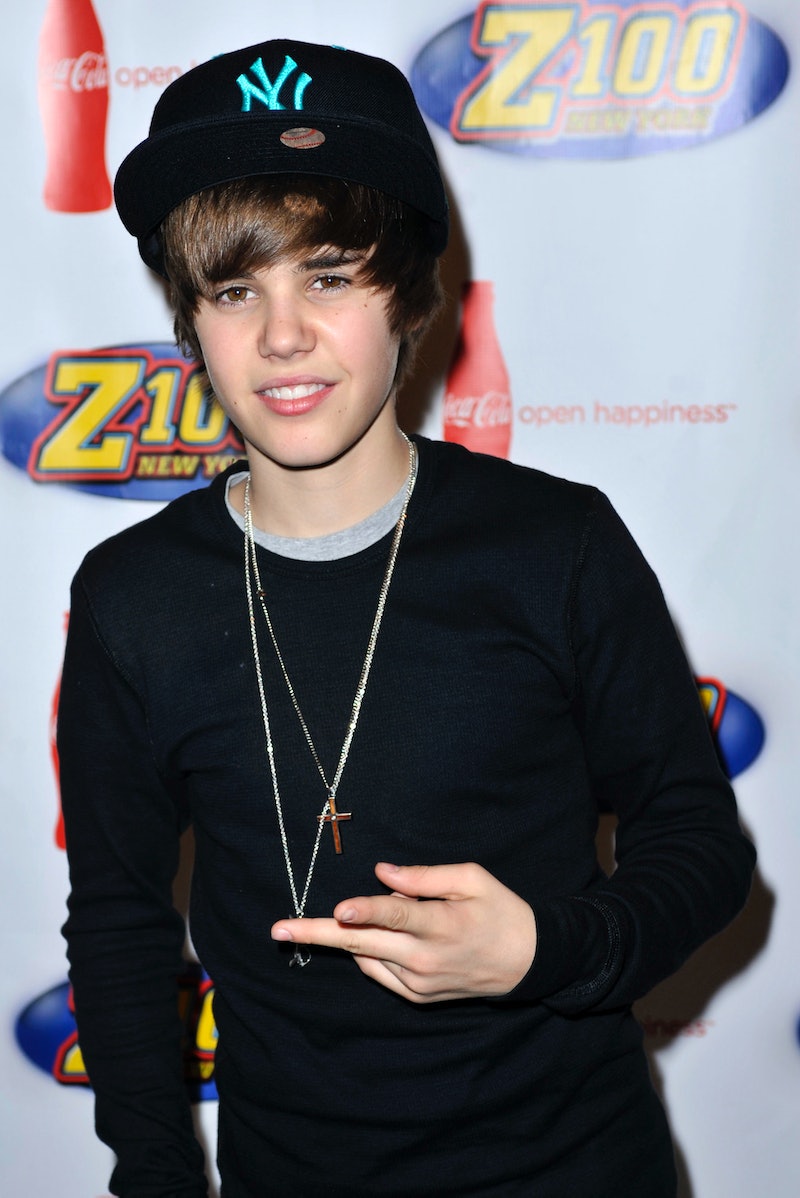 Since it's not enough these days for a celebrity to be a regular old social media maven on Instagram, Twitter, and Snapchat, somewhere along the way the next logical step came for celebrities to design their own emoji lines. Everyone from rapper Future to actor Charlie Sheen (and of course, Kim Kardashian and her future sister-in-law, Blac Chyna) have their own emoji lines now, so I think we've officially found 2016's "celebrity perfume line." Naturally, it didn't take long for Justin Bieber to release his own emoji line, and the newly-released Justmoji prove that the singer hasn't abandoned his teen heartthrob days of yore.

Of course, Bieber has come a long, long way from his early days with his signature hair flip, crooning "Baby" to hordes of teens and tweens that could barely contain themselves at the mere sight of him. The drive down Bieber lane has taken plenty of weird turns since then, as early Beliebers can attest to. But there's one emoji in the Justmoji collection that shows the Biebs is good-natured about his squeaky-clean early days, and it's also probably the cutest offering in the Justmoji line. If you're looking for an adorable throwback emoji to send to your friends, this is it:

I mean, how cute is that? The Justmoji line features plenty of more modern-day Bieber images, even including his now-signature blonde hair and dreadlocks, but this one emoji will give you all the 2009 feels you never knew you needed. If you want to send a Justmoji to your friends who used to think it was lame to be called a Belieber, then realized how wrong they were, this is the one you need. Or if you're just feeling nostalgic for the days when Bieber's biggest controversy was the fact that he was dating Selena Gomez, then this is truly the emoji you need in your life.

Sure, Bieber is no longer that cherubic boy with a sheepish smile, but most days, it seems like he is growing up... or at least trying to. And it's nice to see that even in his emojis, which feature both his silly side and his spiritual side, that he still has a good sense of humor about his teen pop past. Now excuse me while I blast a little "One Less Lonely Girl" in honor of the Justmoji line.