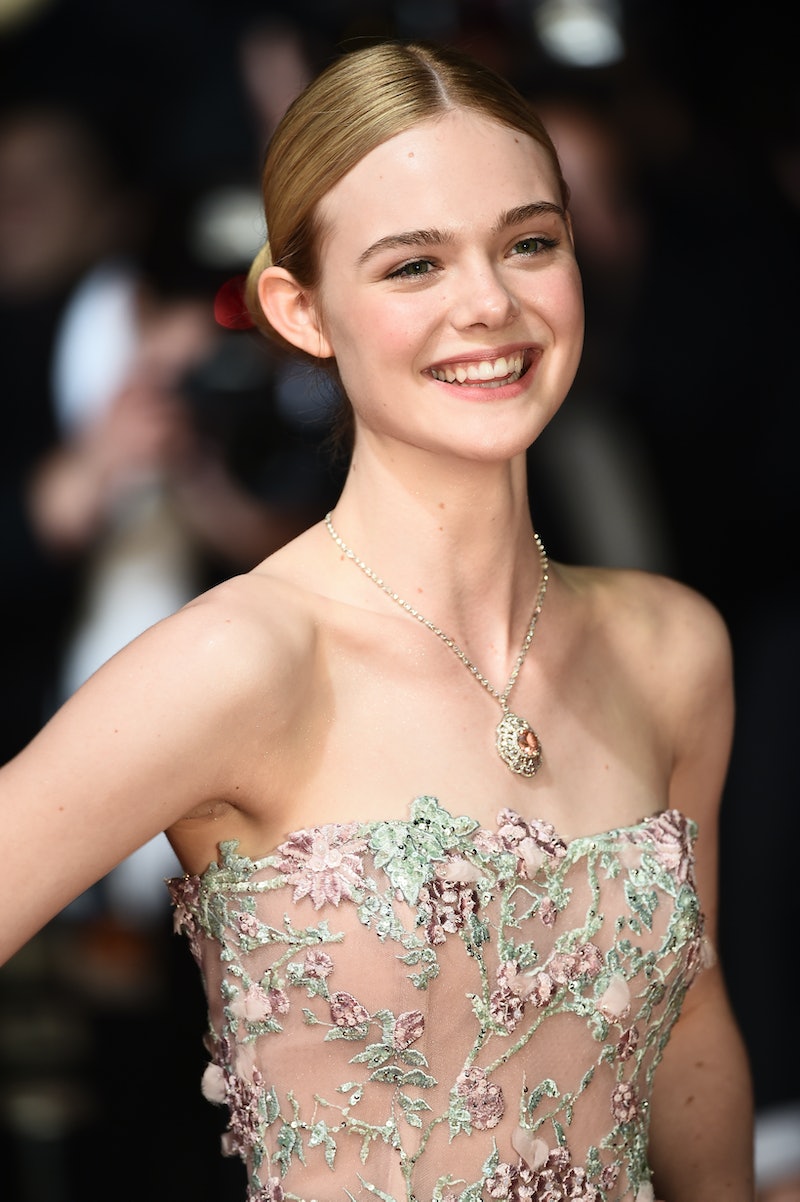 If you thought glitter makeup was over, think again, because Elle Fanning wore glitter eye makeup to the Gucci party, and it's going to give you serious middle school flashbacks. Just when you thought it would never, ever come back in style, it finally did. So you can un-hide all those old photos from middle school dances you've been keeping on the DL (not saying that's me or anything).

Once upon a time, before cat winged liner and contouring took over, glitter was a go-to beauty staple. Whether it was for a pep rally, a recital, a school dance, or just a particularly fabulous day in junior high, glitter meant glam, and there was no such thing as too much sparkle. But as we got older (and clearly, beauty wiser) fab turned into tacky, real quick — but hold up, because glitter might be making a comeback. Elle Fanning, who is in London attending the Gucci show, just wore glitter eye makeup, and when you see it, you're going to be ready to brush up on your glittering skills. It's so pretty.

The actor posted a selfie to Instagram on Thursday, showing off her sparkling eye makeup, which featured mascara, gold glitter underneath her eye, and red, green, and gold stars. And it's the ultimate shimmering look to try out this summer.

And given that she didn't just wear this for a night out with her friends, but for a Gucci party — I think glitter officially has fashion's seal of approval.

If you want to steal Elle Fanning's glitter eye makeup, here's what you need.

Keep the rest of your eye makeup (shadow/liner) minimal and natural, because the focus of this look is the glitter, but you want to use a bold mascara to define your lashes.

Once your lashes are set, it's time to break out the glitter. Apply gold glitter underneath your eye, starting at the inner corner, swooping downwards towards your nose, and ending at the outer corner.

Finally, add a few foil star stickers on top of the glitter. To steal Elle's exact look, choose red, green, and gold, but the color possibilities are endless.