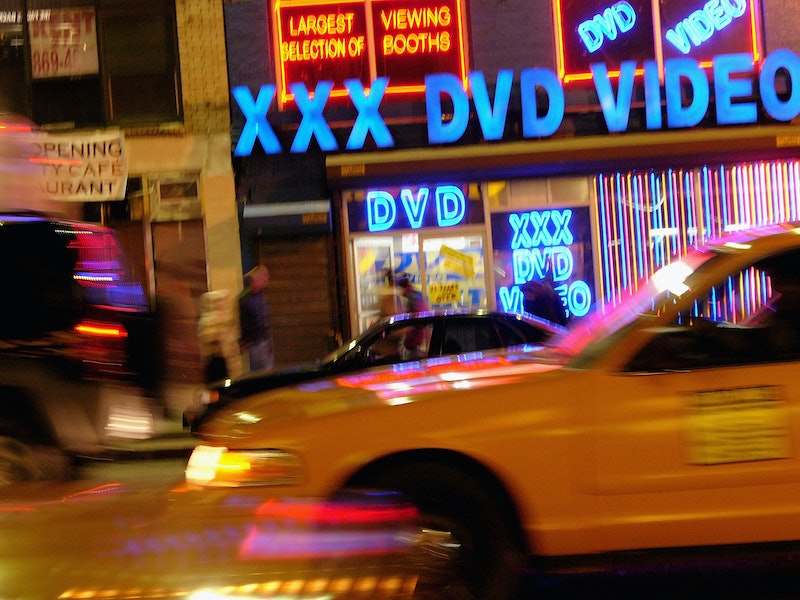 As I've worked between the U.S. and the UK, I’ve grappled in particular with the contradictions of America’s status as the biggest producer and consumer of pornography, and its paranoia about sexual morality — particularly female sexual morality. So my reaction was essentially one of expecting nothing less (and nothing more) from a country that loves to make money off of female sexuality, but cannot tolerate letting women own their own.

These may seem like petty cyberspace victories, but they are rewriting sex workers’ histories; the people who have long been the scapegoats for societal fear about the demonic force that is human sexuality.

What’s particularly disturbing about these stories — apart from the moral furore surrounding them — is the regularity of these kinds of ‘outings,' and the repeated themes that underscore each individual case: how the young women are outed (via internet gossip forums and social media); how they are forced to justify their actions; (for money to pay for something that will ‘better’ them, like their degree); and how their privacy is so grossly violated, with "every private detail about my life…dissected," as Lauren herself puts it in an open letter published by XoJane.

I am well aware: The threat I pose to the patriarchy is enormous. That a woman could be intelligent, educated and CHOOSE to be a sex worker is almost unfathomable.

There are feminists that want Lauren silenced as well; most galling of all because they should know better than anyone why the silence of women is treachery. Lauren implores them not to write her off.

Please do not continue to make the mistake you have made in the past of ignoring the voices of minority communities. Listen. Listen to the women who have for so long been silenced. Listen to their thoughts and their needs. Only then can we achieve solidarity and true progress within our movement.

Thankfully, the frequency with which exposed sex and adult industry workers now rail against being publicly slut-shamed is increasing. Last year, former Miss Delaware Teen USA Melissa King was stripped of her title after it was discovered she’d stripped on film. She later took to Instagram to share a cheeky cake-icing covered face shot, captioned ‘Not again,' to make fun — and take charge — of her identity as a former adult movie star.

Then there was Christina Parreira, a college student and sometimes-porn performer who it was revealed had exchanged sexts with former Pasadena college professor Hugo Schwyzer. Schwyzer was the one breaking ethics codes by sleeping with students, but she was the one exposed online. So she hit back with an article on her blog, which was soon widely syndicated around the net.

These may seem like petty cyberspace victories, but they are rewriting sex workers’ histories; the people who have long been the scapegoats for societal fear about the demonic force that is human sexuality.

Far better that we get to read Lauren’s story, as told by Lauren. Far from being just another porn-star college student scandal, her open letter is a rallying cry for female sexual agency. And we could use more of those.